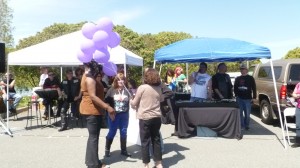 Remembering the founding President of Low Creations Car Club was the reason hundreds of car and bike enthusiasts gathered at the 5th annual Derrick Ward Memorial Car Show Sunday at the Brisbane Marina.  Cindy Langley, of South San Francisco, is the events key organizer.  She is also the Vice President of the Golden Gate Street Machines and met Derrick years ago when he painted her bike at his shop, ‘What It Is Body and Paint Shop’, in Pacifica.

The purpose of this event is to raise funds and awareness about pancreatic cancer, which is what took Derrick’s life at the age of 50 in April 2007. Pancreatic cancer is such a quick killer, claiming Derrick within 45 days of being diagnosed.  But his life was about bringing people together from all circles of life, teaching the youngsters the way to grow, helping out those in need, and being an example to his two sons, Eric and Chris Ward.

With Whitney Houston’s song, I Will Always Love You, blasting from the sound system, Derrick’s wife Anna Ward, along with his sisters and Cindy, released purple balloons into the air after saying a short prayer. 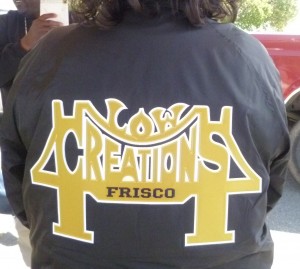 Cindy reported each year the event grows and this year there were approximately 300 motorcycles and 250 cars registered, along with many vendors supplying food and T-Shirts, jewelry and other items.  Brisbane police were on hand and reported over a thousand in attendance throughout the day at this 5th annual event.  It is always a family friendly and peaceful event which reflects the attitude Derrick displayed through his life. The motto of his Low Creations Car Club was ‘no color lines’ and all ethnicities were equally accepted.  That was evident in the large mixed crowds that were enjoying a beautiful day at the Marina honoring a special man that touched them all. ‘Nothing but love for Derrick’ was the theme that continually resounded.

Derrick’s shop, ‘What It Is Body and Paint Shop’ is now owned by his eldest son Eric who was schooled early by his dad on working the magic on these cars. Body work and paint jobs, with extreme care and creativity, are a family trademark. 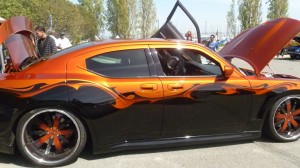 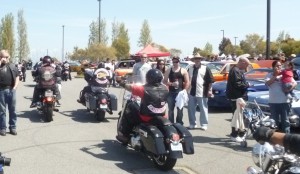 Everyone came out to celebrate Ward’s life legacy