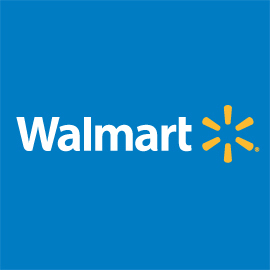 Will Walmart come to South City?

Rumors of Walmart moving into South San Francisco were addressed by City Council at the regular council meeting November 14. It appears there has been a dialogue between Walmart and the Lowe’s store located on Dubuque as Lowe’s considers options to cut losses from reduced revenue and find a way out of their long term lease.  No formal plans have been submitted to the city by Walmart or any other superstore to date. City staff weighed in on the concept of superstores and advised council of three potential avenues to address this issue with recommendation of a Zoning Amendment:

An analysis was performed by Seifel Consulting Inc. on the potential impact on existing grocery stores should a grocery superstore open on the Highway 101 corridor near South San Francisco.  Concern has been a reduction of up to 20% in sales to the other local grocery stores should a Walmart or similar superstore open.  There is also much speculation of a renovated Safeway on Spruce and El Camino Real after other neighboring cities have seen new construction, specifically Burlingame and Millbrae.

Some residents have expressed a great interest in seeing a Walmart open in the general area sighting the inconvenience of long drives to Sunnyvale as well as wanting to see their money spent in South City.  Further some have questioned the existence of COSTCO on the East side of 101 and the need for more grocery store options closer to home.  Mayor Garbarino and Councilmember Mullin agreed that grocery stores should be within close proximity of neighborhoods and that perhaps East 101 was not the best location.

Resident Andrea Villa questions, “What do they mean by this? Who do they think the people are that live in Sterling Terrace, Terra Bay and Peck’s Lot? We have to drive on the other side of SSF to grocery shop. I would welcome a store that is within walking distance. What about the Costco on Airport Blvd? What residential area is that for? I shop at that Costco because the other Costco on El Camino Real is too crazy and crowded. And, groceries are not the only items Walmart sales.”

However other residents and community planners see East 101 as the place for transit building as anticipated plans to renovate the train station are worked out after the dissolution of the Redevelopment Agency.  “Developing a long term strategy for the downtown area is necessary,” resident and Park and Recreation Commissioner Mark Nagales said. “This area has great potential for being transit-orientated. The council’s decision to agendize a moratorium on grocery stores east of the 101 for the next meeting in December is a good idea. This will allow time for residents and business owners the opportunity to weigh in with their opinions”

More information on this issue can be found at the SSF website under City Council meeting staff report and minutes or by contacting the city clerk’s office. To weigh in on this issue contact Councilmembers by mail at City Hall P.O. Box 711 South San Francisco, CA 94080, by email to rich.garbarino@ssf.net pedro.gonzalez@ssf.net mark.addiego@ssf.net karyl.matsumoto@ssf.net or by phone 650-829-6601.

Please do not let walmart into our city. we are known as a wonderful place for workers. for many
many years Walmart has so little regard for the well being of its employees.