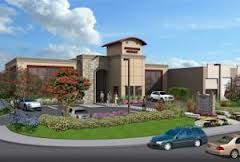 Anchor Drugs on South Spruce was robbed on Wednesday

On Wednesday January 9th, around 9:15am there was an armed robbery at Anchor Drugs on South Spruce. Reports state an undisclosed amount of money and drugs were taken by two suspects who were not apprehended and are still on the loose.

Anchor Drug Owner Mona Jajeh checked in with Everything South City, “We are all ok. It was very scary but thank God no one was hurt. We re-opened the store at 2pm.”  Another ESC friend, Nancy Molina added, “I am just glad everyone is OK.  My husband and brother in law work there and to just get that text it was scary. I am thankful to know they are safe.”

These guys must have known where they were going and what they were after so someone must have seen these them before in the area. Please share any info with our police by calling 877-8900 or the anonymous tip line at 952-2244. Police media release can be view here.

This was part of our Facebook conversation as it happened in real time:

ESC: This is what we have and ask that others share info as it becomes available:
*Maura Silva-bouc
Heard there was a strong armed robbery at Anchor drugs. Guys got away in red car. Anyone heard about this?
27 minutes ago
*Andrea Villa
I work down the street from Anchor Drug….our courier said that it is all taped off and there are a lot of police cars surrounding the area. Maybe a robbery?
2 hours ago
*Angelina Anderson Medina likes this.
.
* Debbie Lallas
Looks like a robbery at Anchor Drug on Spruce!
3 hours
* Andrea Villa likes this.

*Danielle Howard
Whats going on on Spruce…officers with their guns walking around looking for someone??

*Jason Glines: Officers at Raymond and around Anchor Drugs