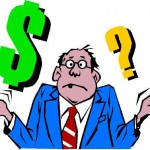 San Mateo County Association of REALTORS has put out an urgent media advisory regarding an upcoming City Council study session slated for Wednesday January 16 to further discuss the current practice of home inspections by our Fire Department on all homes put up for sale.  These ‘Point of Sale Inspections’ have brought about much controversy from the Real Estate profession and residents alike.  Many question if the city’s purpose is safety or money since items of concern, smoke alarms and secured water heaters, are already covered through the sales process. The City of South San Francisco sites a charge of $125 for this inspection and offers this information on the program:

The South San Francisco Fire Prevention Division has had a voluntary home inspection as far back as the 60’s. In 1985 a smoke detector ordinance was passed for the point of sale inspection of smoke detectors for life safety. In 1989 due to the Loma Prieta Earthquake; water heaters were then added to the inspection program due to loss of life and property. In 1994; a fire that killed 4 children from bars on windows with no means of egress; caused this too to be added to the inspection list. Most recently with soaring mortgage prices in the early 2000’s homeowners began to build illegal living spaces, rooms and apartments. This is also now included as part of our inspection. The Program monitors single-family, duplexes and multi-family, residences in accordance with fire life safety issues. Every year fires occur in non-compliant properties. By identifying unsafe or hazardous conditions and working with the property owners and occupants to have them corrected helps prevent civilian injuries and fatalities. In 2008 more than 3,320 people were killed, 16,705 people were injured with property damage exceeding 12 billion dollars. While these types of properties are required to have smoke detectors, 63% of home fire deaths resulted from fires in homes without working smoke alarms.

Teaming up for the Quality of the Community
The City of South San Francisco looks forward to working with prospective new homeowners, their realtors and investors to prevent blight and the diminution of property values in our neighborhoods while at the same time ensuring a property’s compliance with our Municipal Code.
Pre-Inspection at No Charge
Prior to placing home on the market, we can come in and make you aware of any existing code violations. Limited consultation services are also available to property owners at no charge to assist them in their efforts to comply with applicable codes.
Appointments
Appointments for pre-inspections, consultation services or home safety inspections may be schedule with the Fire Prevention Division by contacting them at this number (650) 829-6645. Thank You! By working together, our efforts will help maintain property values, remove blight as well as prevent crime and vandalism. The Fire Prevention Division encourages residents of South San Francisco to call the Code Enforcement Hotline at (650) 829-6682 if they concerns regarding a life safety matter.
Home Safety Inspection
Prior to transfer of ownership an inspection by the Fire Prevention Division is required to ensure that smoke detectors and water heaters have been installed properly. In addition, the property is also surveyed to ensure that window bars over bedroom windows have been equipped with the necessary releasing hardware and that no other serious health or safety violations exist. There is a $125.00 inspection fee that is due at the time of inspection
Common Violations found during inspections:
• The accumulation of abandoned, discarded, or dilapidated vehicles, appliances, furniture, etc.
• Overgrown, dead, decayed, diseased or hazardous trees, weeds or other vegetation
• Properties which are dilapidated, abandoned, boarded up, partially destroyed, have broken windows or left in a
state of partial construction for an unreasonable period of time
• Unsecured properties
• Graffiti
• Fences or gates which are sagging, leaning, fallen, decayed, extending into the public right-of-way
• Pooled oil, water, or other liquid accumulation, flowing onto the street
• The existence of any body of stagnant water or other liquid in which mosquitoes or other insects may breed
• Awnings, covers, canopies, umbrellas, screens or other window coverings or building structures which are damaged, torn, severely faded, rusted, bent, unpainted or in some other state of disrepair
• Automobiles, recreational vehicles, campers, etc. parked on an unpaved surface or within required setbacks
• Blocked exits or non existent exits
• Smoke Detectors and Carbon Monoxide Alarms not installed in or near sleeping areas
• Smoke Detectors not working
• Bars on windows and doors that are not self-releasing
• Water heaters not properly secured, vented or raised.
• Non-permitted windows that do not meet egress requirements 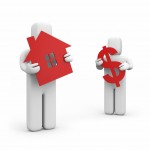 Where does this leave the homeowner, buyer or seller, in this situation?

San Mateo County Association of REALTORS® has taken a very strong stand against these practices siting South City as the only city within the county that requires additional inspection and sees this as an infringement of the 4th amendment of the Constitution.

Where does the homeowner, buyer, and seller fall into this scenario? What is the best for them? Below is SMCAR’s press release stating the situation from a different perspective.
Urgent Media Advisory – South San Francisco City Council study session on mandating sewer lateral and home inspection prior to sale of property on January 16

On Wednesday, January 16, 2013, the South Francisco City Council will hold a second study session on the city’s current practice of mandating a sewer lateral as well as home inspection before the sale of a private residence is allowed to close. The meeting, which begins at 6:30 p.m., will be held in the City Council Chambers, located in the Municipal Services Building at 33 Arroyo Drive.

“As REALTORS®, we have serious practical and legal concerns with South San Francisco invading the privacy of its citizens with warrantless inspections, and interfering with a citizen’s right to buy or sell their home,” said Steve Blanton, Executive Officer for the San Mateo County Association of REALTORS® (SAMCAR). “At the first study session last October, the City Council gave specific direction to the Fire Department to meet with the real estate industry and come back with alternatives to these costly-time-of sale mandates.

In the course of researching the issue SAMCAR found that some homeowners had been fined in excess of $80,000. “The meetings have occurred; the alternatives have not. South San Francisco Citizens are mostly unaware about the city’s ability to stop the sale of their residence and assess outlandish fines in the process. These point of sale inspections are more about public finance than public safety”, continued Blanton.

Councilmember Kevin Mullin stated in October that, “we don’t want to stop the sales of homes in South San Francisco, but we do want adequate safety assurances.” SAMCAR agrees but notes South San Francisco is the only municipality in San Mateo County that mandates home inspections for matters already covered by state law. Property disclosure requirements are required for such items as operating smoke detectors and earthquake-safe water heater strapping: the very items the city says it needs to inspect.

“That same state law also provides for sellers to comply using self- certification,” Blanton said. “The truth is these inspections are not required under state law and to top it off – the city’s ordinance expired years ago—the one they claimed gave them the authority to conduct the inspections.”

Blanton went on to explain, “Even the Fire Department – who performs the home inspections – admitted there is no legally enforceable ordinance.  But that does not stop them from continuing to ‘require’ the inspections. Residents are protected under the 4th amendment of the Constitution from warrantless searches. The city claims this is a public safety and health issue; which would make it citywide in scope and not just limited to those who buy or sell property. The inspections are a ruse to gain access to citizens homes and asses fines”, concluded Blanton.

UPDATE: This item will be studied PRIOR to the regular council meeting and will not be televised.  Council Chambers 33 Arroyo Drive South San Francisco January 16, 2013 6:30pm.   If you would like to make your comments known yet can not make the meeting, you can send your comments to our City Clerk 72 hours prior to the meeting to include them in the record.