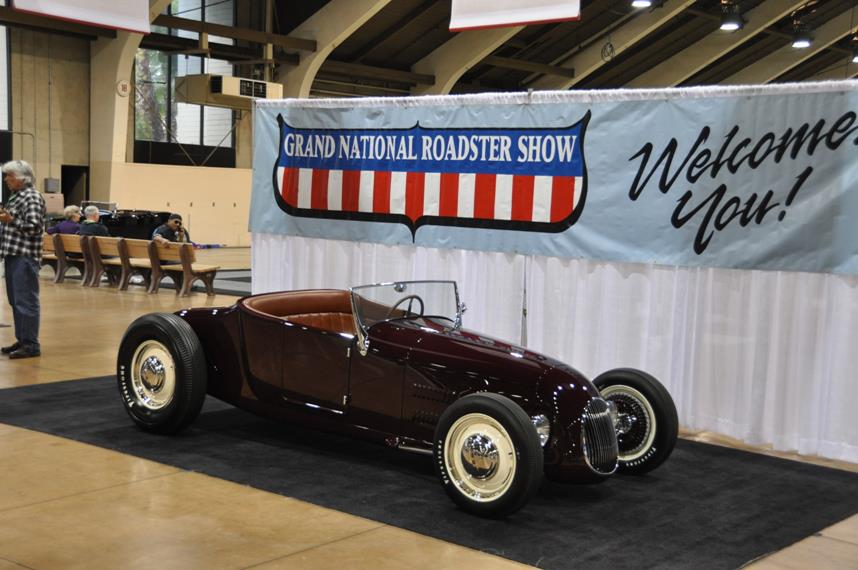 Congratulations to John Mumford and the Roy Brizio Street Rods team for winning “America’s Most Beautiful Roadster” at the 64th Grand National Roadster Show with the Kelly Brown Track T!

Bangshift says, “The 2013 AMBR award has been given to JOHN MUMFORD’s 1927 Ford Track T which was built by ROY BRIZIO. This is an amazing car. Hit the link for a bunch of photos featuring this machine – America’s Most Beautiful Roadster 2013!”
FROM Goodguys Rod & Custom Association:
‘John Mumford’s Roy Brizio Street Rods-built ’27 Track T has won the America’s Most Beautiful Roadster Award at the 64th annual Grand National Roadster show in Pomona, CA. While the Brizio team gets credit for the delivering the car to the GNRS in show-winning trim – the little V8-60/Ardun conversion powered roadster had been touched by many hands in its decades-long build history. The car originally belonged to former NHRA Top Fuel Champion Kelly Brown.

The perfect track nose and accompanying tin work was handled by master metal man Steve Davis. Sherm’s handled the brightwork while Sid Chaver’s stitched the classic leather trim. Darryl Hollenbeck’s Vintage Color Studio gets credit for the rich burgundy paint and Howard Allen built the ultra-rare V8-60 with Ardun heads. Only 8 sets of Ardun V8-60 cylinder heads are known to have been made worldwide and Mumford, an avid collector, owned two of the 8 sets! 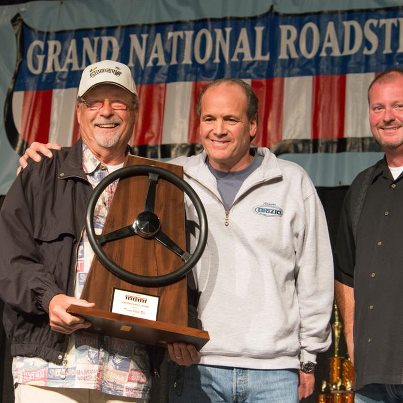 The Brizio team pulled it all together this winter, delivering the masterful Firestone bias play-shod roadster which is sure to stand the test of time. Congratulations to Mumford and the entire Brizio build team on their big win! ‘