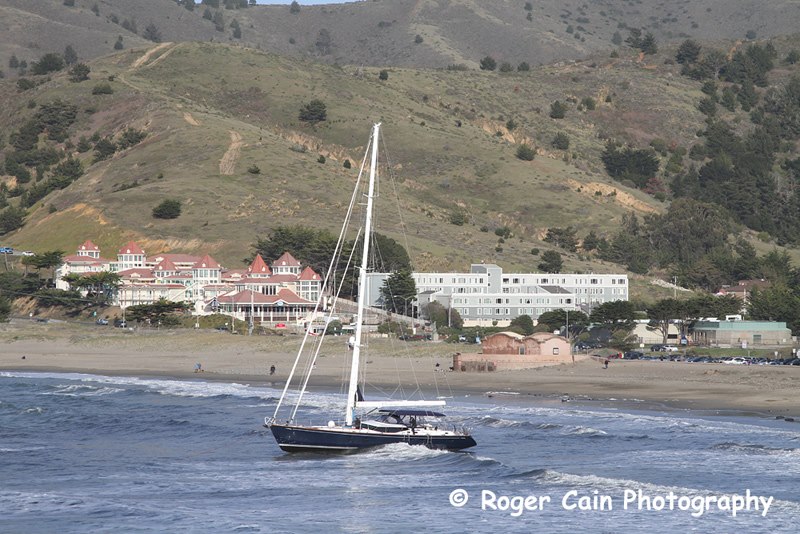 The Darling had been slammed up against the shoreline prior to being turned seaward.

This boat, THE DARLING, was stolen today out of Sausalito Yacht Harbor by three ‘scoundrels’ and they ran it aground in Pacifica this morning before sunrise.  All three were arrested and taken into police custody with charges of suspicion of grand theft and conspiracy. The trio included two residents of Aptos; Lisa Modawell age 55 and Dario Mira age 54. The third suspect, Leslie Gardner age 63 is from Gillette, Wy. 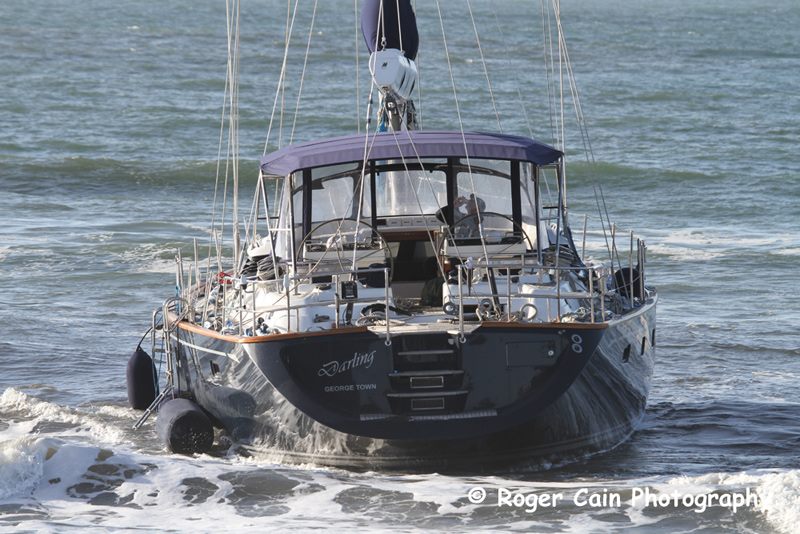 This 82 foot yacht was stolen and run aground

This 2.1 million dollar boat is 82 feet long, and they were trying to tug it off the beach this afternoon with a high tide, unsuccessfully. South City resident and life long sailor, Mel Wolfe, watched the rescue attempts from shore, “I really think they would have had a better chance had they pushed the boom out and had a few guys to put weight on it so that it would heel over some. It was rocking pretty easily so it didn’t seem stuck that badly.” 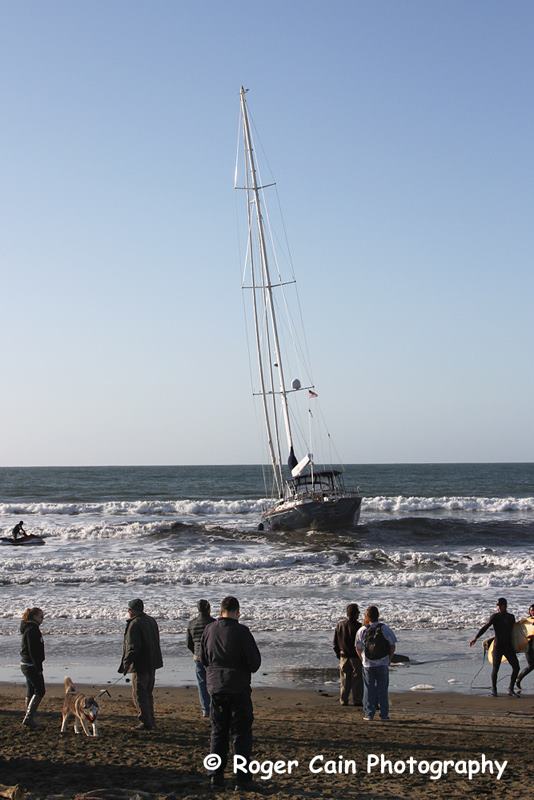 The grounded boat attracted large groups of spectators to the shores.

Roger Cain, another South City resident and professional photographer also was on scene, “High tide maxed around 6pm this evening so had a small window to free it, assuming the tug boat showed up. Otherwise they will need to wait until tomorrow.”

The boat’s owner did show up but is not reported to have given any information.

UPDATE: The 3 ‘Scoundrels’ that originally captioned this photo have been identified as 2 folks from Aptos that did not know the person from WY had stolen the boat, as he said he had inherited it.  -ED