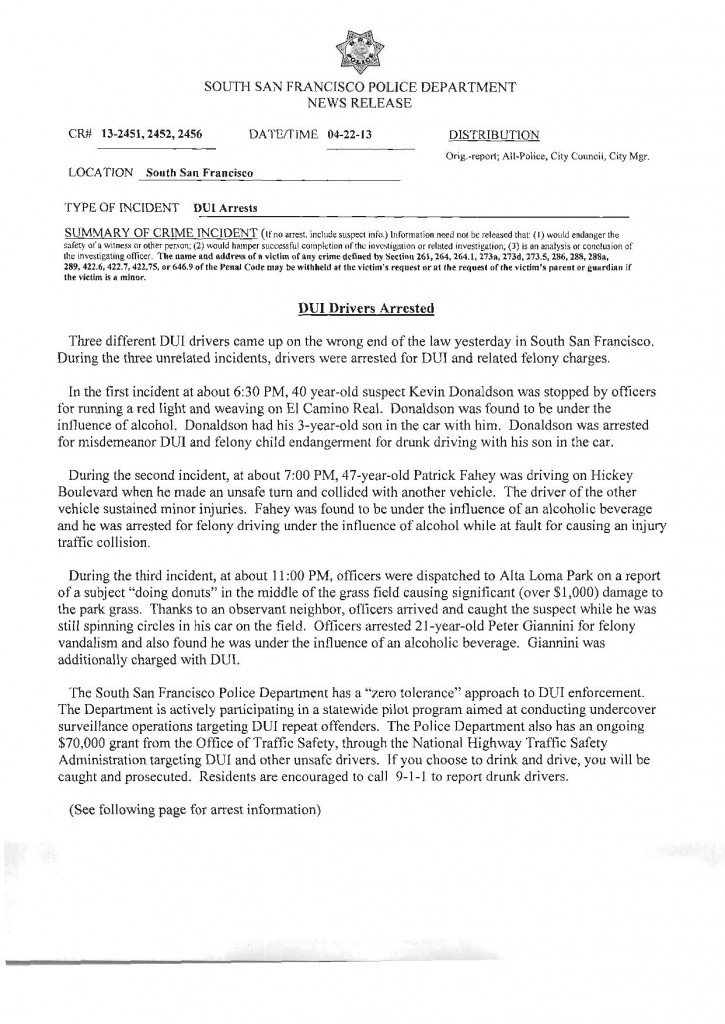 Kevin Donaldson was stopped at 6:30pm for running a red light and weaving on El Camino Real and he had his 3 year old son with him. He was arrested on DUI charges and felony child endangerment.

Patrick Fahey was stopped at 7pm on Hickey Blvd when he made an unsafe turn and hit another car. The other driver sustained minor injuries. Fahey was arrested for DUI and causing an injury accident.

This is really disappointing and be aware: SSFPD have an ongoing $70K  to help target DUI and other unsafe driver. PD says ‘If you choose to drink and drive, you will be caught and prosecuted.’

And they mean it. It’s just not worth it people!! 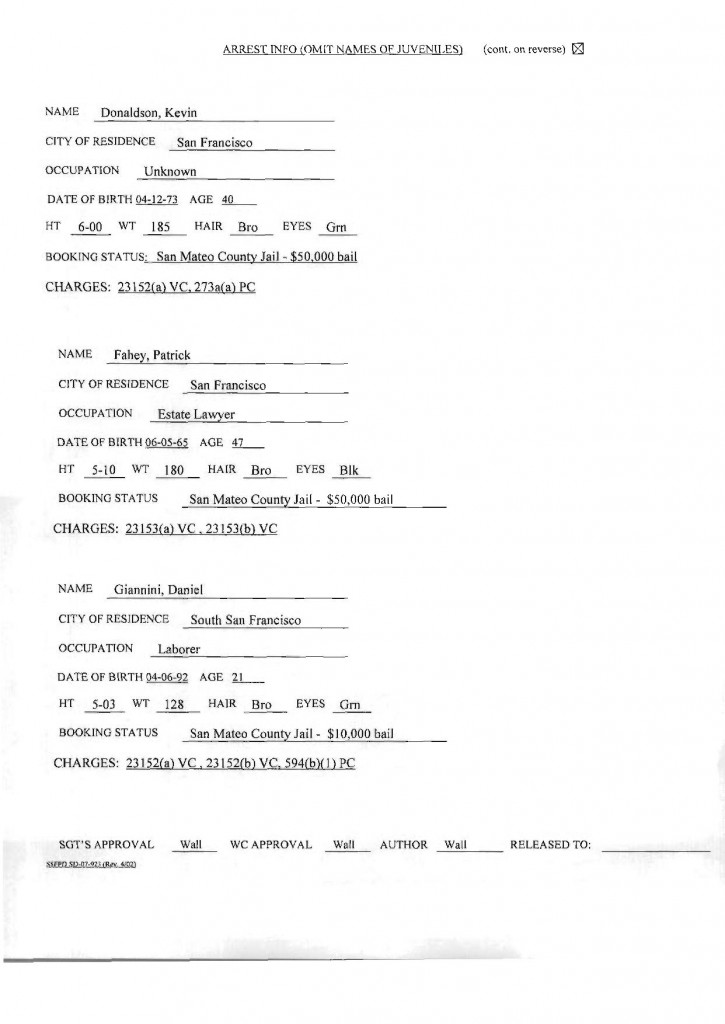