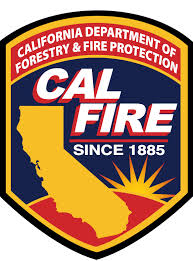 On April 29, 2013, CAL FIRE will suspend all open burning within the State Responsibility Area and Local Responsibility Areas under contract to CAL FIRE in the following counties: Alameda, Contra Costa, Santa Clara, San Mateo, Santa Cruz, Stanislaus, San Benito, Monterey and Western San Joaquin Counties.
Experience has shown that open burning suspensions effectively aid in preventing fire escapes and significantly reduces the risk and occurrence of large fires. This is especially important as these counties are currently experiencing low cumulative rainfall, low humidity, dry fuel moisture levels and increased fire activity.
Agriculture, land management, fire training, and other industrial-type burning may proceed if a CAL FIRE official inspects the burn site and issues a special permit to specifically exempt a burn from this ban. Campfires are allowed in designated campgrounds, or in established facilities on private property with permission of the landowner and jurisdictional authority. Persons burning under any special permit must also check with their regional air quality management district for addition regulations and requirements.
CAL FIRE reminds everyone that it is their individual responsibility to use fire safely and to prevent fires. Visit www.ReadyforWildfire.org for more information on how to prepare for and prevent wildfires.
Anyone with questions about this declaration is urged to contact the nearest CAL FIRE facility. Attached is the official proclamation.

San Benito Monterey Unit
San Mateo/Santa Cruz Unit
Santa Clara Unit
Including all State Responsibility Areas and Local Responsibility Areas under contract to CAL FIRE within the following counties:
Alameda, Contra Costa, Santa Clara, San Mateo, Santa Cruz,
Stanislaus, San Benito, Monterey and Western San Joaquin
Due to the extreme menace of wildfire and its potential to destroy life, property, and natural resources; and due to current and predicted fire weather, the lack of precipitation, the dryness of vegetation, and the increase fire activity; under the authority vested in me by the Director of the Department of Forestry and Fire Protection as per Section 4423.1 of the Public Resources Code, I hereby suspend, except within incorporated cities, the privileges of burning by permit and other use of open fire, with the following exceptions:
 Agricultural, forest management, fire training, vegetation management, and other industrial-type burning may proceed after a CAL FIRE official has inspected the burn site and issued a special permit.
 Campfires within organized campgrounds or on private property are allowed with landowner permission if the campfire is maintained in such a manner as to prevent the campfire from spreading to the wildland vegetation.
This suspension will begin at 8:00 AM Friday, April 29, 2013, and will continue in place until formally cancelled.
This PROCLAMATION is issued at Felton, California, this 26th day of April, 2013.
By:
Unit Chiefs
Scotty Jalbert,
Steve Woodill and
Richard C. Hutchinson Jr.
California Department of Forestry and Fire Protection

← Should Planned Parenthood be allowed to open a clinic on Grand Avenue?
The New World Order; OP-Ed SMDJ →