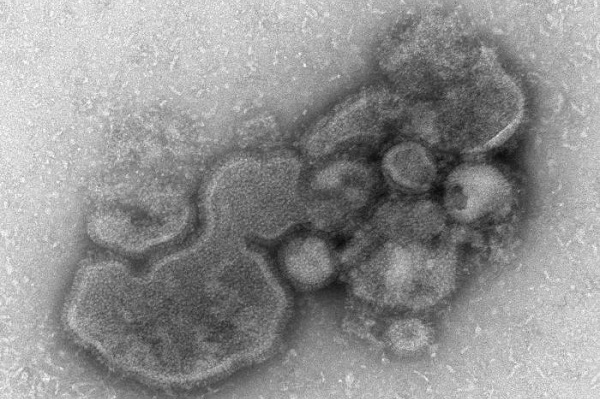 On April 1, 2013, the World Health Organization (WHO) reported three human infections with a novel influenza A (H7N9) virus in China.
These are the first known human infections with this avian influenza strain. The virus has also been detected in birds from poultry markets in China. As of April 21, 2013, a total of 102 human cases have been reported. Cases have been reported in Shanghai (34) and Beijing (1) and four surrounding provinces in eastern China: Jiangsu (23), Zhejiang (38), Anhui (3), and Henan (3). Most cases had severe respiratory illness, and 20 have died. Dates of illness onset ranged from February 19 to April 16, 2013. New cases continue to be reported and case
counts are likely to increase. Updates are available at the WHO website: http://www.who.int/csr/don/en/
At this time, no human cases of novel influenza A (H7N9) have been detected outside of China. Two possible family clusters suggest that limited person-to-person transmission may occur where there is close contact. However, there is no evidence of ongoing person-to-person transmission.
Currently, the US Centers for Disase Control and Prevention (CDC) does not recommend any travel restrictions to China. CDC is repeating its standard advice to travelers and Americans living in China to follow proper hand hygiene and food safety practices, and to
avoid contact with animals. Additional recommendations regarding international travel issues can be found at the CDC’s travel website: www.cdc.gov/travel/notices/watch/avian-fluh7n9-china.htm
With the large volume of international travel between California and China, suspect cases of novel influenza A (H7N9) are likely to occur in California and the San Mateo County Communicable Disease Control Program is therefore emphasizing the following information identified on these forms below.
(The CDC- Centers for Disease Control and Prevention) has also put out the latest reports stating the same and can be accessed HERE) 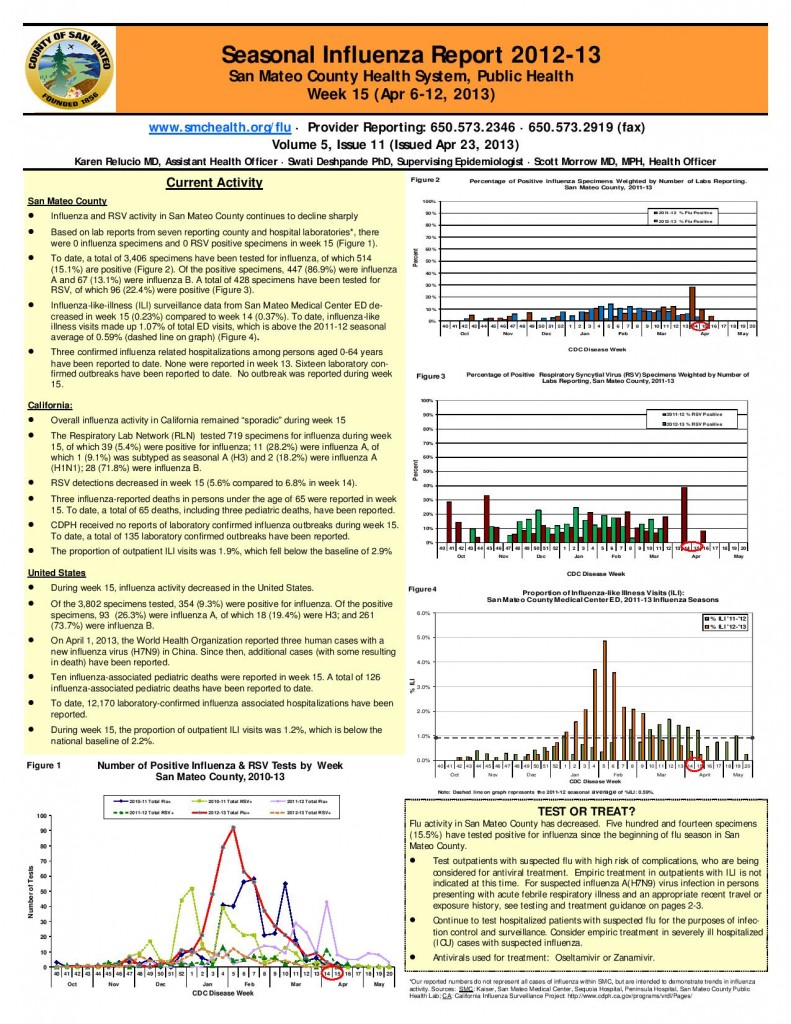 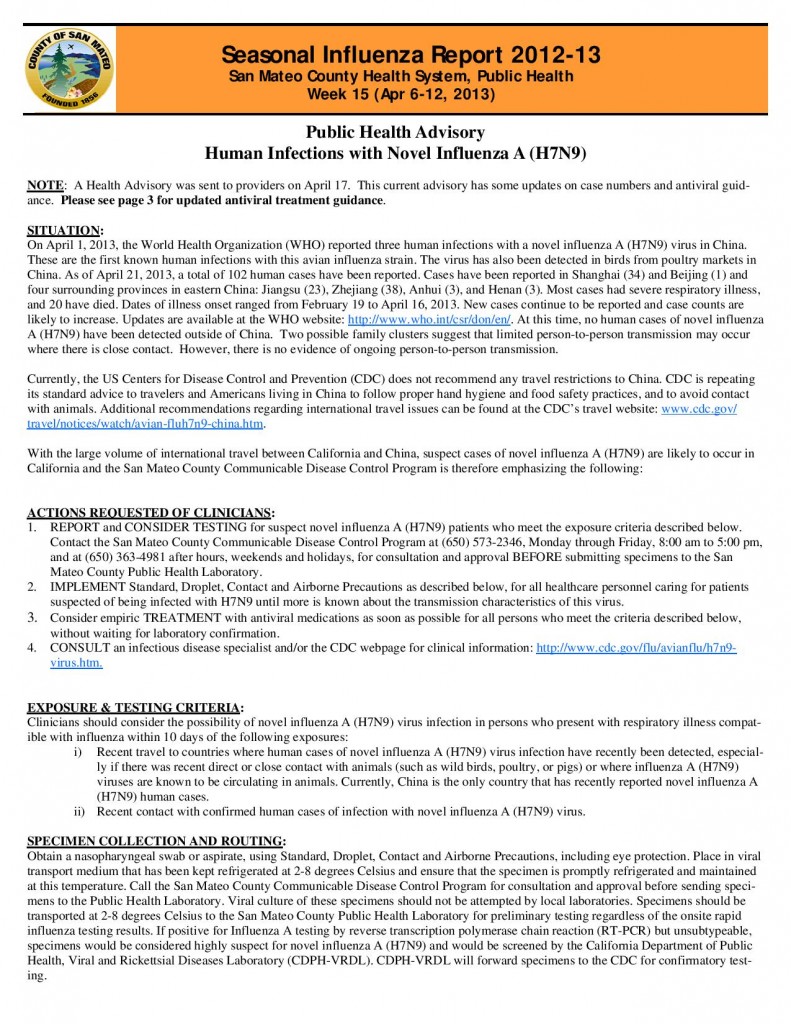 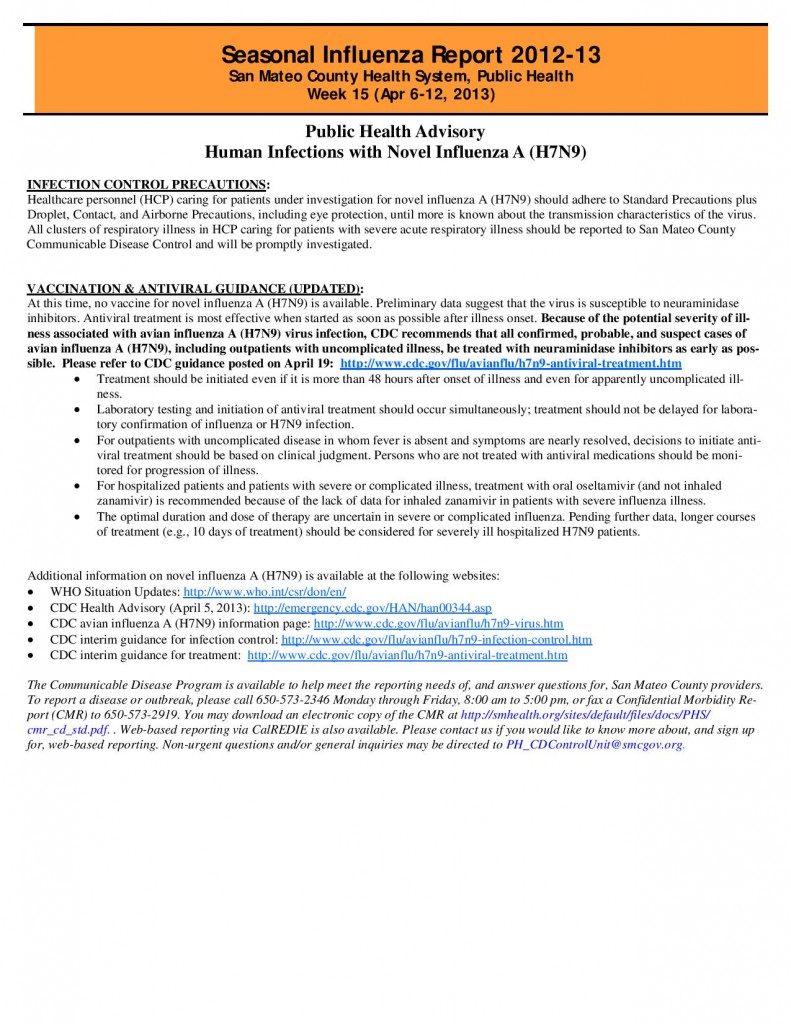 ← Monthly BioScience Forum Slated for May 22 Holiday Inn South San Francisco
No more bags: How are you handling the changes- your neighbors weigh in →