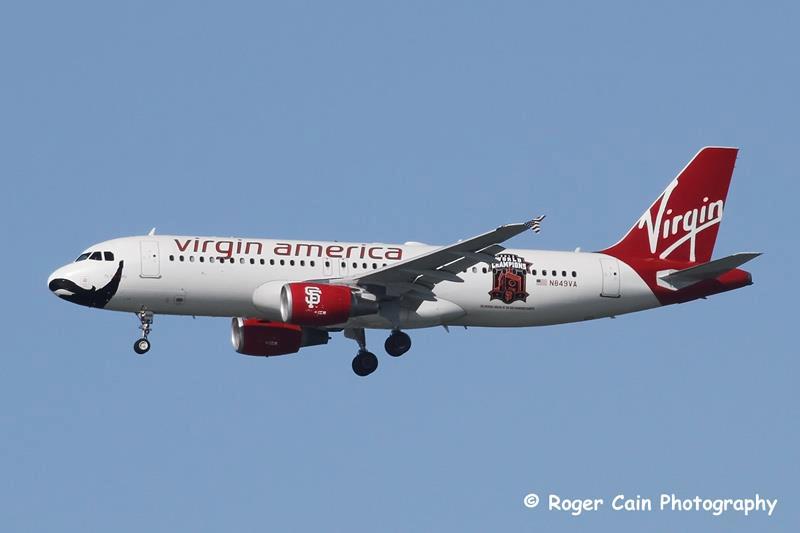 For the Giants fans in South City, this shot was taken yesterday on arrival at San Francisco International by none other than our own professional Roger Cain.  ”It took a long time to finally catch this one, Virgin Airlines has two of these painted in the SF Giant’s World Champions markings.” Cain told us.    Over 80 people liked this photo on our Facebook page with  Steven Ward stating, “Its ironic that they don’t fly the team and they sport the Giants. United Airlines flies them.”

Anyone out there flown in one of them recently?