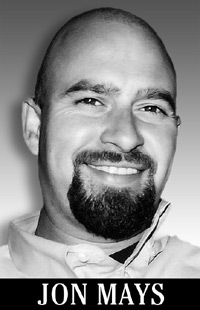 U.S. Sen. Chuck Schumer, D-N.Y., is proposing a revival of a 2009 media shield bill that would protect journalists and their companies from having to reveal information to anyone, including the government. That includes the identity of sources who were promised confidentiality.

The proposal comes on the heels of the reports that the Justice Department seized two months of telephone records of more than 20 phone lines associated with Associated Press reporters. There was no prior notice. The seizure was prompted by an AP story that disclosed details of an airline bombing plot planned near the anniversary of the Osama bin Laden’s death.

The White House has backed Schumer’s proposal but has limited its comments on the situation because it is essentially a criminal investigation of certain officials.

Schumer’s proposal is a good one but, in reality, it should not be needed since there should be a strong understanding of what amounts to a primary tenet of a free press. The press should be confident in its ability to keep its information private and protect its sources, many of whom may not be willing to share critical information if there is a chance their identity could be discovered through government intrusion.

And that’s just what it is, government intrusion. I understand the need for secrets when it comes to national security, but such an effort undertaken by the Justice Department should only be entertained if there is no other way to get the information required. The action itself is hostile, and it just might be the modus operandi of this administration. It is a high-level member of this administration that threatened noted journalist Bob Woodward in February that he would “regret” if he pursued a story on President Obama “moving the goalposts on the sequester.” Obama is not a fan of press conferences and will sometimes only speak off the record on certain issues to the White House press corps. Yet still, the administration has a cordial relationship with an overall supporting press.

Until the magnitude of the stories coalesce in such a way that the sheer volume of crises amounts to the story. In recent weeks, we have seen the increased awareness of what specifically happened in Benghazi and the administration’s efforts to scrub its talking points of any mention of terror, instead pointing to an obscure video as the premise for the death of four Americans, including U.S. Ambassador Christopher Stevens. Then there was the shocking revelation that the Internal Revenue Service targeted conservative groups seeking tax-exempt status, delaying paperwork and limiting their ability to raise money.

For his part, Obama is seeking to stay on top of the controversies and even tried to change the narrative this week by announcing the departure of the acting IRS commissioner and using stern language in describing the IRS’s actions.

These three stories have been painted by some as some sort of GOP pile-on, but even if you don’t care about Benghazi and are just slightly concerned about the IRS targeting certain groups for what seems like political purposes, you should care about the assault on the freedom of the press and its ability to keep its information private since that is outlined prominently in our first and fourth amendments. Schumer is right to pick up this legislation. The freedom to keep sources of information private should be protected. But it’s a bit frustrating that there needs to be a new discussion on key protections that were at the very heart of our Founding Fathers’ fight.

Jon Mays is the editor in chief of the Daily Journal. He can be reached at jon@smdailyjournal.com. Follow Jon on Twitter @jonmays.