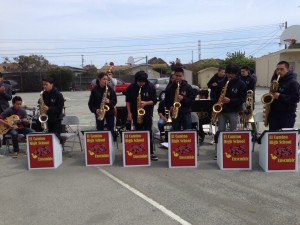 The El Camino Jazz Ensemble played at the Groundbreaking ceremony

El Camino High School is finally seeing the start of some long overdue renovations to the sports fields. The Groundbreaking ceremony kicked off on Wednesday May 15th on the upper track field with ECH Jazz Ensemble band playing for the festivities. David Putney, Principal at El Camino High School, gave the opening comments with district superintendent Alejandro Hogan introducing the lineup of speakers.

It was a day to celebrate ‘Colt Pride’ as Coach Jake continued to bring home.  Coach Jake aka Eric Jacobsen is the Athletic Director and an El Camino High School alumni. Having played on these fields himself in the 80’s seeing this groundbreaking was a dream come true, the coach said. He also extended his pride to the fact that many on the coaching team are also alumni and encouraged the students today to remember to give back.  “It’s a way for COLT PRIDE to live on”.

Many look forward to hosting the Bell Game at El Camino since it has been played at South City High’s Clifford Field since the friendly rival game began 52 years ago.  Over 80 people joined in on our Facebook page on different posts to LIKE and share comments;

Aimee Rosado This is years in the making! Miss my town, my school go COLTS!

Claire Murtagh O’Hara Ya agree Alicia Halliday!!!! how cool is that!! :)))

Joe Murtagh I have been complaining to everyone about El Camino getting a makeover. I have renovated so many other High Schools in the Bay Area and was wondering why hasn’t my high school been rebuilt yet? Hopefully the classrooms will s next.

Brenda Shoomiloff EC Baby!!! Three men from my 94 class— You make OUR class PROUD!!! Right on!!!

Coach Jake has taken the lead in working with the district and those involved in getting the renovations to this first giant step. “We have seen what school bonds have done for other school districts. There are two High Schools on the Peninsula that have dirt tracks, and they are both in our district. We have seen high schools without a Football program get beautiful fields which remain un-used and not they are not appreciated. Our field at El Camino has remained the same since John F Kennedy was in office, and Johnny Cash had the number one hit on the billboard charts. I think it is time our student/athletes have the type of athletic facility they deserve. The voters of the SSFUSD voted for Measure J to improve our schools and athletic fields. I hope the School Board does the right thing and pass Phase one for El Camino which would bring us the field and track that we have been only able to dream of.” The coach said at one of the board meetings early on as he pushed to see his dream for El Camino High School come to fruition 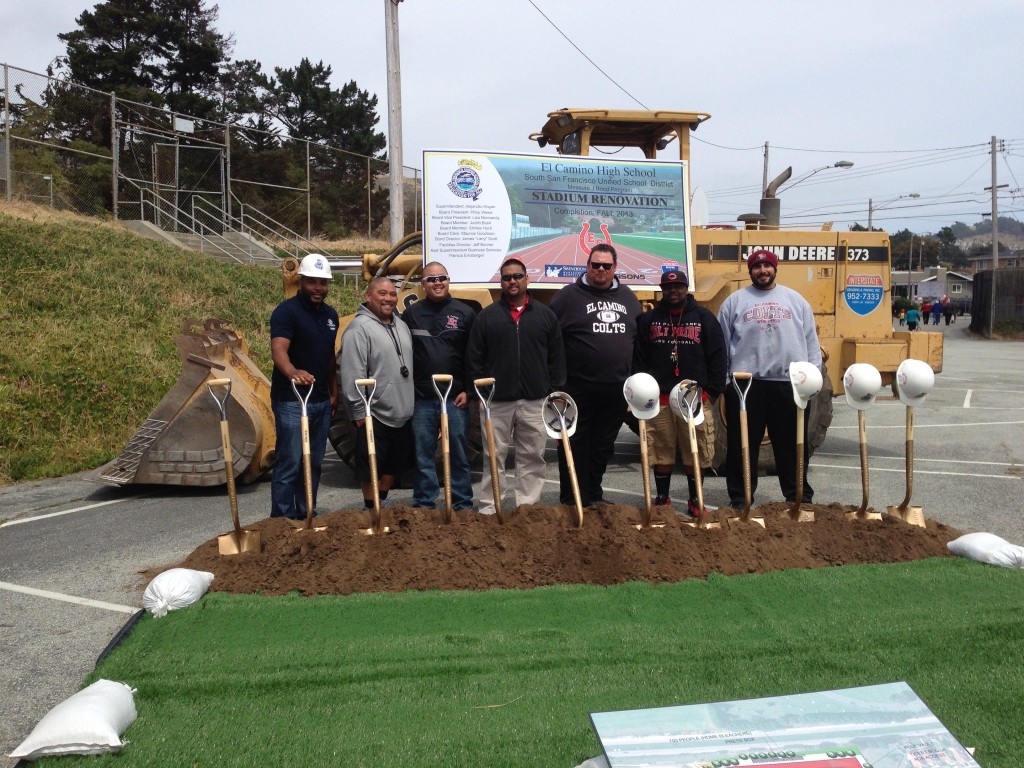 The coach previously told us about the renovations to come:

*We will have an 8 lane all weather track.
*There are area’s for long jump / High Jump / Discus +
*(protective cage) / shot put / Pole Vault.
*We will have a wireless scorebord for Football / Soccer & lacross if we ever start a lacrosse team.
*Two 35 foot flag poles,
*2 goal post NFL Style Gold ,
*& two game soccer goals,
*with 3 water fountains.
*The Home side will hold 700 fans with a three room press box with access to the roof to film. *There will also be spaces on home side to rent or add more seating.
*The Visitors side will hold stands for 300 people, with space for more seating as well.
*There will be a 10 foot access road around the back of both stands so the home stands will not be right next to the Lawndale road any longer.
*There will also be a 3 foot high fence around the track to keep foot traffic off the Track. We plan on doing some exciting fundraisers later, which you can buy a brick much like out at A T & T Park and pay tribute to whomever you see fit along the walkway. The Bell Game will be played at El Camino for the first time in 52 years. We have been on the road for 52 Bell Games; it will be nice to play the Warriors at home every other year. All I can say is, it’s like a dream come true. 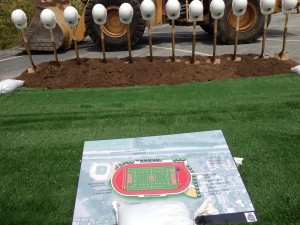 The stadium plans were presented for all to see.Photo Angelique Presidente 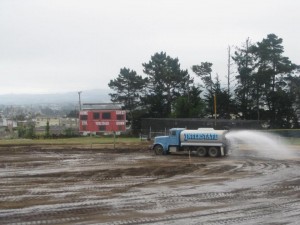 The upper field as it looked this past weekPhoto: Coach Jake 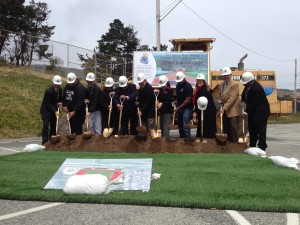 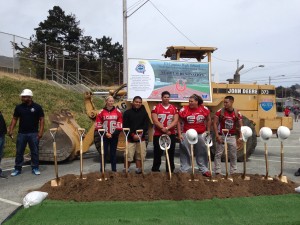 This is great for football, soccer, track and possibly la crosse. Any plans to work on the baseball field right next to the football field?

Amen and Hallelujiah! As a Class of 1969 grad, the field and surroundings looked bad then. I don’t know why something wasn’t done sooner. Welcome to the new Millenium…13 years later.

ITS ABOUT TIME AND THANK YOU ERIC JACOBSEN FOR FOLLOWING THROUGH! GET IT DONE AND LETS START SOMETHING ON THE BASEBALL IN TIME ALSO!