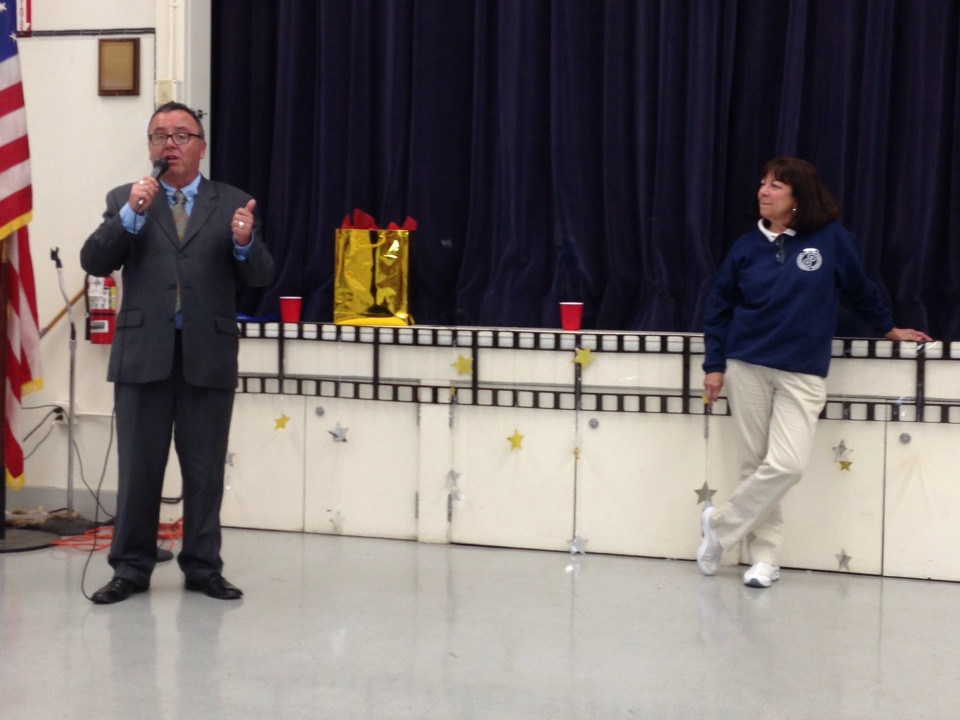 Dr. Garry Galvan, the new Principal for Ponderosa Elementary School addresses parents, teachers and students at this meet and greet. Mrs. Janet Ingersol will be leaving her position as Principal as she heads into retirement

South San Francisco School District has hired Dr. Garry Galvan as the new Principal of Ponderosa Elementary School. Galvan will be stepping in as our Mrs Janet Ingersol starts on a new journey, a much deserved retirement.   A retirement party will be held in her honor Saturday June 8 up at the Elks Lodge.  Reservations for dinner are $40 per person and expect to sell out early. Deadline is May 31st and more information can be obtained by contacting Gina de la Fuente at 650/766.6725 or by email at Ginadela@comcast.com

Galvan comes to Ponderosa from Hayward’s Ruus Elementary School in Hayward and will start officially here in July. Galvan’s contract with Hayward School District was not renewed amid protests from both staff and parents. His former position is currently still open. ‘”I wish Ruus well,” Galvan said. “I know they’re going to do fine. I will support the new leadership in any way to help a smooth transition.” Galvan is quoted as saying in the Mercury News article by Rebecca Parr.

We know Janet Ingersol will do the same for Galvan and Ponderosa to ensure a smooth transition here in our city as well.