The South San Francisco Unified School District enjoyed their annual GIANT’S game at AT & T Park on Tuesday May 7th. 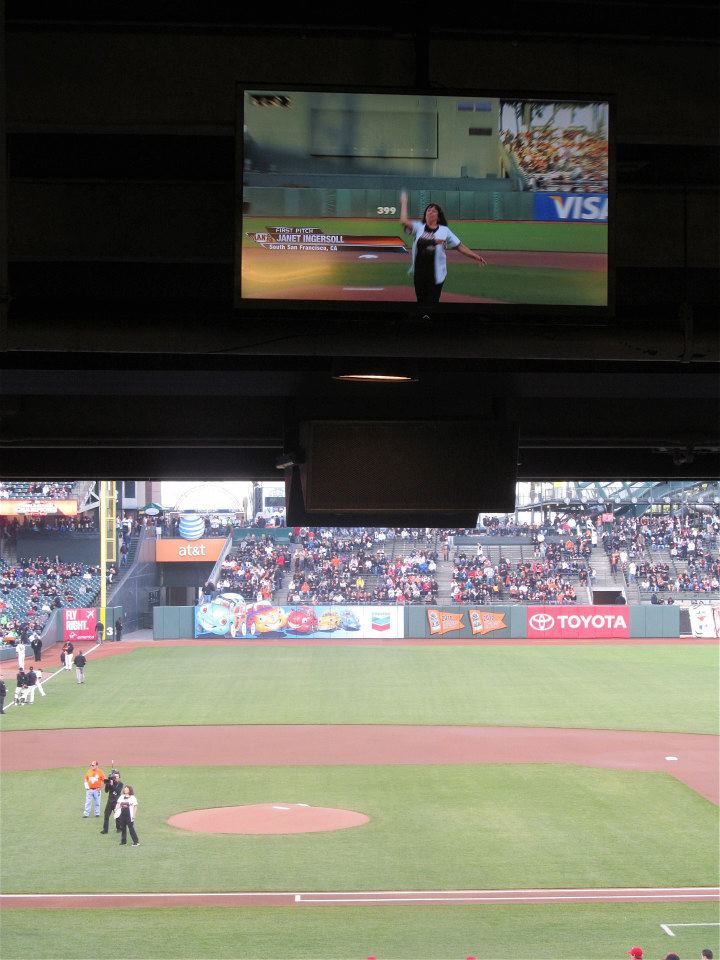 It is a great honor each year for our school district to be featured at AT & T park by the San Francisco Giants.

The first pitch was thrown by our much loved Principal of Ponderosa Elementary School, Mrs. Janet Ingersoll.

Students from our music programs played before the game in the Willie Mays Plaza. They also played the opening National Anthem so the appreciated crowds.

Everything South City awarded winning GAME ON Tickets to Deborah Chun and she was excited to attend along with her college aged daughter, a former student and musician from our School District.

We thank everyone who shared photos with us including Vinny Vance, Brian Perry, Tim Hopkins, and Michelle Bissell Morgan

We also thank all those who commented and to the hundreds that weighed in with comments and ‘LIKES’ for the photos and comments shared. 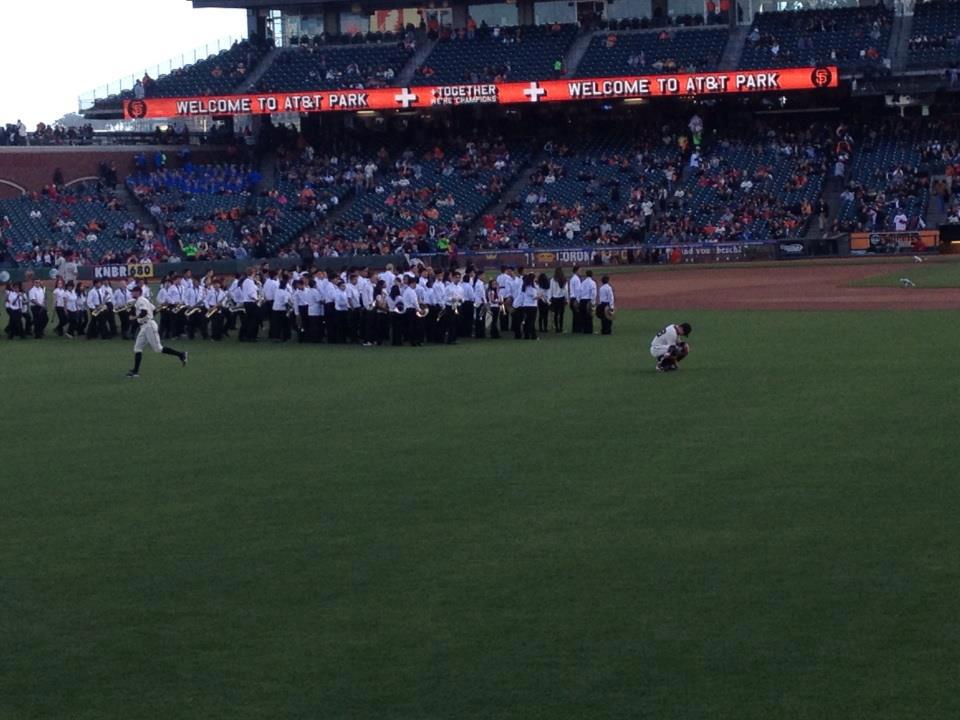 Our students on the field with the GIANTS
Photo Brian Perry 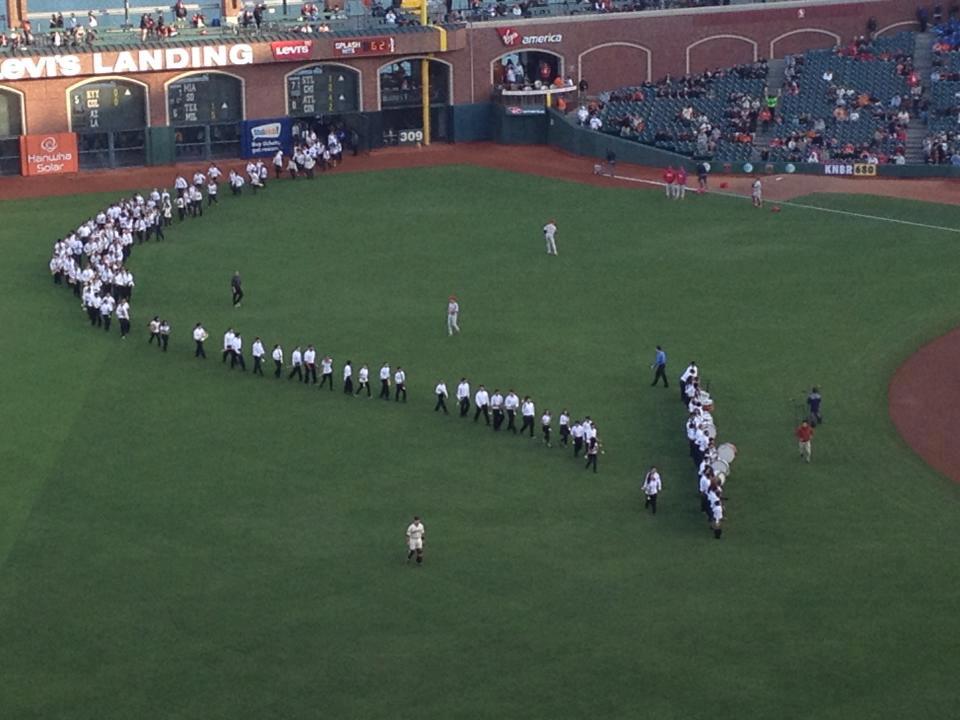 When we posted this photo to our Facebook page in real time it received 172 LIKES immediately.
Photo: Michelle Bissell Morgan 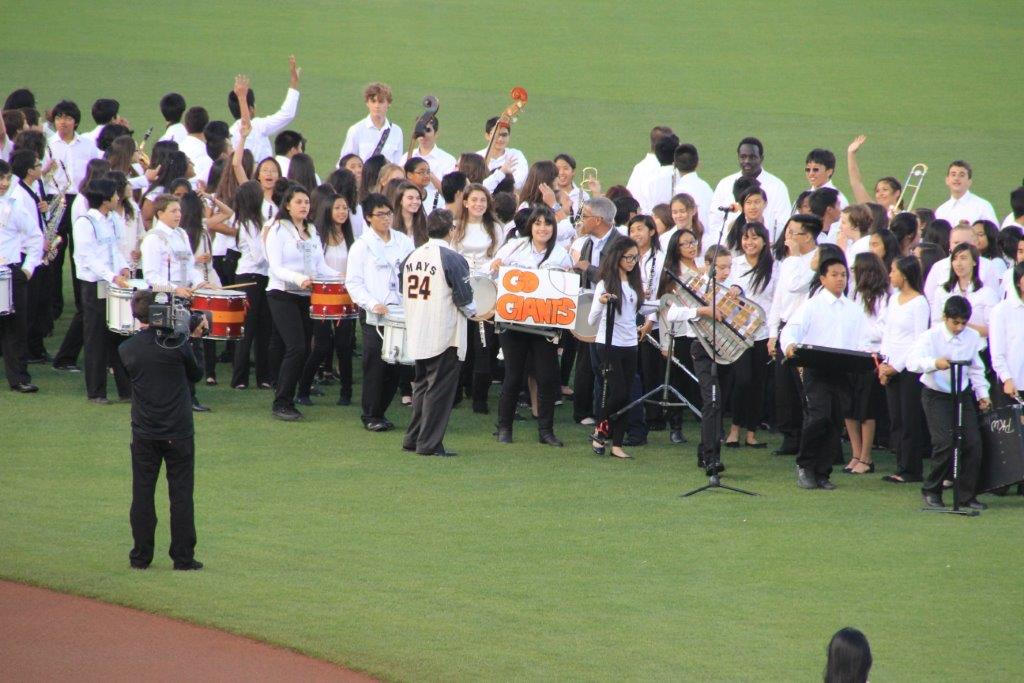 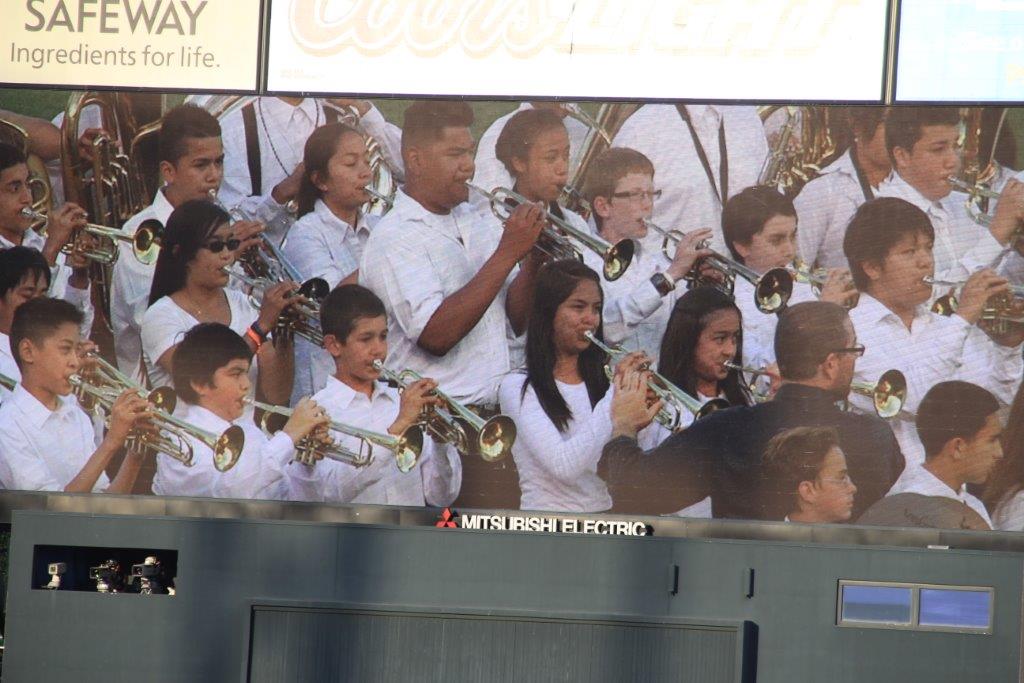 Music students from our district played at AT&T Park during opening ceremonies on May 7, 2013.
Photo Tim Hopkins 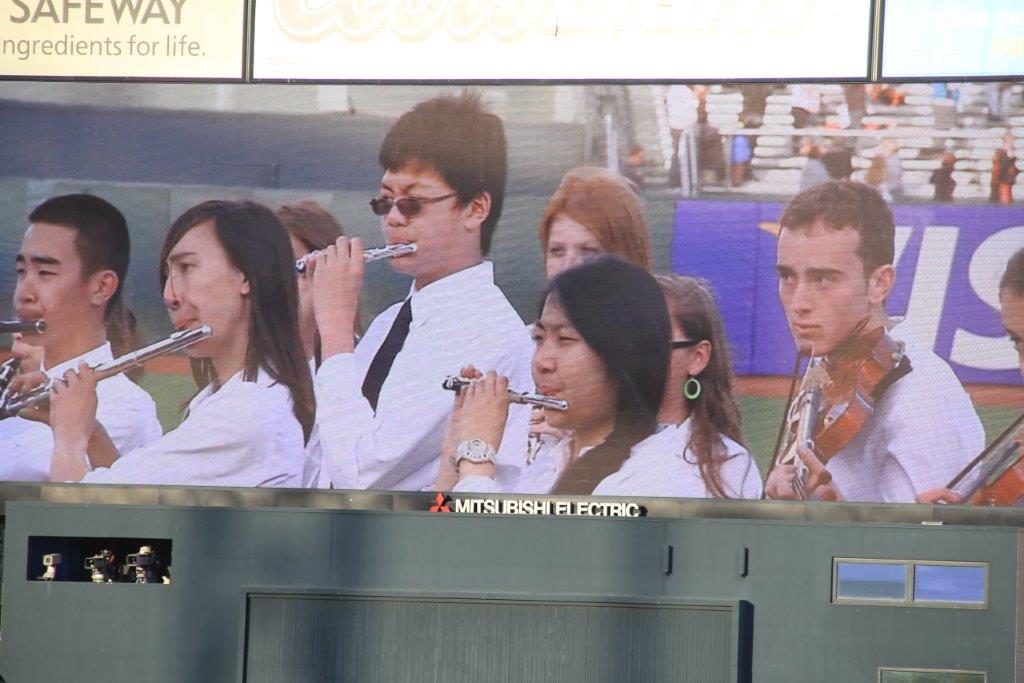 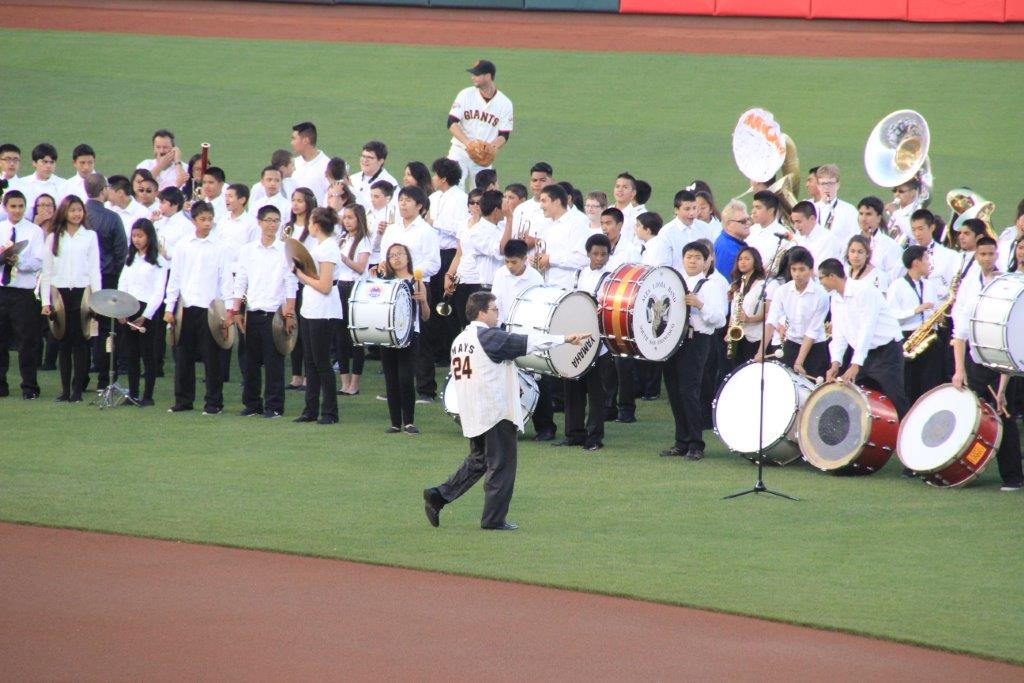 It’s cool to see my classmates out their with the Giants!