The suspects convinced the victim that there were ghosts haunting her and that her family was in danger. They persuaded her to gather all of her money and jewelry and place it in a bag to bring good fortune and to prevent harm from being done to her family. The victim went to her personal bank and then placed all of her money and jewelry inside a bag.

At some point, the suspects distracted the victim and offered to place the bag of money and jewelry in the trunk of her car for her. While the victim was distracted, the suspects removed the money and jewelry out of the bag and replaced the valuables with old newspapers and other miscellaneous items of no value. When the victim arrived home she opened the bag and discovered her property was gone.

The victim could only describe the suspects as three Chinese women in their 40’s.

Anyone with information regarding this case, please contact Officer Kosta of the South San Francisco Police Department at 650-877-8900. Or anonymous tip line 952-2244. 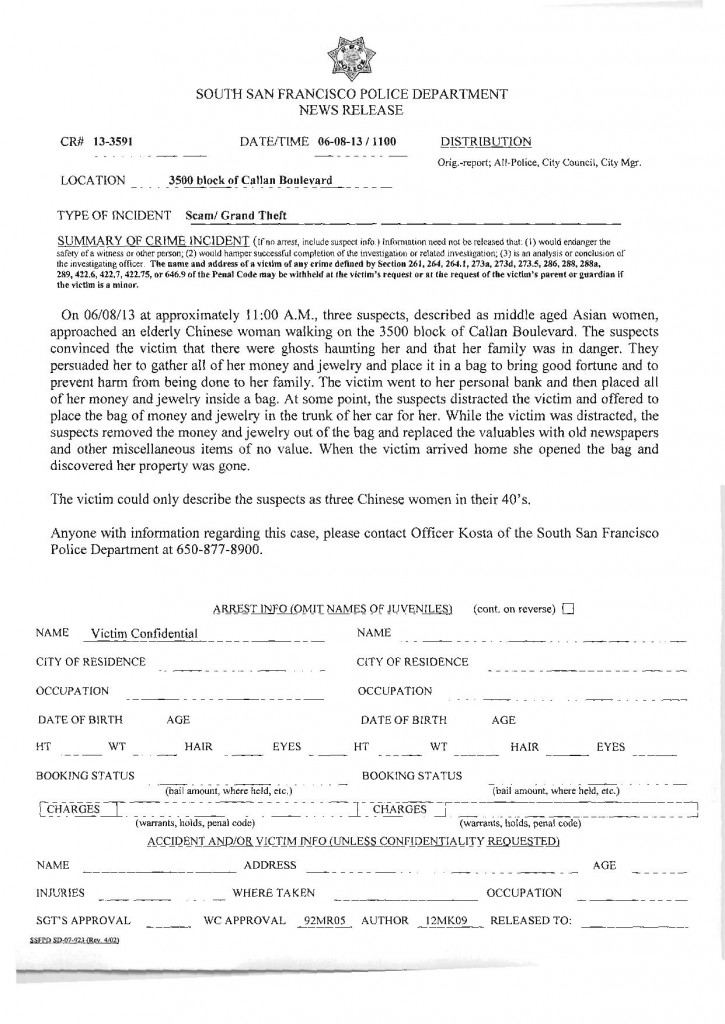