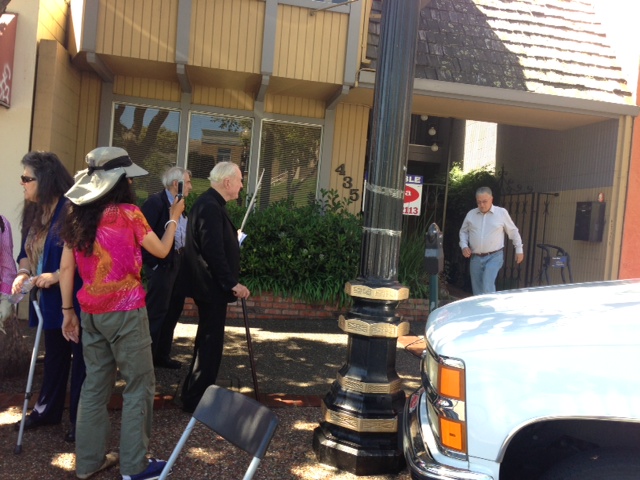 On Saturday June 29th about twenty pro-life protesters demonstrated on the 300 block of Grand Avenue, which they have done for the past few months. Only this Saturday they say the building’s owner, John Penna, intentionally hosed them down. The Prolife group are protesting Planned Parenthood moving into the medical building owned by Penna at 435 Grand Avenue.  Planned Parenthood has stated this medical clinic would provide medical services for those who otherwise would not be able to afford them Plans submitted to the City of South San Francisco have been reviewed with public hearings before being  signed off by the Parking Place Commission and the Planning Commission.

The Planning Commissioners voted 6-1 in favor of the land use issue with Carlos Martin the lone dissenter, questioning if this facility would be better off somewhere near Mission Road and other medical facilities as he outlined his vision for the Downtown area. Martin’s vote against the Grand Avenue location was seen to many pro-lifers as his support with their fight, rather it was the location he voted against.

Protestors have filed an appeal with the city which will bring this issue before the city council in the near future.  They are against Planned Parenthood coming into South San Francisco and are concerned that abortions would be offered here. Further they do not believe this type of medical facility belongs across the street from All Souls Catholic Parish. 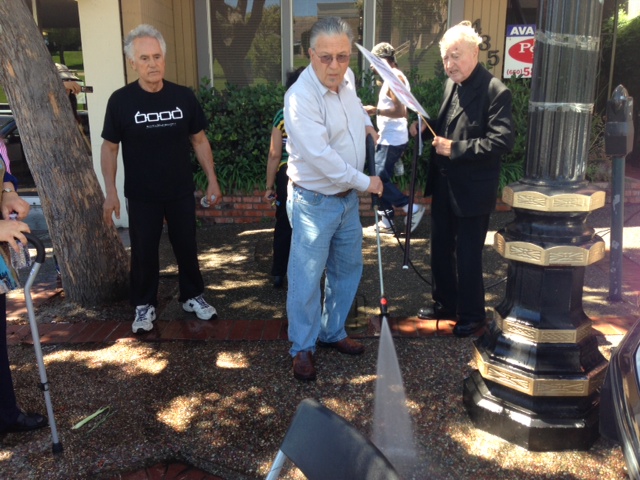 Penna, a Catholic himself, believes he has a right to rent out his buildings to businesses that are approved via the processes set forth by the city. He, and others in the area, are concerned about the protestors disrupting local businesses as they block the area and keep shoppers from coming to the downtown. Protestors say to expect more of this as they will not back down.

In San Francisco, the Valencia Street Planned Parenthood has seen continued protesting from many of these same folks. In response the San Francisco Supervisors have voted on ‘buffer zones’ around Planned Parenthood to increase the buffer zone from 8 feet to 25 feet. As San Francisco Supervisor Campos was quoted in NBC Bay Area News  “The effort here is to strike the right balance between the right people have to express themselves and the right of the people to access health care including reproductive health, ” said Supervisor David Campos in a previous interview. The new law is his idea.

While protestors here are engaging  heiracy in the Catholic Church for guidance on this issue, some others from our community are asking that certain council members are recused from any voting when this item comes before council.  On June 11, 2013 South City resident Cynthia Marcopulos penned in part this protest:

Coming before the South San Francisco City Council for a vote on whether there can be a Planned Parenthood facility on Grand Avenue, our City Council has an inbred prejudice. Mayor Pedro Gonzalez’s wife is an active protester on the protest line against the Planned Parenthood facility, Councilman Mark Addiego works for Holy Cross Cemetery which is owned by the Catholic Church, and Councilman Richard Garbarino is active with St. Veronica’s Church. These council members must recuse themselves for their apparent and visible biases. 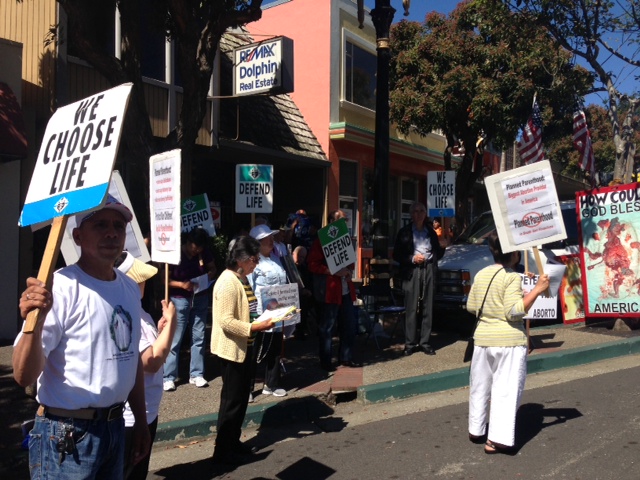 Yesterday the group states they were met by Penna as he hosed down protestors including local priest, Father Joe Richard and have written an open letter to Archbishop Cordileone and pro-lifers on this event. They are also actively seeking Penna be  excommunicated from the Church. Other members in good standing with the church have been said to have been removed from certain positions due to their neutral or pro-Planned Parenthood on Grand Avenue stance.  Yesterdays actions by Penna may have involved a citizen’s arrest as is described in the open letter we obtained below:

James and myself joined Father Joe Richards to pray in front of the proposed Planned Parenthood at 435 Grand Ave. in South San Francisco around 10:30 a.m.  We didn’t leave until 12:30 p.m.

Mr. John Penna who is the owner of the proposed Planned Parenthood hosed down with a high powered water blaster Father Joe Richards 3 times and became soaked with water from head to toe, Mr. Foti 2 times, and another gentlemen and several others got a little wet as well as we did.

It was a sheer disgrace what we witnessed today because first of all Father Joe Richards is handicap and uses a cane, in his ’80’s and most importantly he is our beloved priest who is not afraid to stand for life. Father Joe was trying to talk to John Penna in a most peaceful manner when John said Father Joe was trying to strike him with his cane!  James and I were witnesses as well as others there and Father never ever tried to strike John Penna as he needed his cane to hold himself up after John Penna was hosing him down with this high powered water blaster. This John Penna has to be in his 60’s years of age.

I Eleanora told James to call the police because John Penna was getting out of control.  Two police cars arrived.  After all our statements were taken the police finally said to Father Joe and Mr. Foti that they would do a citizens arrest of John Penna after hearing Eleanora’s statement.

Unfortunately, Father Joe Richards took a hard blow from this very angry John Penna.  I quess the heat of every Saturday protesters is getting to him.  From what I heard this is the third time he has harassed people but no one has called the police on him before.

Erica Hathaway and some others people took all kinds of photos of his behavior.  We had about 20 persons doing a very peaceful demonstration today praying the rosary and Divine Mercy Chaplet.  We were also informed that the City Hall has a camera there on the outside so, hopefully, it picked  up some shots of John Penna’s behavior towards these peaceful demonstrators.

Everything South City will continue to share the news and views from our locals on this issue as they come up including information from John Penna – which has not been sent to us, nor has it been requested or obtained.

For past articles on this please check this out HERE

Because we are all neighbors, ESC asks that we all respond with respect to each side of this debate. Thank you.

16 comments for “Demonstration heats up after being hosed down”