South San Francisco Police Officers conducted a several-months long investigation into the businesses and the business owners, which revealed evidence of illegal gambling. The search warrant of the two South San Francisco businesses resulted in the seizure of nearly $40,000 in US currency, multiple gambling devices and large amount of documentation related to the illegal gambling operation . Further, a search of one of the business owners’ home revealed him to be in possession of a stolen firearm, for which he was subsequently arrested and booked into the San Mateo County Jail. 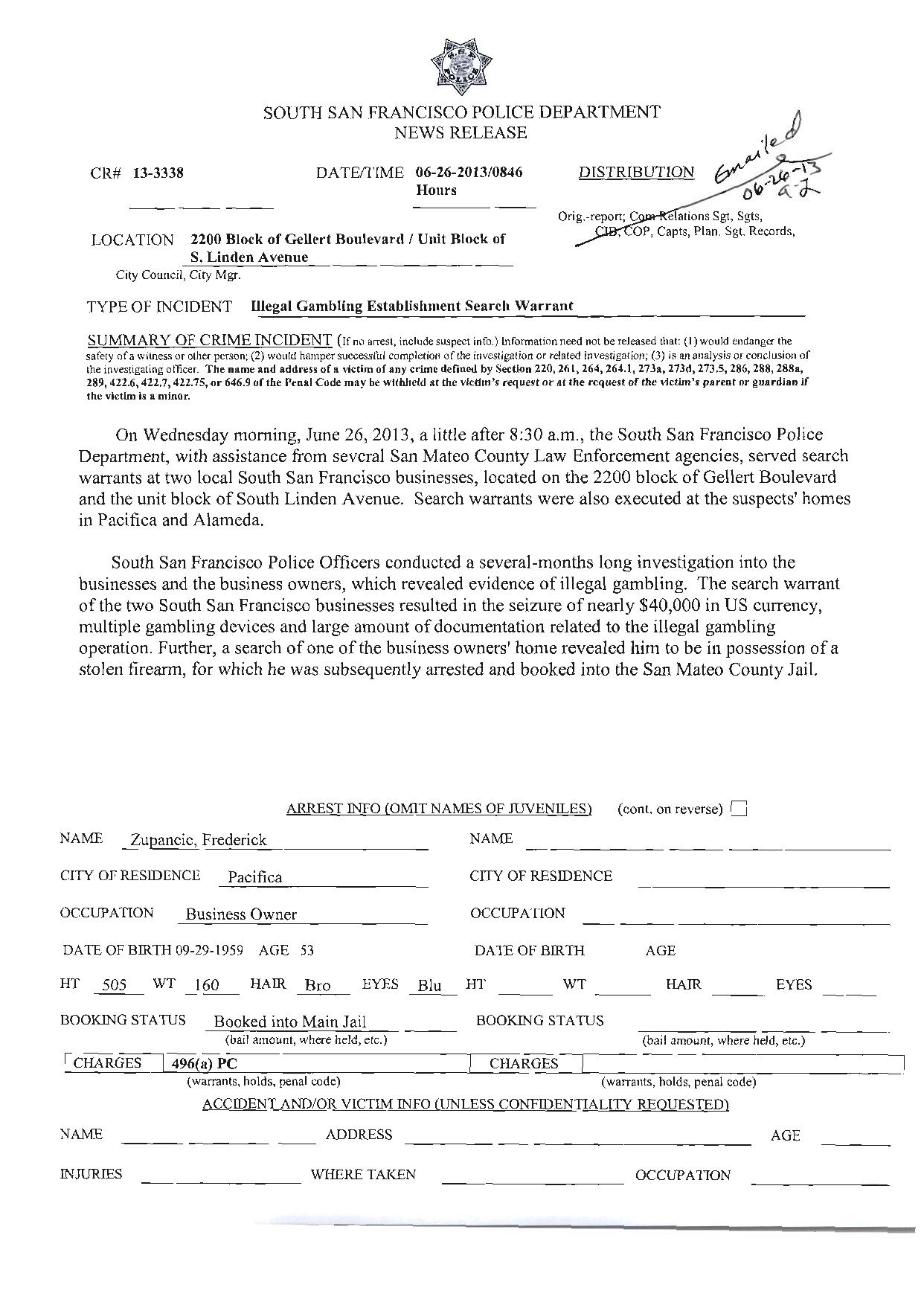