In the early morning hours of Saturday July 20 2013, an armed robbery occurred at a local motel in South San Francisco on Airport Blvd. Officers responded to the motel on the report that three subjects forced entry into the room, brandished handguns, and took items from the occupants. The suspects fled the area in an unknown direction and were not located after an extensive search of the area. One of the victims suffered minor injuries after a brief struggle with one of the assailants. The victim was treated and released at the scene by paramedics. All three suspects were described as African American males wearing dark clothing and black beanies.

Anyone with information regarding this case please contact the South San Francisco Police Department at 650-877-8900. 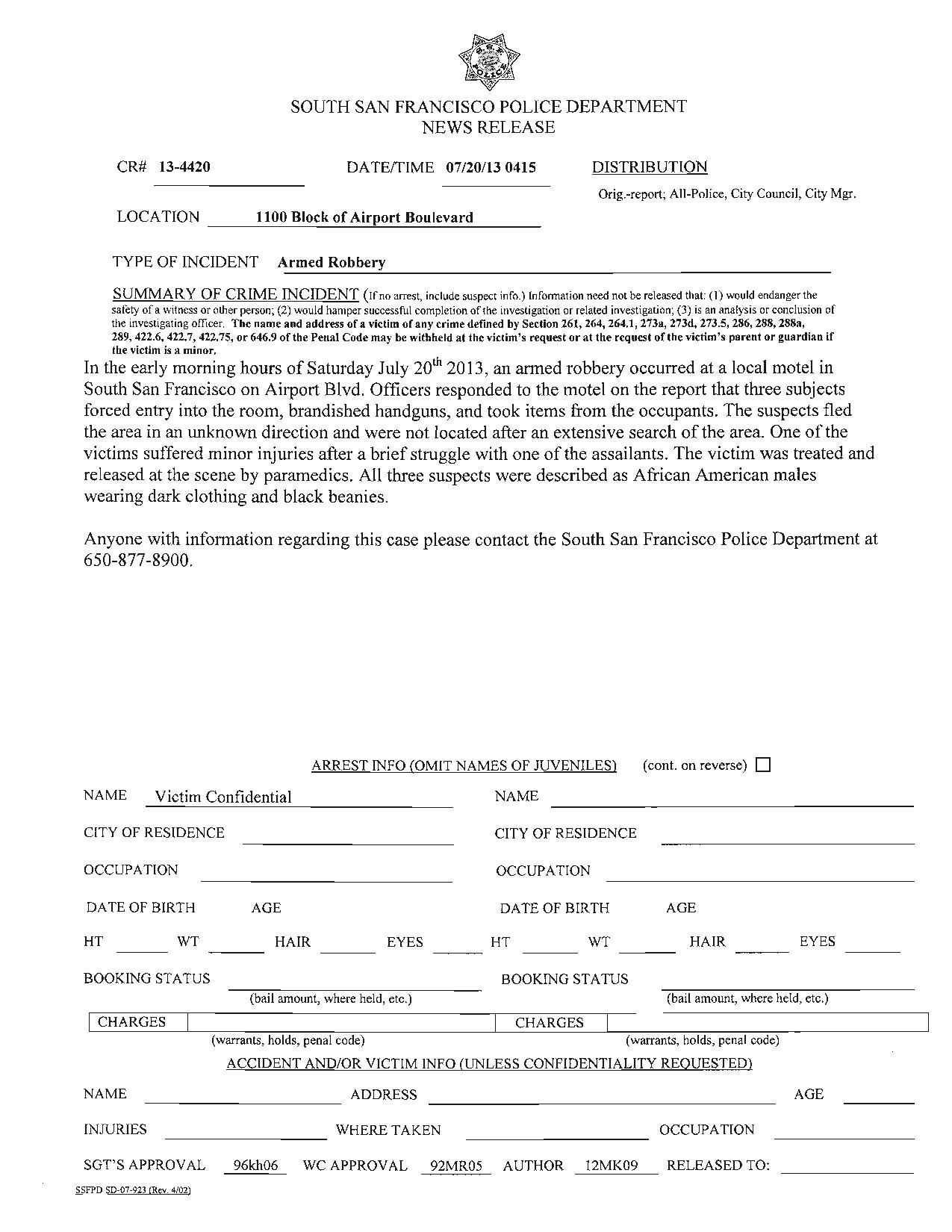