3 WTH here:
1. You don’t go messing with the ice cream man.
2. Robbers -what are you doing here – Stay out of our city
3. PD you have got to get these bulletins out faster – not 2wks later!
On Monday, July 8th at approximately 3:20 in the afternoon, three unknown suspects approached an ice cream vendor as he was walking on the 200 block of Ninth Lane. One of the suspects pushed the victim to the ground while a second suspect brandished a knife at the victim. The third suspect then removed the victim’s wallet from his pants pocket while he was still lying on the ground . The victim called for help and some neighbors attempted tochase the suspects as they fled on foot towards the 800 block of Cypress Avenue. The suspects were not apprehended.

The suspects were described as:

Suspect #2: male, approximately 15 to 25 years old, heavy build and wearing a black T-shirt with a white shirt wrapped around his head.

Suspect #3: male with a skinny build. 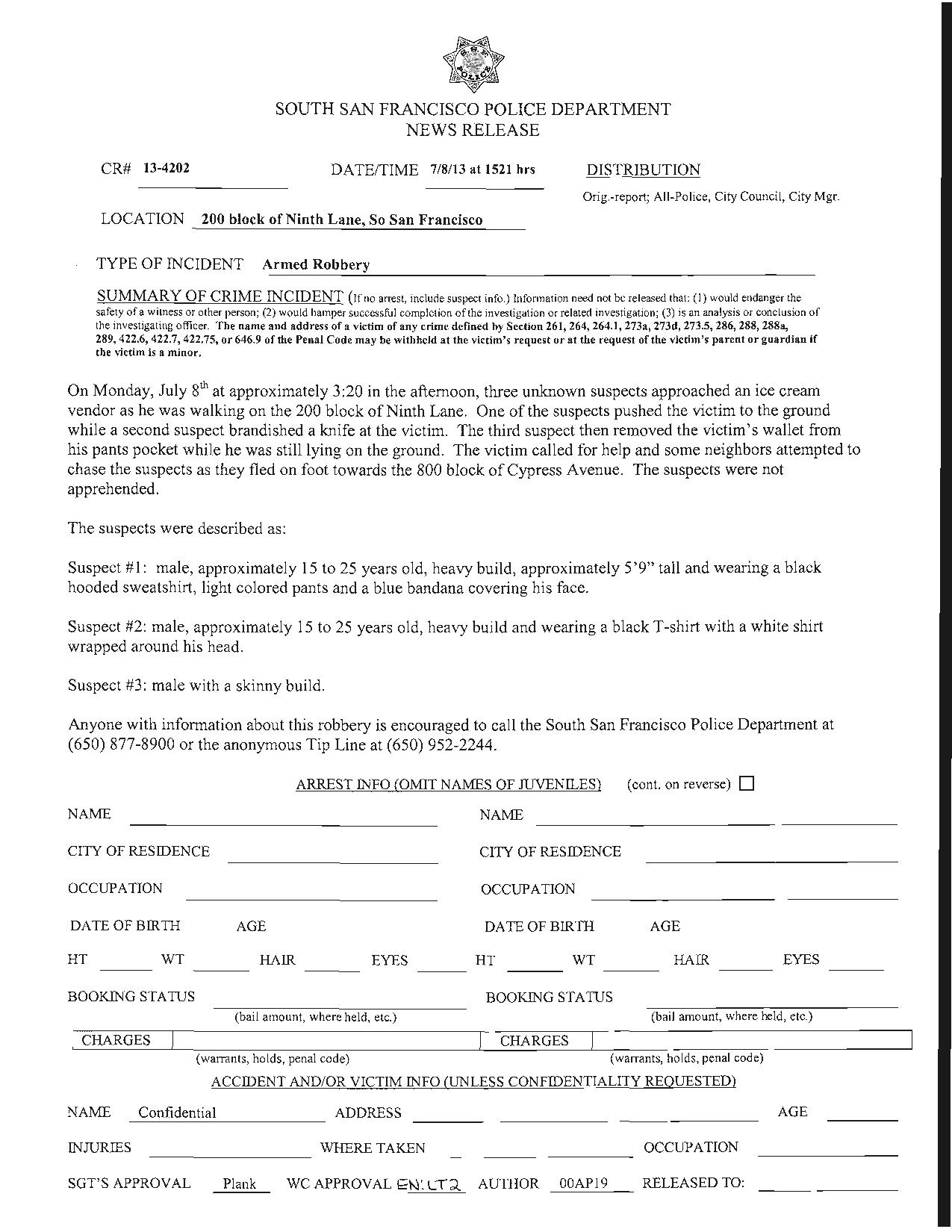