Every now and then someone will send us something to bring us back to the past with a blast and we had three such shares in two days.  Enjoy the photos and share your memories as well.  A throw back Thursday – on a Wednesday. 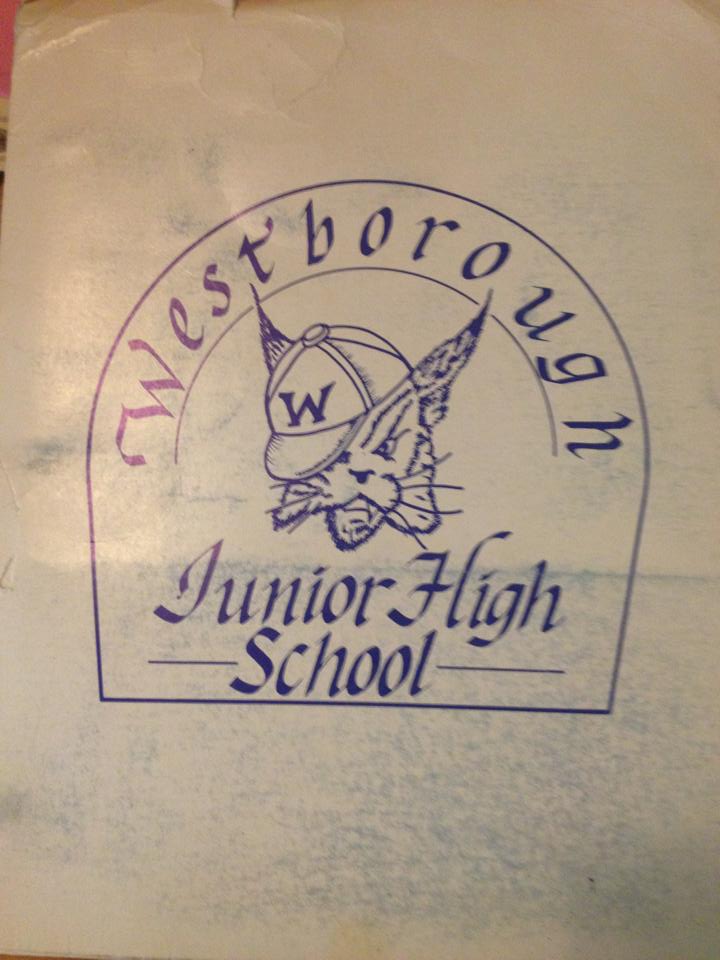 A little throw back Thursday on a Wednesday …. (just to keep you on your toes this mid week!)
Thanks to Charles Cathcart for the photo ‘Throwback Westborough folder’. Over 35 folks liked this post.

Likemedislikeme Idc I went there long walk up the hill

Liza McCarthy Yup, went there too!! That hill is a killer!!

Ava Jalapeno Popper Romero i remember those days at westbrough junior high i went there from 7-8th grade from 2001-2003 at a special ed class before i become a half general ed to half general ed student at el camino high school, most of my neighbors went to alta loma, but not me because the middle school i went to i didnt have to wear uniforms, yay, i got to where age approval like for example cartoons like pokemon and disney were allowed at westbrough junior high, we followed the same schedule as El camino kids and same policies as the colts did, we both got out at 3pm those were the memories and mrs.dunne my special ed teacher was super amazing and the teacher’s aides were super wonderful too! so mrs.dunne took our classmates on a lot of community outing she introduce me to serramonte farmers market and nowadays still go there even on a saturday to buy fresh produce and i love cooking as it is and we also went to the san francisco library and our classmates use computers on the upper floor, those were fun times in and out of my westbrough community miss those days

Not to be outdone, Southwood Junior High shared a remnant of their yesteryear. Over 50 folks liked this post and many shared their memories and thoughts.

Carlos TheDestroyer Solis Im too young for that, but thats cool

Danielle Steele This is horrible.

Karen McEvoy I had one of those.

Andrew Greenlee I went to 7th grade there. It closed the following year. I sure liked it more than Alta Loma.

Lucien Philip Roy Went to So City High in 75

Sandy Searson Laubscher I have one of those somewhere. I was a cheerleader there OMG. Fun times

Kristi Allard Had the best times there in 7th and 8th grades before it closed!

Cecil Branner Where was that school @ in south city ?

Marcia Colhour It was too close to home!

Judy Stone By closing Southwood students who live in the most south parts of the city must attend Alta Loma, at the north end of the city. That’s a long way.

Kristi Allard And that was after Proposition 13 screwed all kids … there were no buses to take the kids across town.

Vinny Vance Especially when you live 300 yards away…

Beverly Spatafore Met a good group of people there! The Searson family were the best of all!

Antonio Xavier Gomez Loved Southwood . Would play on the rooftops . Jump from cafeteria to gym.

Marie Culpepper-Burmley Lol, that’s a pennant from the past. I had one of those!

Sandy Searson Laubscher We sure had some GREAT times Beverly Spatafore. One day we will have a great reunion of friends from those days.

Christine Dias-Nelson Closed the year i was supposed to go there. Great baseball memories though!;)

Cynthia Arias where was this school located???

Michelle Bissell Morgan Ewwww Southwood ” Savages” ???? That not politically incorrect at all!!! Lol

Eve Vuillemainroy We had SamTrans to take us to and from Alta Loma on a special route – no same person older than 18 would get on that bus. The bus driver rocked 106 KMEL and he most likely listed to KSOL… The Savages were little Warriors – Southwood graduates went on to So. City and became Warriors.

Tony Costakis Somebody here on FB posted a bunch of Southwood school newspapers and other related items awhile back. Who’s got them?

Everything South City Hey Tony Costakis – pretty sure they are in the photo album here…. and also on this other group that was archived on this facebook page:  Southwood Junior High School

Linda Baskin Aug Oh gosh I had one of those!