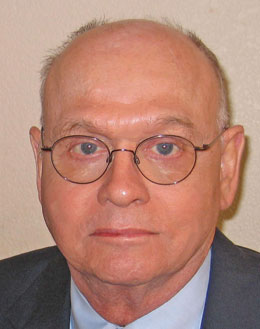 I love San Francisco with its hill and views, piers and beaches, stunning architecture and world-class arts scene. The city is destination, perennially ranking as one of the top cities to visit in the United States. Who wouldn’t love the fog, creeping in on little cat’s feet, the Golden Gate, Coit Tower and the Marina Green. Yes, San Francisco is a great place to visit. And yes, I wouldn’t want to live there.

That’s why I live in San Mateo County. I can visit the city all I want but, at the end of the day, I can come back home to South City. The same is true for more than 700,000 people who live from Pacifica to Portola Valley, from San Carlos to San Bruno, and across our great county. We can choose our lifestyles, from beaches to horse country, suburban housing tracts to farms and ranches, and everything in between.

We live here because we have a choice, and we’ve chosen not to live in a densely packed, high-rise city. Now that choice is in danger. Now unelected, appointed commissions with great power are about to cram a one-size-fits-all 25-year plan down our collective throats. The Draft Plan Bay Area with its restrictions, its coercive funding and its view that all of us, and especially minorities, want to live in small, cramped and closely packed quarters is only days from becoming a reality.

The Draft Plan Bay Area arose out of the flawed Assembly Bill 32 and Senate Bill 375, which mandated that super regional planning agencies (and not local, accountable governments) draw up plans to reduce greenhouse emissions in their areas. In our area, that’s the nine-county Association of Bay Area Governments, the Metropolitan Transportation Commission and others. These bureaucratic behemoths saw their chance, and they took it.

The draft plan is their attempt to remake the populated areas of the nine-county region into clones of downtown San Francisco, Oakland and San Jose. Their chosen weapon of coercion — what, you don’t want to live in some rabbit-warren of a high-rise? — is funding to repair your roads, your bridges and your highways. The MTC website makes it clear; transportation funding will reward “jurisdictions that accept housing allocations through the Regional Housing Need Allocation (RHNA) process.”

Note the use of “accept.” These housing allocations (the number of high-density and low-income projects a city is required to build) are ginned up by unelected bureaucrats, using spurious assumptions about population growth and then dropped on cities on a take-it-or-leave-it basis. They must accept, or their roads will deteriorate and their bridges will crumble. But how can this be, since many of you reading this may not have even heard of ABAG, MTC, RHNA or the myriad other acronyms spewing from the regional planning powers? It’s because in their haste, these agencies have failed miserably (or perhaps intentionally) in their duties to inform the public of what they intend to do to us.

Thankfully, some in our nine-county region have begun to realize that the one-size-fits-all model of extending San Francisco, Oakland and downtown San Jose into surrounding suburbs and rural areas is, at best, wrong-headed, and at worst, a scheme to remake our towns and cities into a vision of conformity and uniformity. We know it’s time to put a stop to this. We know it’s time for citizens to take back control of their communities from the fringe elements that have captured the regional planning process.

Join with us to halt this plan before it is cemented in place July 18. Only two public meetings remain between now and then, both in Oakland and both during the day. Although clearly planned to eliminate serious citizen input, they are your chance to make your voice heard. Visit onebayarea.org for details.

When you stand up to speak, tell them as a San Mateo County resident how much you love to visit San Francisco, but that you wouldn’t want to live there.

Chuck McDougald headed the Veterans Coalition, first for California, then for the Western Region, when Sen. John McCain ran for president in 2008. In 2010, he served as Statewide Volunteer Chair for Carly Fiorina’s campaign for the U.S. Senate. He is currently the Western Region director for ConcernedVeteransforAmerica.org. He lives in South San Francisco with his wife and two kids.