Planned Parenthood protestors continue to meet up on Saturday mornings on the 400 block of Grand Avenue in front of the proposed medical office owned by John Penna. The applicant, Planned Parenthood, has received approval from city commissioners on parking and land use which has been appealed by the group and will come before our city council on August 28 during a public hearing.  The meeting starts at 7pm at the MSB, 33 Arroyo Drive.  For those who would like to speak, be sure to arrive early, fill out a ‘speaker card’ at the back of the council chambers and return it to the clerk in the front left side. When your name is called you can go up to the podium to share your thoughts, opinions, view.  Unless otherwise noted, speakers are allowed 3 minutes at the podium.

The protests have sparked much debate in our city as this video shows HERE. In addition South City resident Kylie Hicks has established an online line petition for those who favor having a Planned Parenthood which can be accessed HERE  and reads:

Below is more information from those who oppose Planned Parenthood along with contact information: 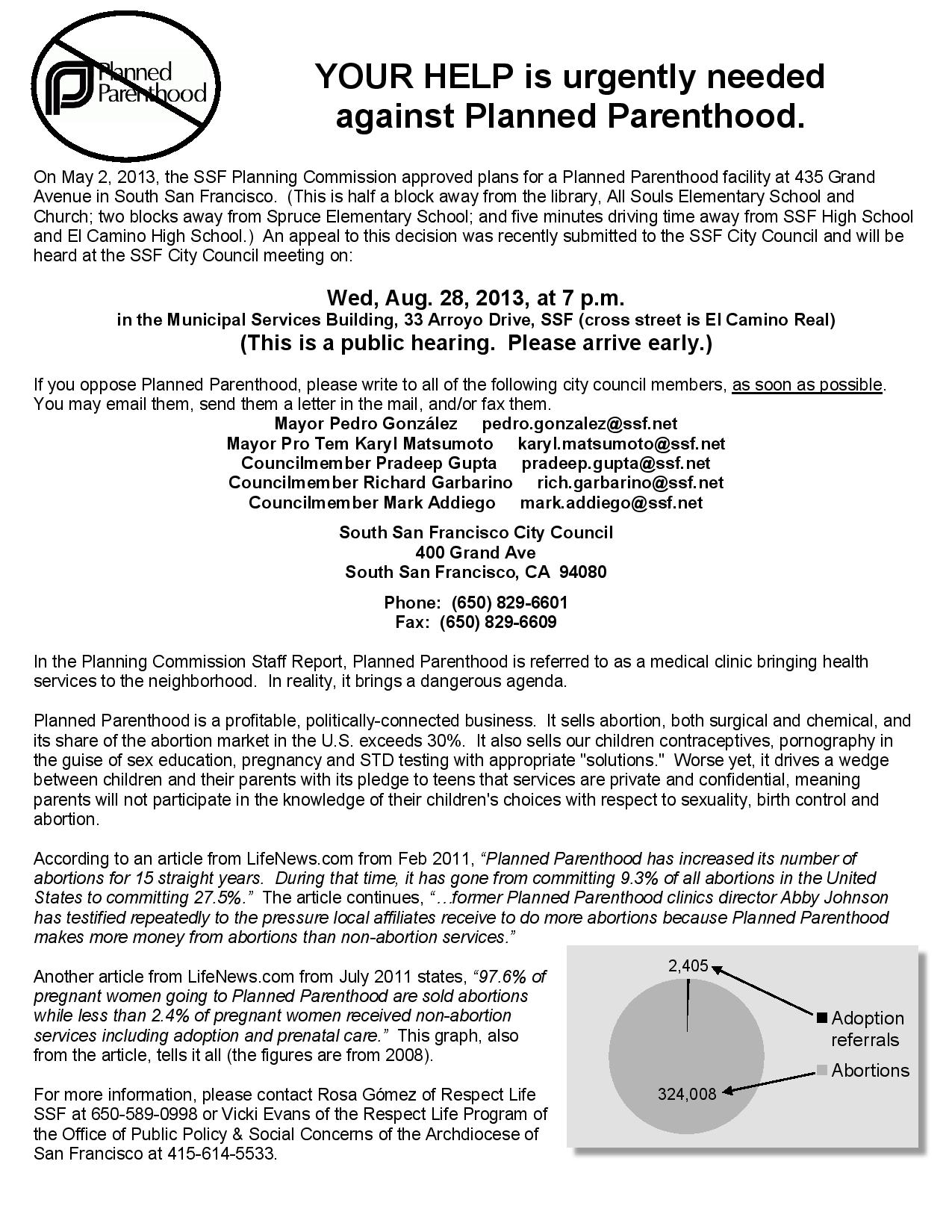 Oh and its a total lie that there will be abortions there. Total LIE. I thought religious people aren’t suppose make up lies?

We do need it especially in Grand Ave 🙂 That is the hub of old So. S. F. Many woman can’t afford health services and heath exams need Planned parenthood.

WE DON’T NEED IT. ESPECIALLY ON GRAND AVE.