Should South City allow Safe and Sane Fireworks on 4th of July? 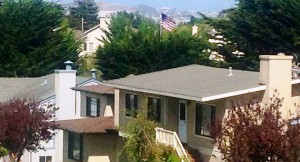 The US Flag flys proudly in Avalon Park 24/7.
Over 40 neighbors agreed this was a great site.

That was the question we put to our friends on our Facebook page after we received multiple messages about 4th of July celebrations; past and present.

One South City resident, Joyce Messing, asked “Please please South City, can’t we have a fireworks event!!!!!!! I have lived here for 50+ years and always have to go elsewhere. Years ago the whole Cherry Ave would light off safe and sane fireworks we can’t even do that , we have all that industry to sponsor it. Can you imagine how great that would be at Oyster Point, we could sell tickets to watch from our new ferry. Please fellow neighbors get on the bandwagon. (like this fb post and comment!!!!!!!!!!!!!!!!)”

Immediately our Facebook page lit up with over 170 folks agreeing to her plea. Additional comments were made by our neighbors:

Brian Perry Making safe n sane illegal in South City has done nothing to stop real illegal fireworks from being used. I wish they would put safe n sane up for a vote like San Bruno did.

Jill Feige I grew up in south city and miss setting off fireworks in our backyard. Cities need to understand it’s the illegal fireworks that cause all the damage.

Jose Escobar One can even prepare a front lawn/backyard.

Luis Valentino Brunelle They need to change it for sure. All they have to do is regulate the locations to set off fireworks which would be like oyster point nothing could catch fire there I believe and maybe even orange park.

Peggy Noonan I grew up in SSF and All the neighbors would get Red Devil Safe and Sane and set them off in the street. It was fun and memorable. It only takes a few idiots out of thousands of responsible people to deprive our children of the joys of our childhoods.

Paula Singer Do it!

Angelique Presidente Having an Oyster PT show would be awesome!! I don’t know about selling tix to watch it, since u could go just about anywhere to watch for free around that area instead, but maybe other activities could bring in money

Anita Porpoise SSF gets tax revenue from all the businesses, they could afford it.

Joyce Messing I meant only for ferry boat viewing, not an admission to watch in a parking lot or other designated area

Joshua Troche Can’t do fireworks here but they can do them in the dry grassland outskirts if Sacramento..?

Michelle Bissell Morgan I agree with everyone. I have great memories of 4th of Julys in South City as a kid/teen. It upsets me that we’ve let the few bad ones with illegal fireworks dictate how we enjoy our 4th. One of the things that has really upset me about living here…. This holiday I have to spend “away” from home it were going to try to do it like a real 4th. That seems kind of sad to me

Randy Quok This doesn’t stop anyone.

Nick Anthony Garren A good SSF show would stop a lot of people from buying fireworks and causing fires or damage to people or property because they have to hide it. Just sayin.

Margie Richmond Mott I remember when building on sign hill was not allowed. Homes wouldn’t burn, and it sure wasettier.

Evan Klein Do we have initiatives in SSF? I don’t even know.

Charles Esqueda we need something here for the 4th of July. Do it.

Jose Chavez There is a middle space. They should have put FIRE on top, WORKS in the middle, and ILLEGAL on the bottom. When you read it as is, it reads FIREWORK ILLEGAL. Sounds like SSF public works can’t spell or use proper grammar.

Anthony Nieva Seems like a lot of people in the community would like to have safe and sane. We should have the law changed back; maybe ESC should look into how everyone can participate in changing this law back.

Richard A. Davis Sr. Yeah the fireworks law is wack..

Angelique Presidente That would be real cool Joyce, didn’t even think about watching on the Ferry

Joseph Troche I just think its funny how South San Francisco, a city surrounded by concrete and asphalt, does not allow Safe and Sane Fireworks and yet the Central and Sacramento Valleys which are surrounded by dry brush DO! If a city doesn’t allow personal fireworks, then they should provide some kind of show for the public however small or large.

Michelle Bissell Morgan Exactly!! I mean where we are moving to, we have lots and lots of trees , brush etc. it’s very plush and near South Lake Tahoe. Trees! But here? In South City? Concrete everywhere?? It makes absolutely no sense and again as I said before, …See More

Robin Messing Ferguson those were safe and sane Mom??

Brian Perry Good thing we ban fireworks in South City. Sounds like a warzone out there.

Debi HdzHorny Live in Winston Manor since the 50’s (my fam 2nd generation) and always party!! and gr8 weather till they cut the trees up by skyline. This was/is the place to live!

Everything South City did a very formal informal poll asking our neighbors ‘Should South City allow Safe and Sane fireworks on the 4th of July?’ and on this question over 100 folks said yes while 3 went for the Nay with more comments coming forward:

Brian Perry Making safe n sane illegal in South City has done nothing to stop real illegal fireworks from being used. I wish they would put safe n sane up for a vote like San Bruno did.

William Walsh Yes they should be allowed

Anita Porpoise And because it is illegal in SSF, they shoot them from their backyards, which is closer to the houses and foliage. SSF gets enough tax revenue, they can afford to have a display at Oyster Point +/or designate an area where residents can shoot off fireworks.

Chris Coghlan It’s up to you, but I find people not safe or sane.. It’s just too dry here. Happy 4th

Nick Delorio Of course they should be! This is America!

Melissa Haro-Lopiccolo Yes they should! It sucks to have to go elsewhere to enjoy fireworks.

Sal Lopez Yes by all the comments it only makes sense people do them anyhow and do them more dangerous because they hide it would bring good support for teams etc .and it’s been going on anyways legal or not .

Michael Jaurigui Yes, I have many great memories of 4th of July as a kid. The whole block use to celebrate.

Angelique Presidente Yes we should get them back! Everyone just does them anyway

Everything South City VOTE on our informal poll – Yes or No! Let’s see some numbers!

Angelique Presidente They should do something similar as San Bruno where the booths pay a percentage based on their sales to a pot that goes to the Fire Dept, etc for fires as a result of the fireworks

Anita Porpoise yeah who pays for SSF’s Fire Dept……….we do and I bet that they are working overtime.

Anita Porpoise you would if you were a homeowner. Without making it legal to blow them off in designated areas, they leave it up to the violators that will blow them off in their backyards or throwing them out of their cars, possibly starting a fire.

Marsha Wray Yes they should. It’s good for fundraising for charities and is SSF people buy them in San Bruno and shoot them off illegally.

Jasmin Sutter Yes!!! Sure we get the people who blow off the illegal ones and that’s fun to watch, but it would be a lot more fun setting off legal ones outside your own home with neighbors joining in.

Pam Monozon Riechel Allowing Safe and Sane in San Bruno doesn’t stop the illegal, and it, in my opinion, makes it harder to stop the UNsafe illegal ones

Rene Lemire they always have them there when I was a kid. When they made it rough on us we just went to San Bruno..

Rene Lemire whatever law they pass doesn’t matter though. I just go to Chinatown and get the legal ones. F*ck safe and sane fireworks anyway. all the years I thought you legal fireworks I never cause a fire Illegal ones ( stupid voice to text making me look like I don’t speak English again..)

Across the country there was a great disappointment in our federal government’s action of suspending fireworks at our military bases due to ‘the sequester’.  One soldier, Staff Sgt. Jeff Wells, was determined to see his base, Fort Bragg, NC, celebrate a traditional 4th of July. Wells submitted an essay ‘Red, White and You’ in response to a contest sponsored by cable TV networks Destination America and USA and he won celebrations for his community. His essay: 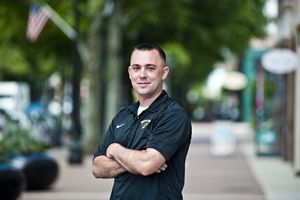 ‘Due to governmental budget cuts, there will be no post fireworks for Fort Bragg. Our post is home to more Army tradition than any other installation, has produced the most Medal of Honor recipients, and is seen as the center of the Army Universe. To not have a fireworks display on our nation’s day of independence for those who have fought to secure our freedom is not only a morale-degrading scenario but also a shame to those who have sacrificed so much. As an Army leader, I believe a fireworks event celebrating all that Soldiers fight for would not just boost morale but also let them know that, despite our difficult fiscal times, they are not forgotten and still have the support of those they fight to protect.’ Staff Sgt. Jeff Wells

Everything South City was asked why it was important to celebrate our countries birthday in the traditional manner. It appears John Adams said it best; 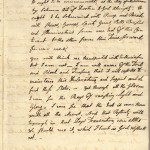 “I am apt to believe that it will be celebrated, by succeeding Generations, as the great anniversary Festival. It ought to be commemorated, as the Day of Deliverance by solemn Acts of Devotion to God Almighty. It ought to be solemnized with Pomp and Parade, with Shews, Games, Sports, Guns, Bells, Bonfires and Illuminations from one End of this Continent to the other from this Time forward forever more.

You will think me transported with Enthusiasm but I am not. — I am well aware of the Toil and Blood and Treasure, that it will cost Us to maintain this Declaration, and support and defend these States. — Yet through all the Gloom I can see the Rays of ravishing Light and Glory. I can see that the End is more than worth all the Means. And that Posterity will tryumph in that Days Transaction, even altho We should rue it, which I trust in God We shall not. John Adams”

Come January South San Francisco will have a new sitting council and they can expect this question will definitely come before them for 2014 celebrations. Let’s hope they listen to the people and find new ways for us to celebrate the 4th of July in our own home town.