Well… the good news is that our neighbors on the 500 block of Baden Avenue, Second Lane and Third Lane and the 300 block of Rail Road Ave who have had credit cards, bank statements and checks stolen, possibly out of their mailboxes now may have some closure – thanks SSFPD.

On Thursday, August 22, 2013 at around 6:39 in the evening, Jorge Rodriguez-Borrego was arrested for fraud at hotel located on the 100 block of East Grand Avenue in South San Francisco. Rodriguez­ Borrego had booked a room at the motel using a fraudulent credit card. Rodriguez-Borrego was found to be in possession of numerous credit cards, bank statements and checks belonging to victims that resided in the area of the 500 block of Baden Avenue, Second Lane and Third Lane and the 300 block of Rail Road Avenue in South San Francisco. It is suspected that the items were taken from
un locked residential mail boxes. Rodriguez-Borrero is currently being held at the San Mateo County Jai l on $100,000 bail.

Anyone having information regarding this investigation is requested to contact Officer Gablin at the South San Francisco Police Department (650) 877-8900 or call the Anonymous Tip Line at (650) 952-2244. 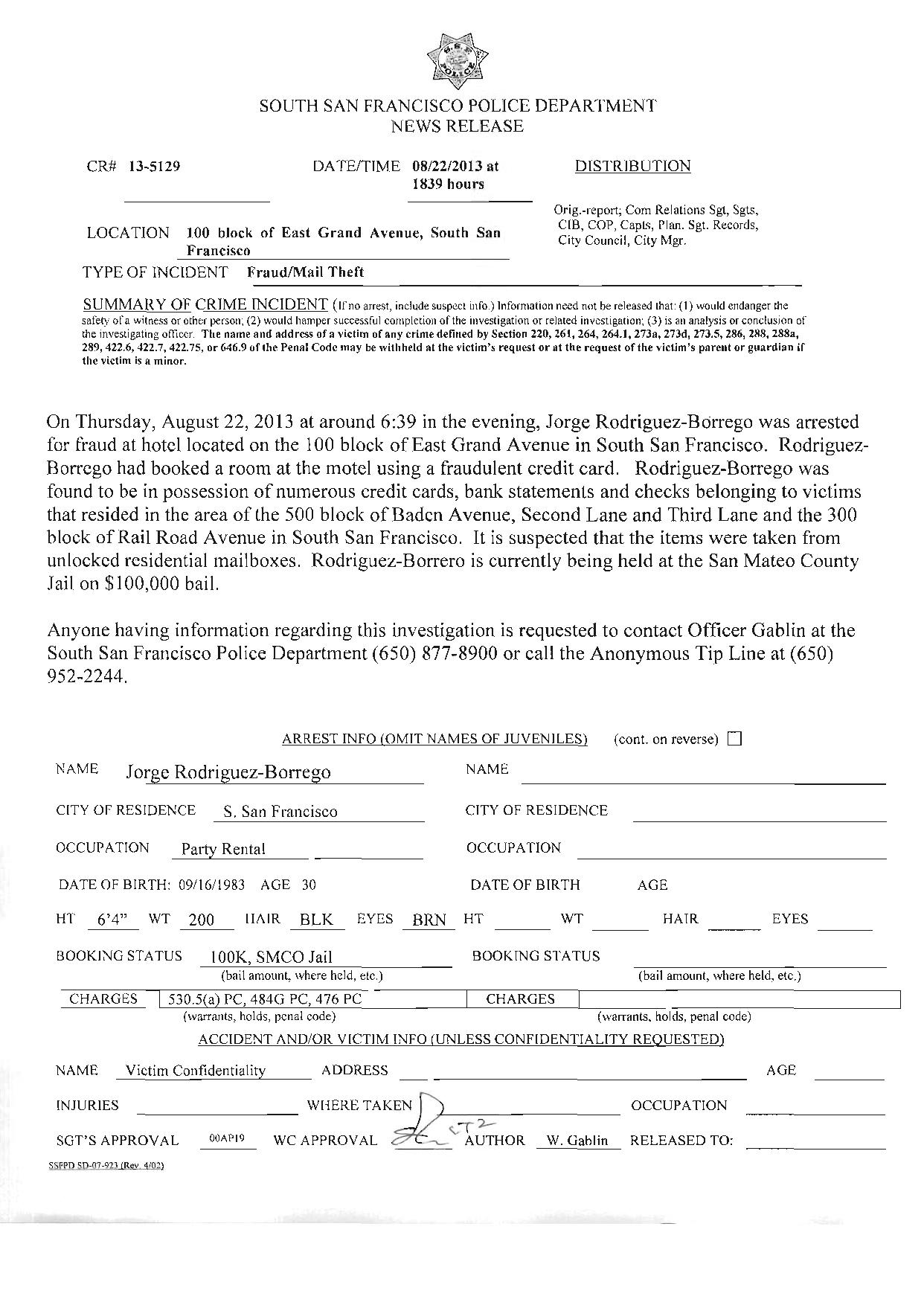