Planned Parenthood on Grand Avenue or not? That is the issue before our City Council this Wednesday August 28 at 7pm at the MSB 33 Arroyo Drive.  The public hearing will be televised on community channels Astound 26 and Comcast 27. Live streaming is also available on the city website. This issue has been before our Parking Place Commission and our Planning Commission and both commissions have voted in favor of Planned Parenthood utilizing the 435 Grand Avenue location. Adequate parking is available on the street as well as the local city lots including the parking structure on the 300 block of Grand Avenue. Land use is consistent with the general plan although lone dissenter, Planning Commissioner Carlos Martin identified Mission Road as possibly a better site for Planned Parenthood. Martin is also a candidate for this November election for City Council.  The approval has been appealed by Rosa Gomez, Rolando Delgadillo, Vera Priego, Teresita Valido and Respect Life South San Francisco. 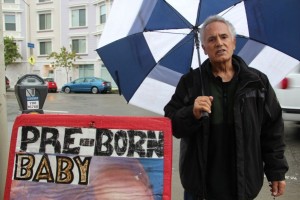 Emotions have run high over this issue as anti-abortion advocates have taken up the 400 block of Grand Avenue on Saturdays in protest. Among them the infamous Ross Foti and his oversized posters of dead fetuses has caused even further division among many in, and out of, our city. While many believe protesters on either side of the debate have the right to gather, there is a controversy on both sides of the aisle on the signage that Foti brings. Some pro-lifers say it takes away from the message they are trying to share to others about the evils of Planned Parenthood, others state it brings the truth out in the public. Others in favor of seeing Planned Parenthood move in on Grand Avenue argue the signage is damaging to children especially and that Foti needs to be removed from the area as he has been from other cities.  ‘Protesting the protestor’ has been the call by city council candidate Kate MacKay.  Danielle Brown wrote, “As for graphic pictures, Germans did not believe that Holocaust happened right under their noses, until the very graphic pictures of the victims started being displayed.”  It should be noted that abortions will not be performed at this location.

Word out in our community is that Planning Commissioner and City Council candidate Rick Ochsenhirt was relieved of his duties at his All Souls Parish due to his yes vote on the land use issue when it was before the Planning Commission.  And on June 29th John Penna, the owner of the 435 Grand Avenue property was reported to have ‘hosed down’ Father Joe Richard, a retired priest from All Souls.  “Now we know how to handle “occupiers. ‘Hose ‘em. Cops did that a lot in the South. Hope this goes to a jury. Bet we’d see jury nullification. Buffer zones shouldn’t be limited to clinics. They should be applied to all protesters” was the comment posted by Jim Clifford. 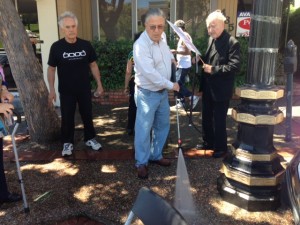 Local merchants have repeatedly complained about protesters disrupting business, others that the walkways are difficult to navigate with protestors blocking their way.  “Everyone should be able to enjoy the freedom of their choice to go to businesses that they choose without interference from picketers. You can protest all you want but you have to respect others and their properties.” shares JoAnn Willis

Views are strong on both sides as shown by the statements by Al Bullentini “We need a Planned Parenthood Clinic like we need a hole in the head” and Gayle Peterson “This is a very densely populated area. The need is great. Let’s do it!”

There is sure to be more heated discussion at this upcoming council meeting tomorrow evening.  City staff have worked hard on this issue and the current report is no less than 500 pages of detailed information addressing each item appealed. The city staff report, signed by City Manager Barry Nagel , finds in agreement with the Parking Place Commission and the Planning Commission decisions as based on law. To access the reports online, please go here. For more information on our previous coverage, please go here.

If you attend the meeting and would like to speak, please arrive early and sign a ‘speaker card’ located in the back of the room, complete it and bring it up to the city clerk in the front left side of the room. Your name will be called when it is your time to speak. Because we are all neighbors, we hope this can be a civil discourse that highlights the best of who we are as South City residents.