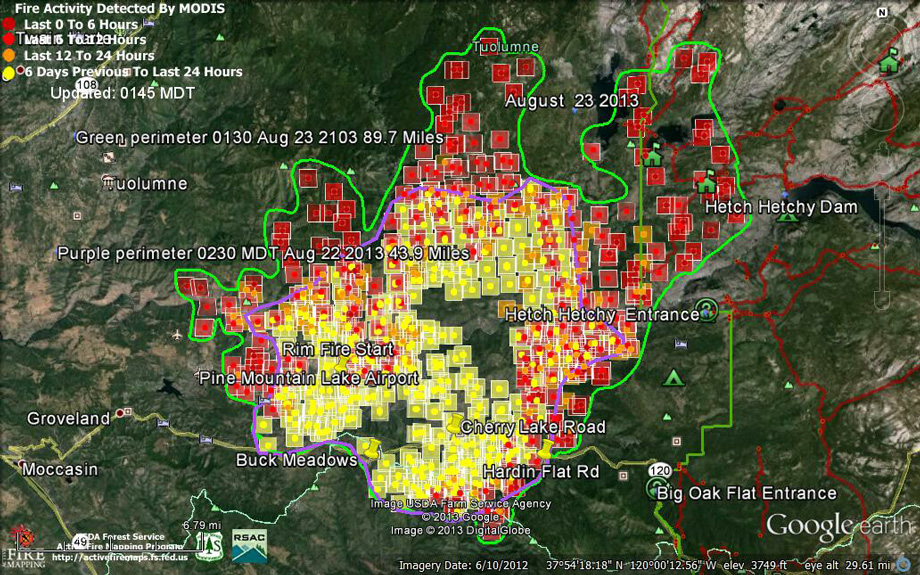 Most have heard about the ‘RIM FIRE’ over near Yosemite and how it has doubled- and tripled in size and continues to rage out of control. Some speculate this could burn for weeks as over 1400 firefighters work on this inferno that continues to fan out in all directions. 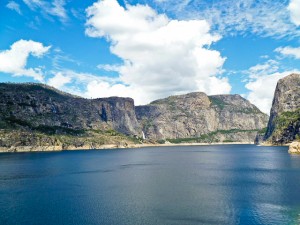 ESC asks that you keep those firefighters, and the residents in the area, in your thoughts and prayers. After the Yarnell Fire that took the lives of 19 hotshots last month, we know the risks associated with wild land fires.  Firefighters from San Francisco, Marin, Berkeley, Redwood City, Alameda, Santa Clara, and Contra Costa have been deployed to the RIM FIRE as well as the California National Guard’s 129th Rescue Wing out of Moffett Field.   Currently this is the largest and fastest growing fire in the country in part due to the steep terrains.

Because many of our locals use Yosemite area as their playground, and because we receive our water supply from Hetch Hetchy, this is a situation we will keep a close watch on and advise of important updates. Over 2.6 million of us receive our water from Hetch Hetchy and the hydroelectric power supplies SF facilities. The City of San Francisco has declared a State of Emergency due to fire damaged power and communications assets owned by the San Francisco Public Utilities Commission (SFPUC) as part of the Hetch Hetchy Water and Power System. Governor Brown has also declared a State of Emergency for the Rim Fire, freeing up resources to continue to bring this fire into control. Last evening there was a report that federal budget for wild land fires were nearly extinguished and that monies would have to be used from other sources, such as federal recreation funds. 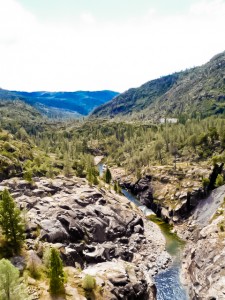 The RIM Fire has jumped the Tulomne River in areas that have very steep terrain. Pictured here at Hetch Hetchy
Photo: Everything South City

Currently reports state the fire has entered Yosemite off of hwy 120 and is a mile or so away from Hetch Hetchy.  Hwy 120 continues to be closed from the south junction of state road 49 (near Chinese Camp) to 6 miles west of Yosemite National Park Boundary, per Dept of Transportation. If you are traveling in that area be sure to check out the current conditions as everything is changing very quickly. Camps Tawonga, San Jose Family Camp, Berkeley Tuolumne Camp & San Francisco’s Mather Camp have been evacuated.  Entrance to Yosemite from Merced is currently still open.

Again, we will work to keep you up to date with major developments and we ask that you please keep your positive thoughts out to our firefighters working under these very dangerous conditions.

Fire Cause: Under Investigation Total Personnel: 2,011

An evacuation order has been ordered for the area north of Ferretti Road to Elderberry Road. An evacuation advisory has been issued for the community of Pine Mountain Lake. Communities along Ferretti Road from Highway 120 to Pine Mountain Road and Highway 120 at the Yosemite National Park boundary west to Smith station have been evacuated. Evacuation center is located at the Mother Lode Fairgrounds in Sonora.

For more information on this press release or if you have questions regarding the information, please contact the Rim Fire at 805-727-4775 Updated information can also be obtained at http://www.inciweb.org/incident/3660/ 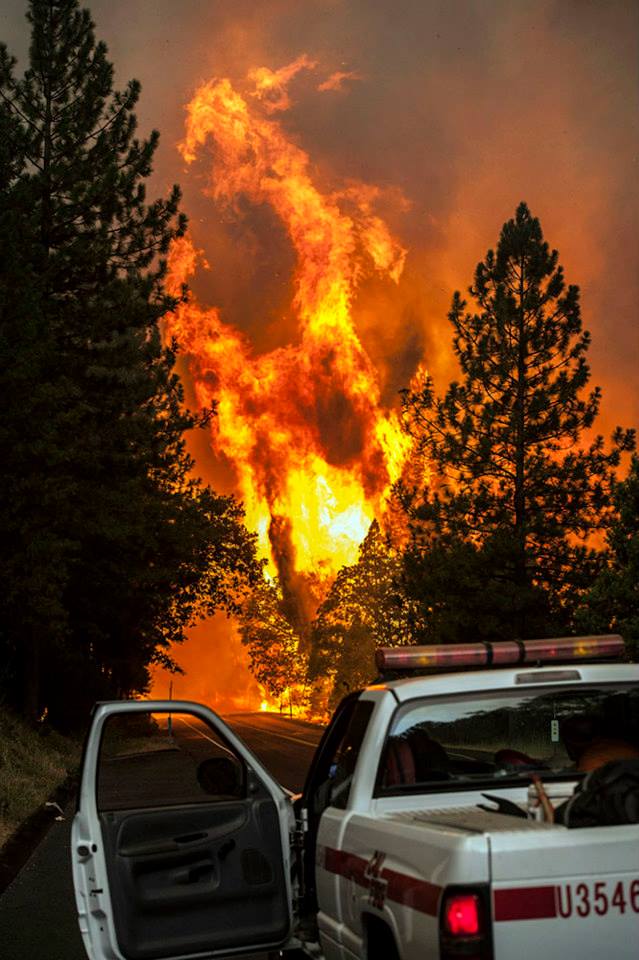 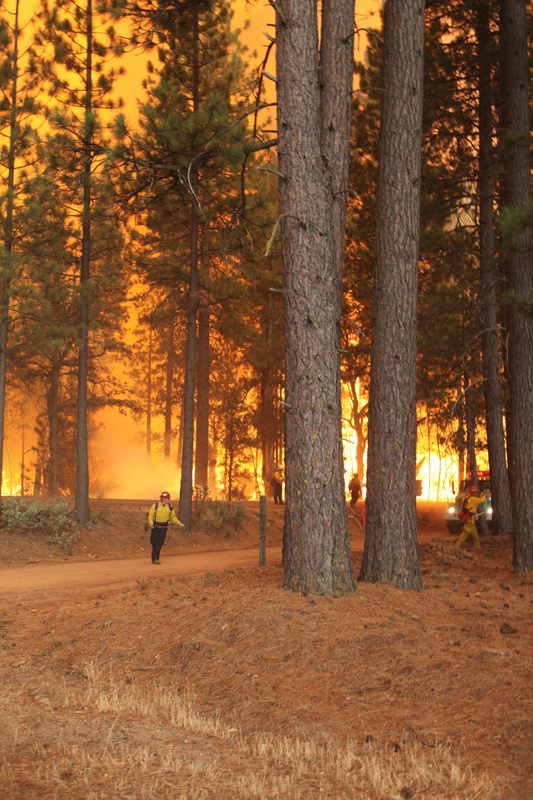 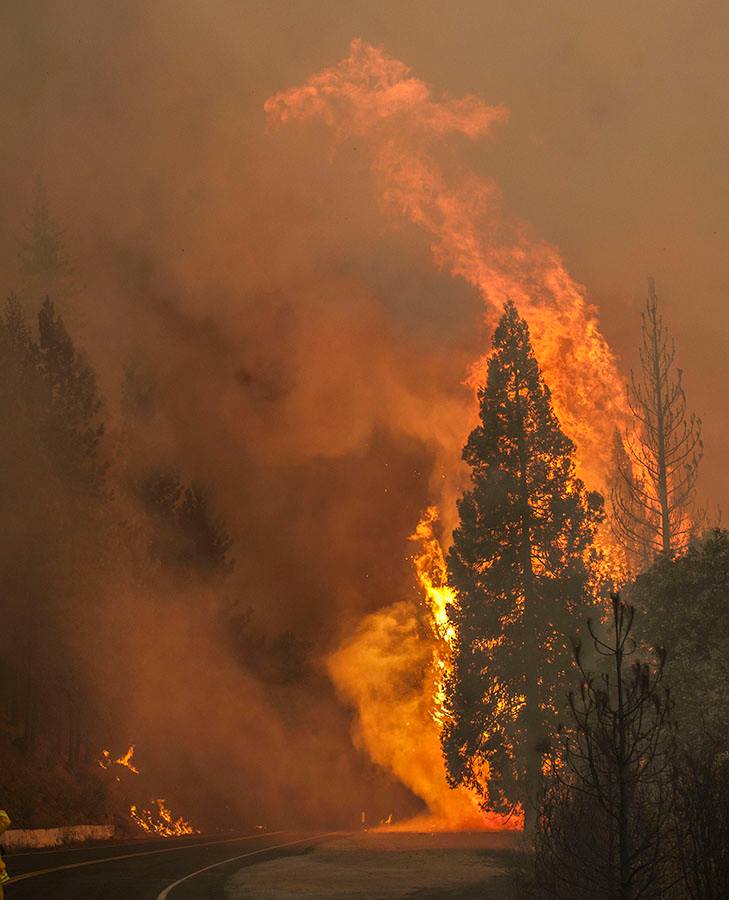 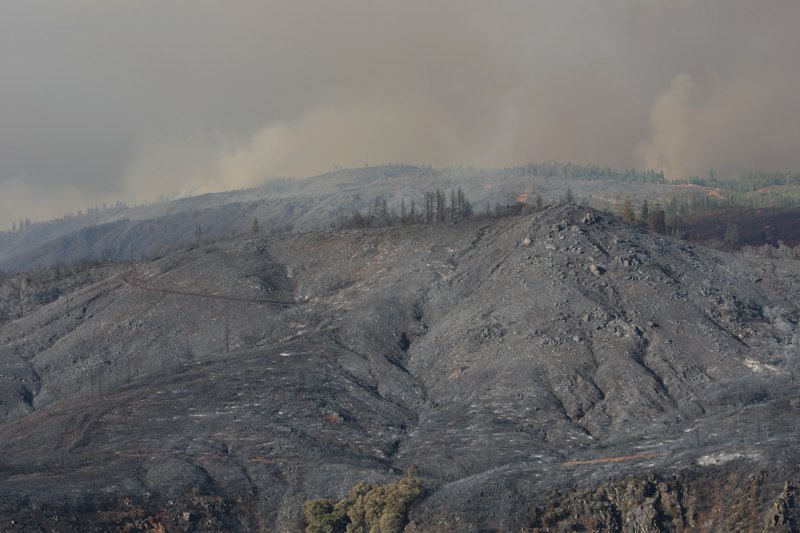 Devastation in the Stanislaus National after the RIM FIRE raged through 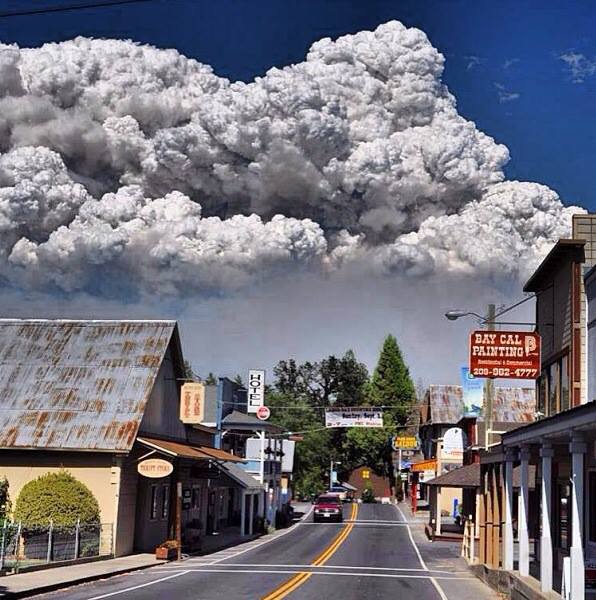 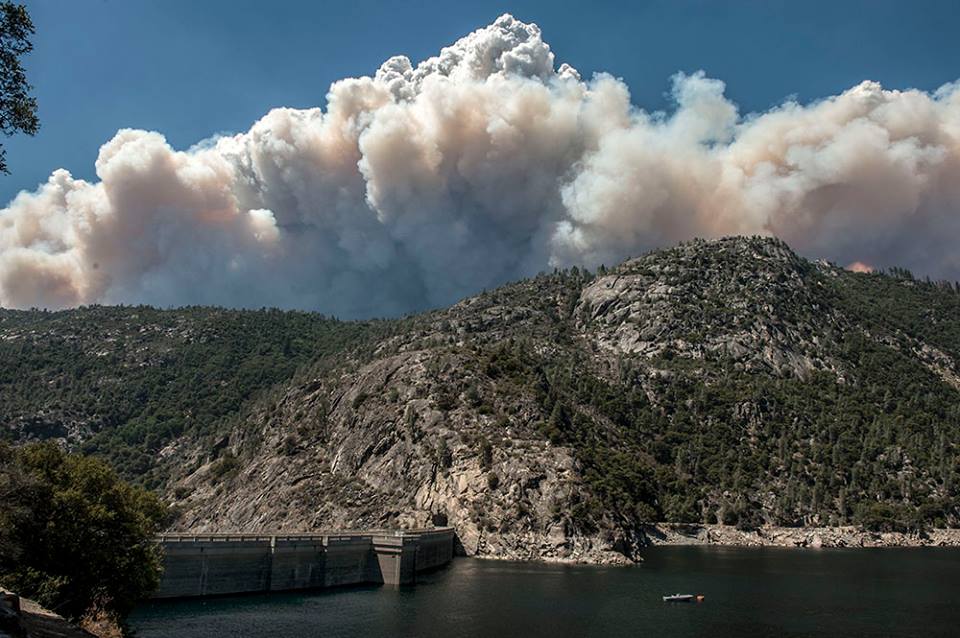 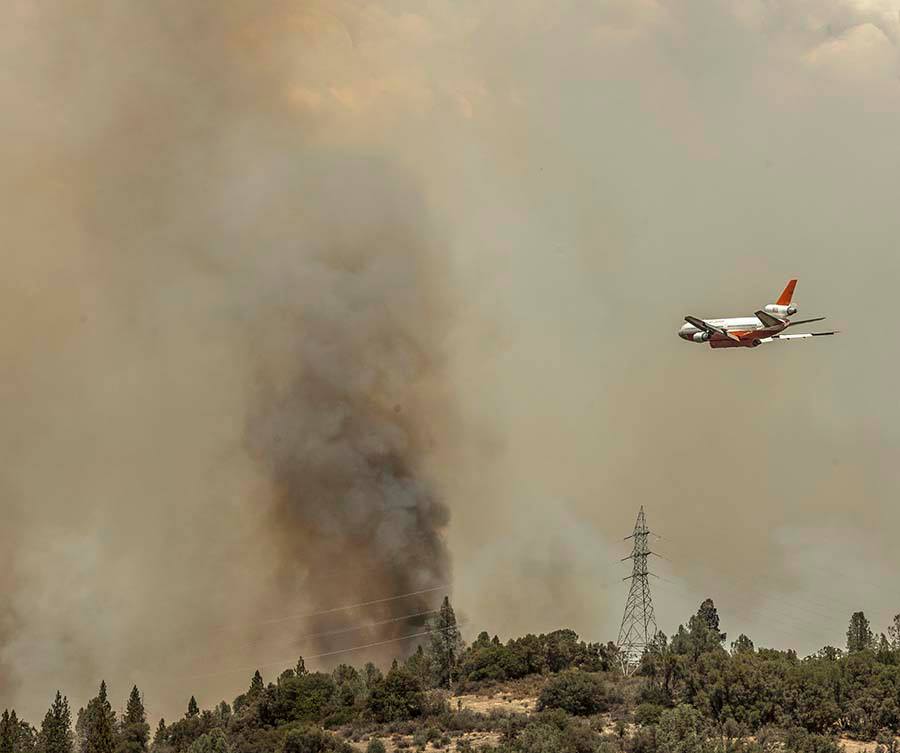 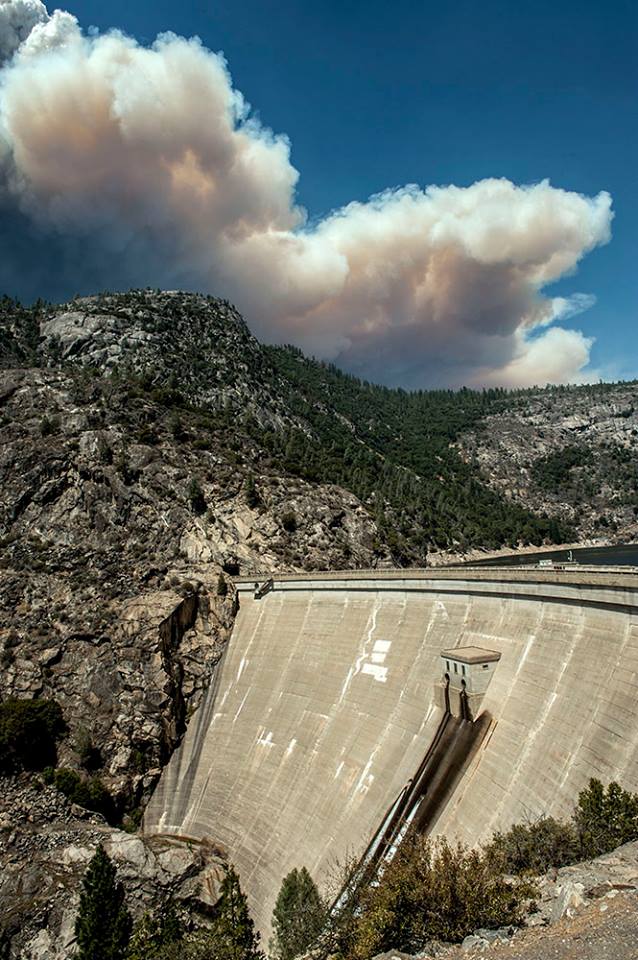 Thanks for the informative article even though I am reading it a year late.

I just read that the plan is to log about 50 square miles of this burn about half along roads and the other in forest areas.

One statement in particular caught my attention: “It’ll be an economic tragedy if this gets litigated and stopped”

On the other hand consider the thought that it will be an ecological tragedy if this does not get litigated and stopped.