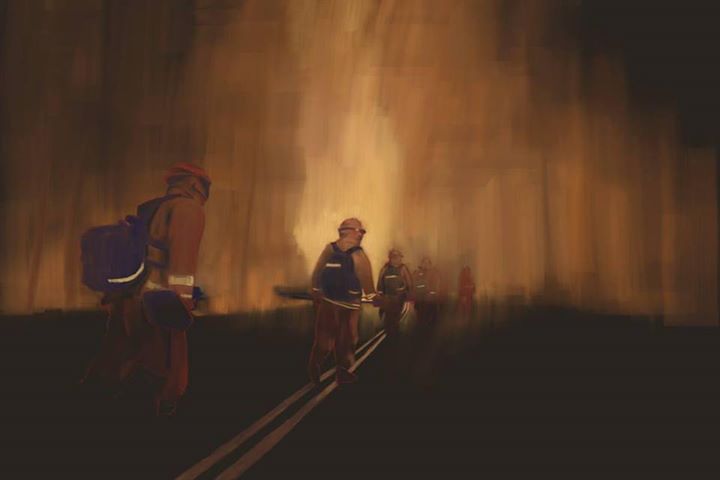 The Rim Fire, which started for reasons unknown at this time, is only 35% contained after blazing since the afternoon of August 17th and consuming 213,414 acres,  has demanded a total of 4,844 personnel.  This update below was released from the Incident Information System at 9pm this evening and states the current temp is 89* with SW winds at 15mph and a low humidity of 21%.  Evacuation has not been updated since yesterday and that information can be found at the bottom of this report.

As of 6am this morning reports showed:The burnout operations continued overnight in the southeastern area of the fire. Fire crews continued construction of fire line along 3N01 Road to stop fire spread to the north. Structure defense continues in Pinecrest, Mi-Wuk Vilalge, Confidence, Cold Springs, and Hodgdon Meadow, and Big Oak Flat in Yosemite National Park. Today’s plans are to continue the burnout in the Yosemite National Park south of Hetch Hetchy. If conditions allow, the Duckwall Mountain north of Fahey Meadow burnout will start. Air operations will support all firefighting efforts as needed.

Effective today, 8/29/13 at 12:00 P.M. the Tuolumne City Evacuation Advisory will be lifted. There will be periodic road closures within Tuolumne City due to emergency operations. Also effective today, at 4:30 P.M, the evacuation advisory for the areas of Soulsbyville and Willow Springs will be lifted. We request that residents remain vigilant and continue to monitor local radio stations if conditions change.

The evacuation advisory remains in effect for Ponderosa Hills and areas east, along the south side of Highway 108 up to Pinecrest.

The road closure at Buchanan/Cottonwood and Sunrise Drive remains in effect.

We ask that all drivers use caution in these areas due to the large amount of emergency services traffic.