Here are some of the latest updates on the RIM FIRE

* Thank you to the Firefighters – special VIDEO HERE 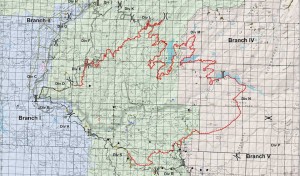 The Rim Fire Information Lines have been experiencing technical difficulties. We appreciate your patience during these times.

Last night, firefighters conducted a burning operation from Paper Cabin Ridge down to the Tuolumne River and south from Duckwall Mountain to Skidmore. Crews secured fireline around spot fires in Reynolds Creek and dozers worked on constructing fireline north from Duckwall Mountain towards Fahey Meadow. In the southern part of the fire, crews secured the line near Pilot Ridge and near the border of Yosemite National Park. For today if conditions allow, crews are expected to begin a large burning operation from Hetch Hetchy Reservoir south to Tioga Road in Yosemite National Park in an effort to stop the spread of the fire to the east, as well as a burning operation from Highway 120 to Pilot Peak. 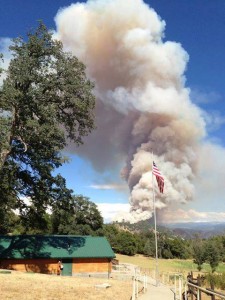 Looking across the Tuolumne River on Aug 27, 2013
Photo: Groveland