Below is some information on how to identify such conditions and we urge our neighbors to contact police should they suspect someone is being held against their will. Police can be contacted through 911 if happening in real time or Monday through Friday at 877-8900. Anonymous tips can also be left at the tip line: 952-2244

How You Can Help

Victims of sex trafficking are often found in the streets or working in establishments that offer commercial sex acts, i.e. brothels, strip clubs, pornography production houses. Such establishments may operate under the guise of:

People forced into indentured servitude can be found in:

How Do People Get Trapped Into Sex or Labor Trafficking?

No one volunteers to be exploited. Traffickers frequently recruit people through fraudulent advertisements promising legitimate jobs as hostesses, domestics, or work in the agricultural industry. Trafficking victims of all kinds come from rural, suburban, and urban settings.

There are signs when commercial establishments are holding people against their will.

Visible Indicators May Include:

Trafficking victims are kept in bondage through a combination of fear, intimidation, abuse, and psychological controls. While each victim will have a different experience, they share common threads that may signify a life of indentured servitude.

Trafficking victims live a life marked by abuse, betrayal of their basic human rights, and control under their trafficker. The following indicators in and of themselves may not be enough to meet the legal standard for trafficking, but they indicate that a victim is controlled by someone else and, accordingly, the situation should be further investigated.

Profile of a Trafficked Person

What Is the Profile of a Trafficking Victim?

Most trafficking victims will not readily volunteer information about their status because of fear and abuse they have suffered at the hands of their trafficker. They may also be reluctant to come forward with information from despair, discouragement, and a sense that there are no viable options to escape their situation. Even if pressed, they may not identify themselves as someone held in bondage for fear of retribution to themselves or family members. However, there are indicators that often point to a person held in a slavery condition. They include:

Anyone can report suspected trafficking cases. If the victim is under 18, U.S. professionals who work in law enforcement, healthcare, social care, mental health, and education are mandated to report such cases. Through a grass-roots community-wide effort and public awareness campaign, more professionals on the front line can readily identify the trafficking victim and have him/her treated accordingly.

Adapated from US State Department 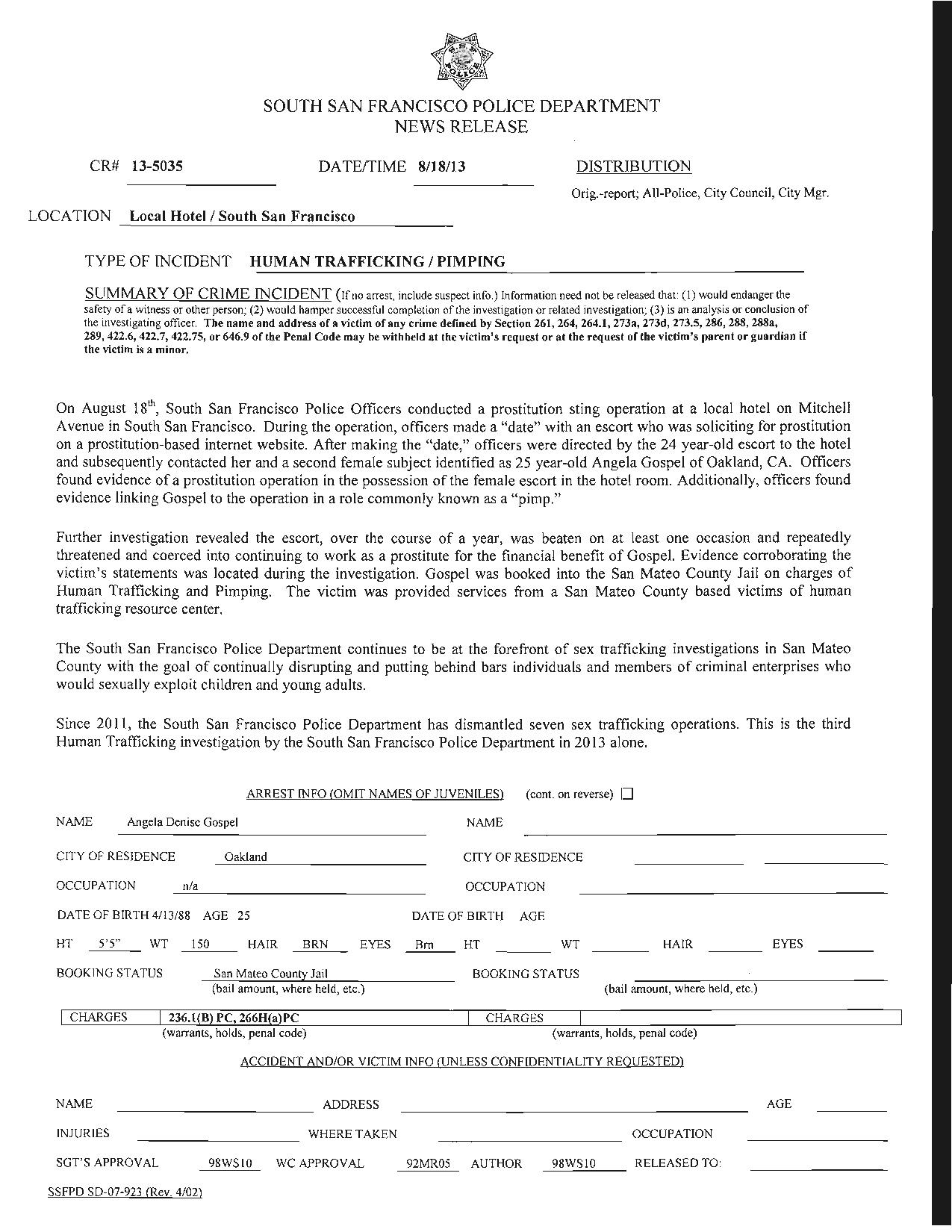