On August 8th 2013 at about 10:50 PM, unknown suspects shot several rounds into an inhabited residence on the 400 block of Commercial Avenue. There were no injuries reported. There is no suspect information at this time. Anyone with information can contact the South San Francisco Police Department at 650-877-8900 or via anonymous tip line 650-952-2244. 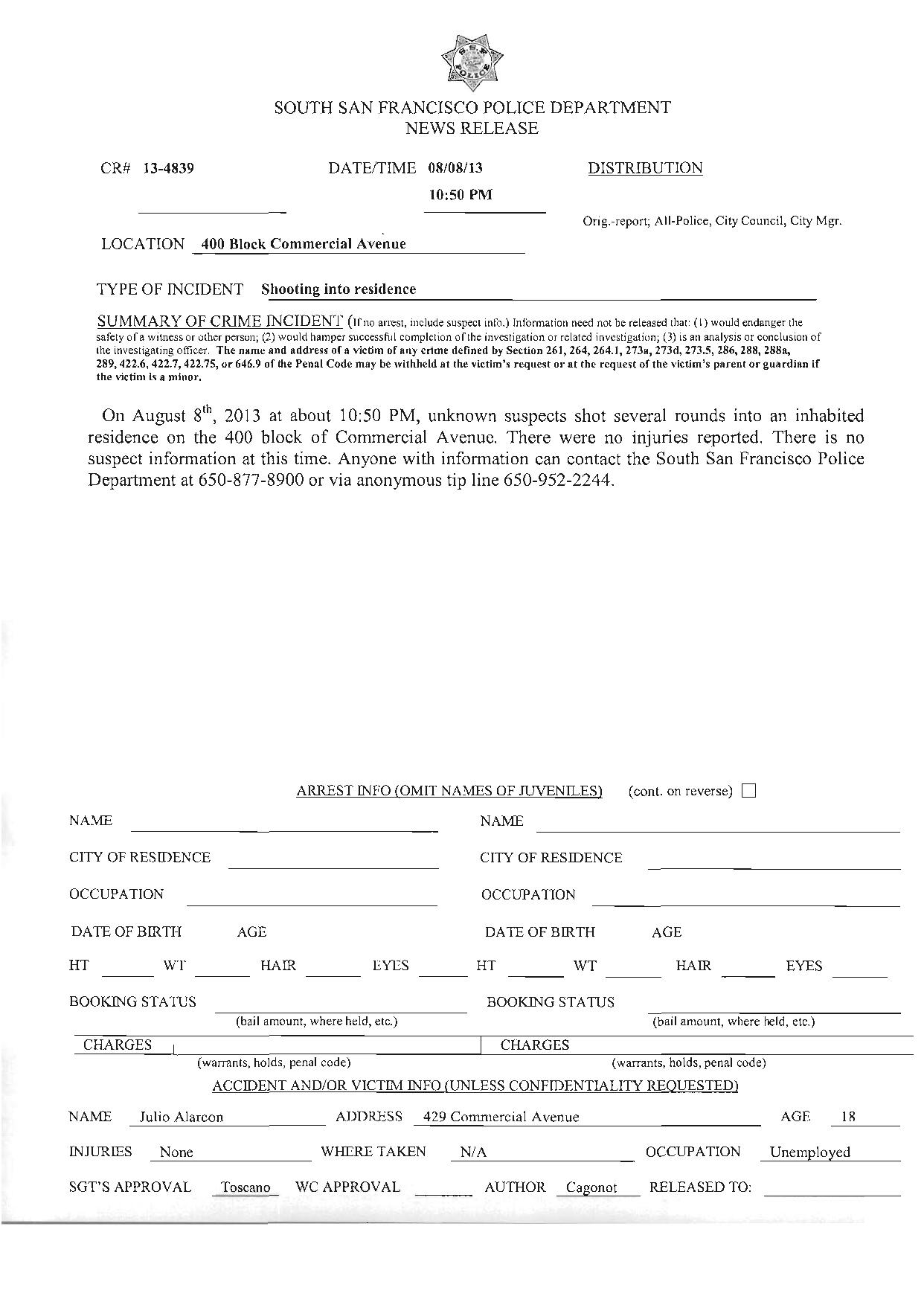