Search Warrant and Arrest for Illegal Possession of Weapons/Ammunition

On 08110/2013 at 0800 hours, members of the South San Francisco Police Department served a search warrant at the residence of (S) Rafael  Tavake. Located during the warrant was an illegally owned handgun, illegally purchased/owned  large-capacity magazines, illegally owned ammunition and a pair of metal knuckles. Tavake was arrested and booked at the San Mateo County Jail for the following charges: 29800 (A) (1) PC, 30305(a) PC, 21810 PC and 32310 PC 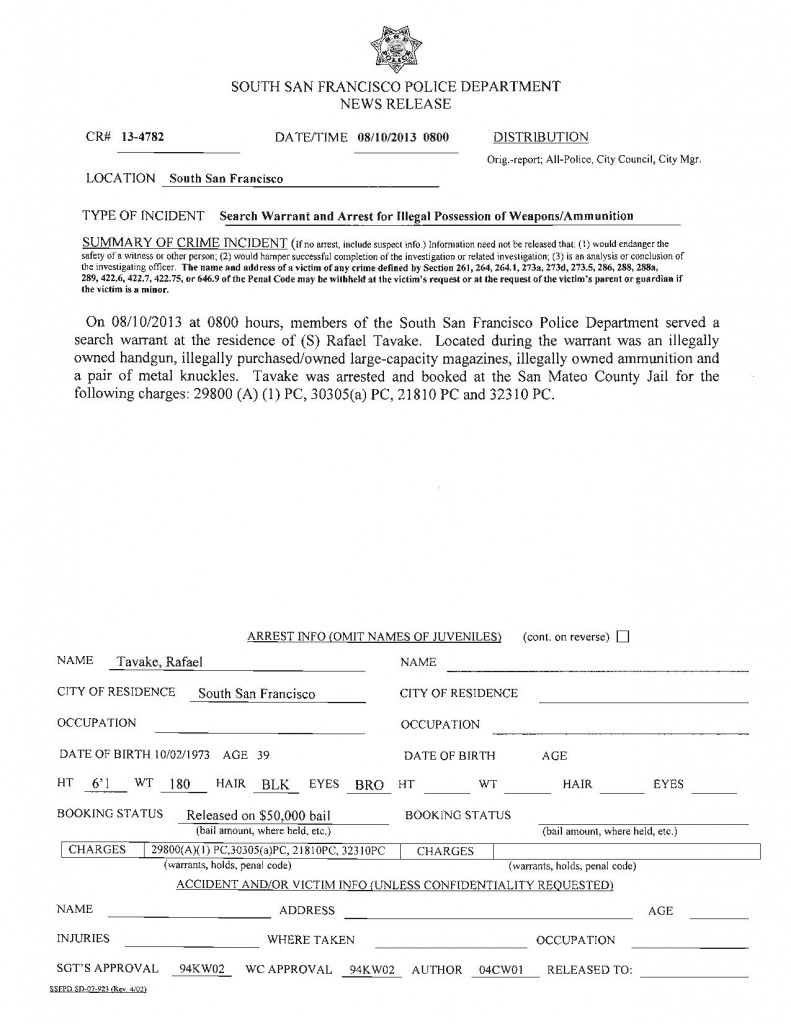 1 comment for “SSFPD Arrest: Illegal possession of weapons and ammunition”