On Saturday, August 03, 2013 at approximately 5:49 pm, South San Francisco Police Officers responded to a residence on the 800 block of Second Lane in South San Francisco. The initial report invol ved an unknown male who was inside of the caller’s residence without any clothes on. When officers arrived, they were advised that the male suspect had locked himself inside of a bedroom in the garage and was refusing to exit. After several unsuccessful attempts to have the suspect surrender, the door to the bedroom was forced open and the suspect was taken into custody without incident . The suspect was identified as Rodney Narayan, who was wearing only his underwear.

During the investigation, it was determined that Narayan had entered the residence by climbing through a wi ndow in the garage. Once inside the residence, Narayan took some items and entered the main living area where he encountered the female resident and her two children. Narayan grabbed the female’s arm and tried to coerce her into coming downstairs with him. When the female refused, Narayan then reached his hand i nto his underwear and motioned as if he was masturbating. When he went into the garage, the female was able to lock the door behind him to prevent him from returning inside the living area.

Narayan was arrested and booked at the San Mateo County Jail.
on $100,000 bail. Narayan is from San Bruno. 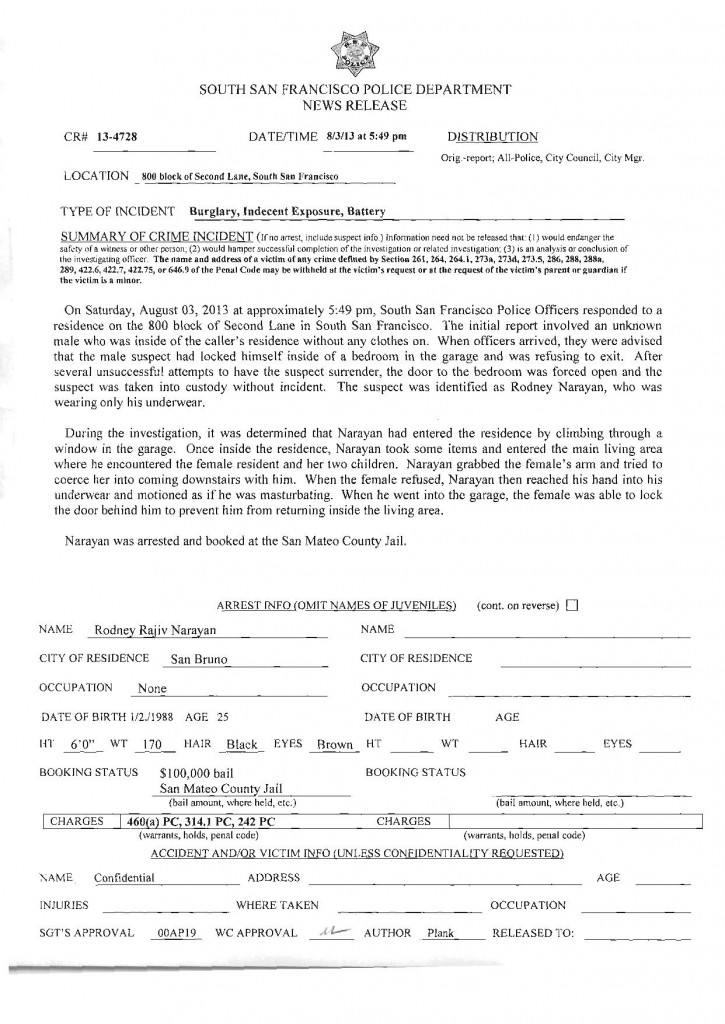