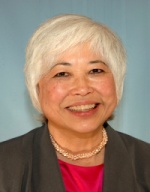 Council member Karyl Matsumoto announced at the council meeting last evening that she was withdrawing from the November 2013 city council race. Matsumoto had filed for the two year partial term seat last month. Her name will remain on the ballot as the filing period has ended.

Candidates also on the ballot for the two year partial term include Carlos Martin and Colin Post.

With name recognition on the ballot Matsumoto could still garner the winning number of votes which could then cause the new council to appoint someone to fill that vacancy.

This special election for this seat was intended to fill this position by voters as Council member Gupta had been appointed to cover the one year. Gupta is now on the ballot for a full four year term.

This original four year term had been won by Kevin Mullin, which was vacated a year later when he won his bid for state assembly.

The 45 second announcement can be viewed HERE.  Matsumoto sites personal reasons were the determining factor in her decision.