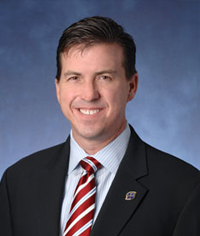 SACRAMENTO –Legislation drafted by Assemblymember Kevin Mullin (D-South San Francisco) expanding the list of documents used to validate vote-by-mail ballots was signed into law by Governor Brown, taking effect January 1, 2014. Current law says a vote-by-mail ballot may only be counted if the signature on the ballot envelope compares with the signature on the voter’s original registration form.

“Because voting by mail is quickly becoming the preferred voting method,” explained Assemblymember Mullin, “it is critical we do everything we can to ensure voters are not disenfranchised.”

In the November 2012 election, more Californians voted by mail than in person. Research indicates that mail-in ballots are twice as likely to be rejected as those cast in person, and California has the highest vote-by-mail ballot rejection rate of any other state. One reason for this high rejection rate is the change in voters’ signatures over time. AB 1135 addresses the issue by allowing elections officials to compare ballot envelope signatures with other signatures in a voter’s registration record.

“AB 1135 ensures a voter who correctly casts their VBM ballot and delivers it on time to their county elections office will have that ballot counted without sacrificing or undermining the integrity of the election,” said Secretary of State Debra Bowen.