On Sunday Sept 1 around 10:30pm, 3 unknown male suspects held 2 victims at gun point, using black semi automatic hand guns while the victims at in their vehicle. The suspects stole several items before taking off on foot. During the robbery the suspects spoke Spanish and were described as;

PD anonymous tip line 942-2244. Someone knows something more about this and need to come forward so we can keep these crimes out of our city. 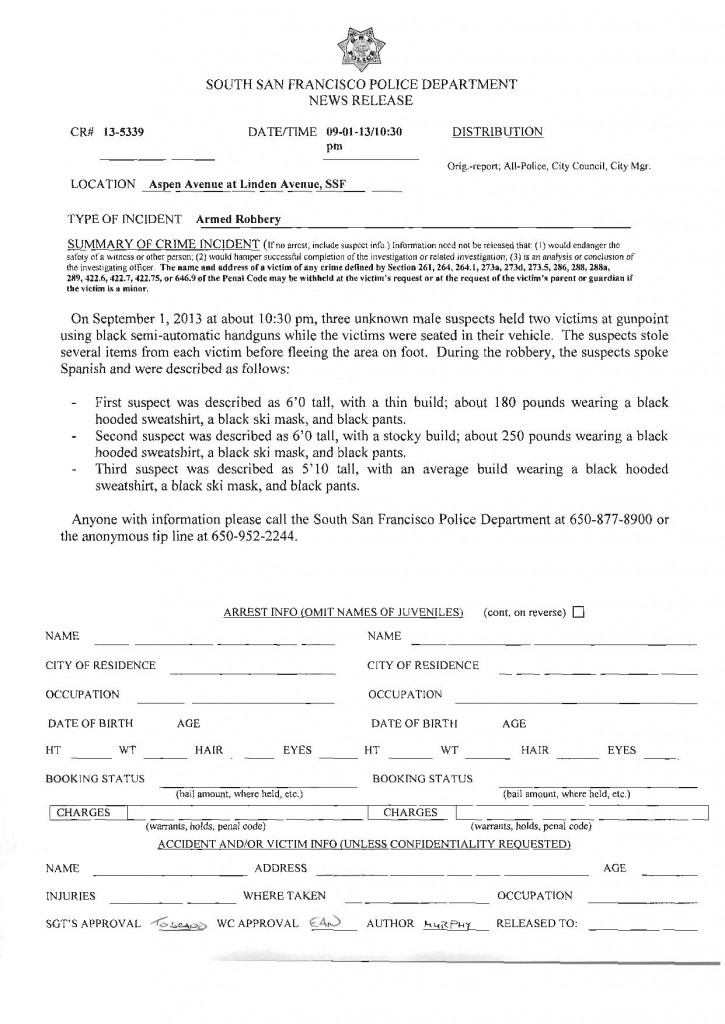