On Monday September 1st, SSFPD responded to an in-progress domestic assault at a residence on the 400 block of Avalon Drive.  It was determined that the 6’1″ 220 # 33 year old Ashley Scott was involved in a verbal argument with his 31 year old pregnant wife.  During the argument Scott accosted and strangled his wife while she was holding their 14 month old child, and also threatened to kill her.  The wife was able to free herself and call PD. SSFFD/Medics treated her for non life threatening  injuries.

Scott was arrested and booked into SM Co jail. Anyone with more information is requested to contact SSFPD at 877-8900. 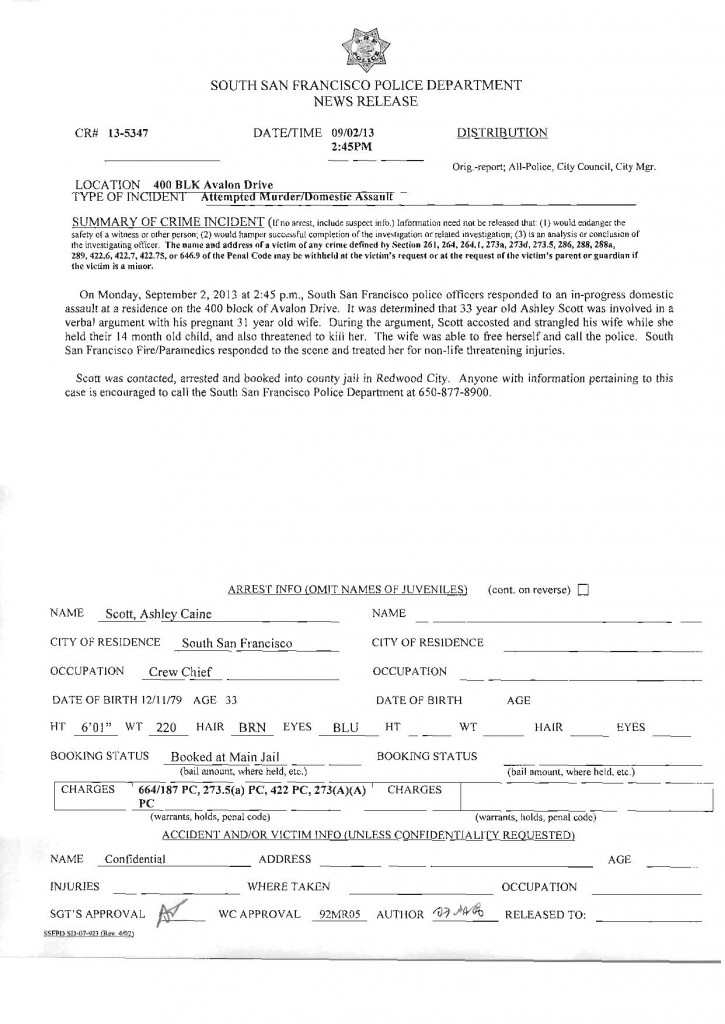