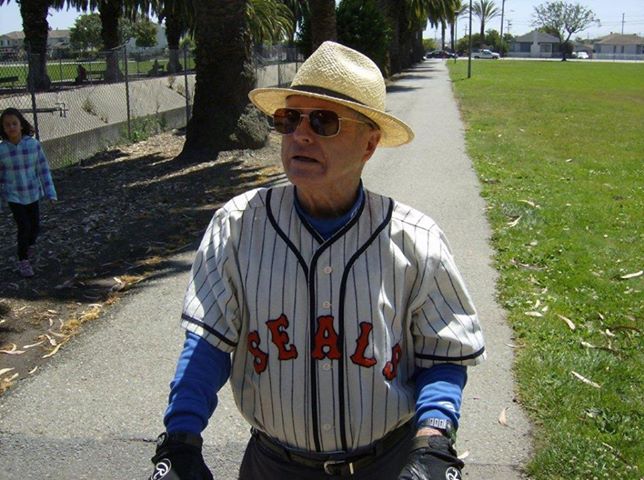 Often we have some great shares on our Facebook page for our Throw Back Thursdays and this week we saluted Coach Bob Brian.

Over 75 friends shouted out and below are some of the comments that followed. Please join in with us to say HEY – It’s a great day for baseball!

Robert Simi Nobody kept orange ave diamond up like bob did!

Craig Morganti As a ’88 grad from Oceana, I have fond memories of battling against Coach Brian, Louie Lucca, Steve Kennedy, and all…. 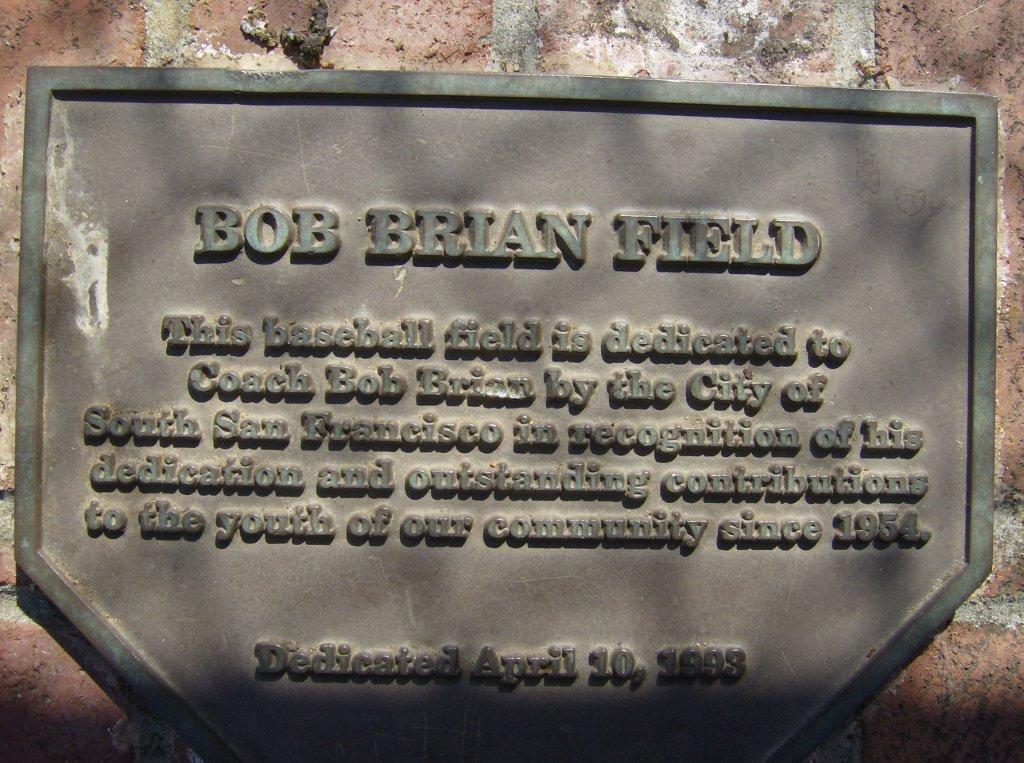 ‘This baseball field is dedicated to Coach Bob Brian by the City of South San Francisco in recognition of his dedication and outstanding contributions to the youth of our community since 1954’ Dedicated April 10, 1993 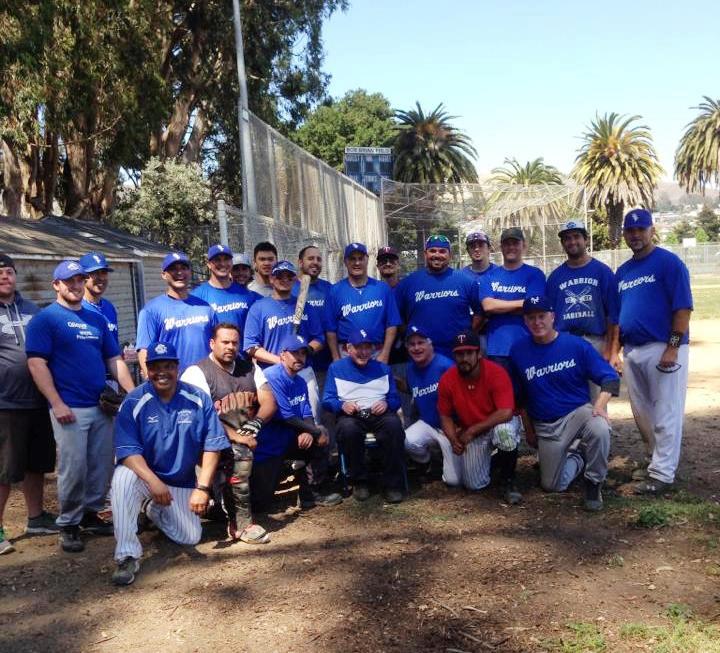 Robert Landucci Walking along the path with his field to the left of him. Iconic. We had so few new baseballs in the 70’s that when someone hit a foul ball in the creek we had to go get them. Water logged or not we played…

Brian Gavin There he is–the legend! 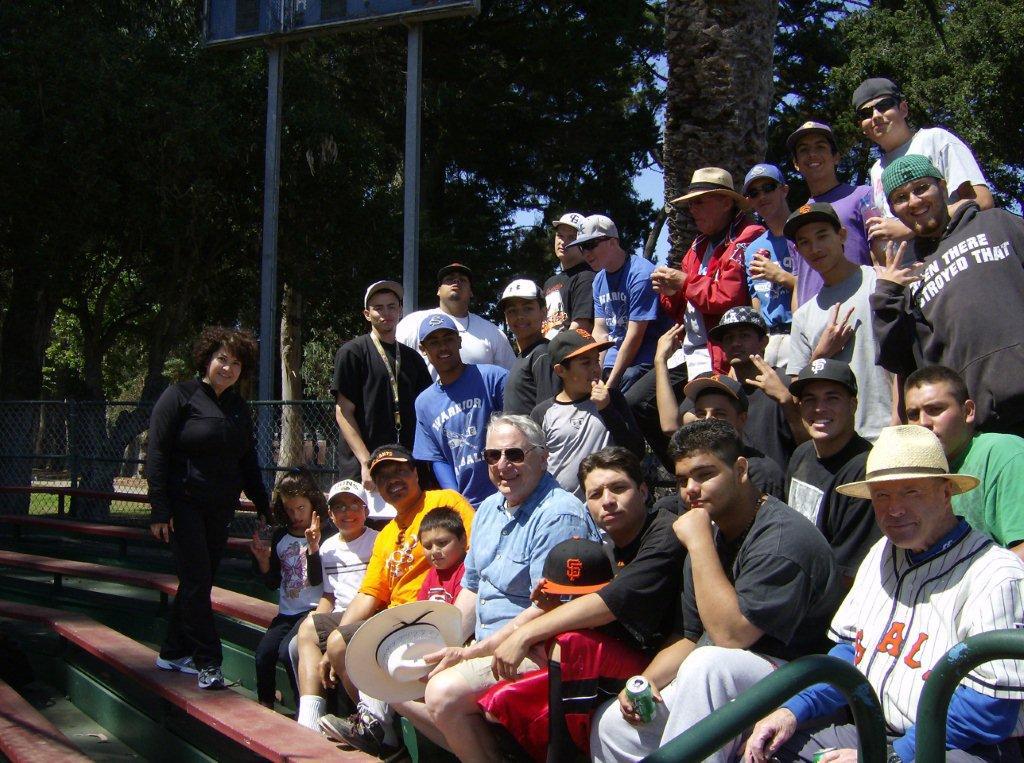 Coach Brian has been volunteering for years for the Summer Ball program that is FREE to our kids.
Here he is seen wrapping up the 2011 season.
Sadly this year the program was cut short due to the terrible condition of our fields.
Additional coaches that volunteer include Rhod Wallace, Tiger Dela Cruz and Kevin McGovern

Sue Peterson Pirazzi He’s one awesome man! No one loves baseball like this man. How many lives did he touch on the ball field? Applause – applause!

Bill Dawson The best coach ever had at any level and the finest gentleman and friend. I love the man.

Eric Jacobson Bob would have his teams Steal, and carry out Suicide Squeeze, up by 10 or more runs late in the game. I have seen him on 5 occasions to different teams do this in the 6th & top of the 7th. On one occasion he was up by 19 runs in the top of the 7th at Westmoor in the early 1990’s, and had his teams double steal, and suicide squeeze in the top of the 7th. I never blamed his players, for they were just doing what he told them to do. He was a poor example of what a Coach should be in relation to sportsmanship. I called Bob on this on several occasions and his reply was that he had seen Basketball and Football games where team would come back late in the game. I said well Bob, this is Baseball, he never got it. You don’t even do these things in the Big Leagues without starting a brawl, let alone to 15-18 year old kids. A coach should not only teach his players about sportsmanship, but he should model what sportsmanship is as far as respecting your opponent. Bob was a poor excuse for what a role model should be.

John Selvitella Just spoke to him the other day. Always puts me in a good mood. Lighten up Eric.

Sue Peterson Pirazzi Eric- he taught the game of baseball. He taught what to do in every situation. Players had to pass a written test or they didn’t play. He was a teacher in every sense of the word. Shame you didn’t have the opportunity to play for him.

[…] In September 2013 Everything South City published a TBT on our social media, to read some of those comments please CLICK HERE […]