Three Things You Need to Know about the BART Strike

After months of negotiating in bad faith, Bay Area Rapid Transit (BART) management last night left BART workers no other option but to go on strike. What a shame. It didn’t have to come to this.

With all the misinformation swirling about on the BART strike, there are a few things to clear up.

Here are the three things you need to know about the BART strike (h/t to Pete Castelli of SEIU 1021):

1) The strike is NOT about wages or benefits. BART workers made concession after concession on the economic proposals with the goal of averting a strike. BART workers and management agreed to a deal yesterday on wages, health care and pensions.

2) BART management pulled the rug out from under workers at the last minute by insisting on new workplace rules that infringed on the rights of workers. These new rules included changing the 8-hour workday and curtailing overtime pay and removing protections for workers from punishment and retribution when they report favoritism, sexual harassment and other problems in the workplace.

3) The new rules are NOT needed. BART became the top-rated transit system in America with its current work rules. BART increased ridership from 270,000 riders to 400,000 riders per day with its current work rules. BART management never focused on performance or efficiency issues during bargaining and repeatedly acknowledged that productivity in the system had increased. The fact is that the system is carrying more passengers than ever with fewer frontline workers than ever.

As unfair as the proposals were, the unions didn’t reject them out of hand. They asked for a neutral arbitrator to make the final decision on these new rules. Management flatly rejected that offer. As last night turned into this morning, there was no other option left for workers but to go off the job and onto the picket line.

This is BART management’s strike. They own it. And they can put a stop to it at any point in time by simply being reasonable. If management pulls its unreasonable demands on workplace rules or even agrees to let a neutral party decide on them, the strike is over. It’s that simple. 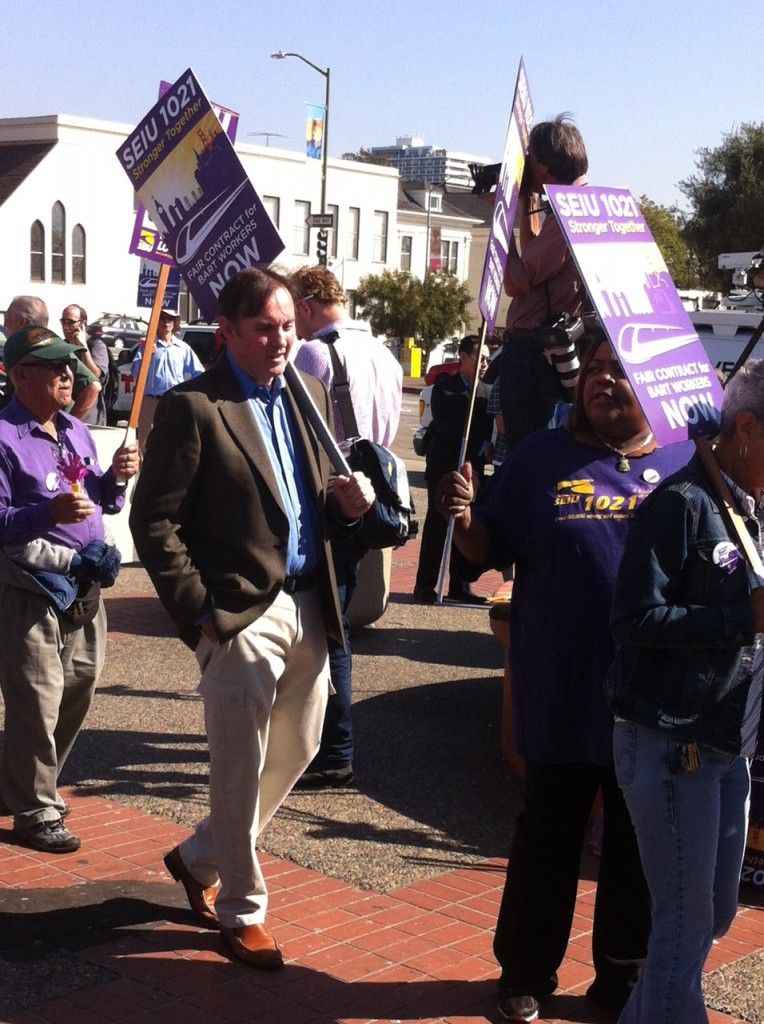 Today’s strike was not an outcome workers wanted. But it was the only outcome management would allow. The California labor movement will continue to support BART workers in their fight for a fair contract. We urge BART management to quickly negotiate a fair settlement that allows workers to get back to doing what they’ve done for years — serving the Bay Area community with professionalism, dedication and commitment.

← Opting Out Of Junk Mail; Privacy Rights Clearinghouse Explains How To Do It
Elderly neighbor’s calls for help ignored →