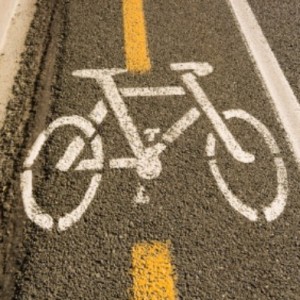 We recently had comments under a different article and we brought the question to our facebook audience for discussion. The discussion is centered on the lack of bike racks at Westborough Shopping Center, and in general the lack of bike pathways in that area. What are your thoughts?

‘Thank you very much for the commercial real estate contacts. Westborough / Monte Verde subdivisions are composed of Philippinos, Chinese, Indians, Tongans, and a host of other nationalities, many of whom consider bicycling as normal transportation in their home countries. The LEAST we can do for these residents is to offer bicyclists a place to park their bikes at Westborough Square Shopping Center.

In my humble opinion, SamTrans and BART are very poorly managed, and should there be a strike or shutdown with either BART or SamTrans, God help the residents of Westborough/Monte Verde who do not have access to a car – they’re trapped! Unfortunately, Caltrans is very averse to building ANY pedestrian access through I-280 (a virtual Berlin Wall) for Westborough/Monte Verde residents to reach SSF BART, shopping, or anything east of I-280.

Westborough Blvd evidences very poor community planning and coordination on the part of local/county/State gov’t agencies. There is no bike or pedestrian access through I-280 @ Westborough, and every government body is fearful of lawsuits. If there is a complaint, each gov’t level points their finger at another another until finger comes full circle.

Are there residents who agree? If residents do not unite with one voice, there will be no changes!’

Below are some responses from our neighbors, direct from our FB pg. Please keep in mind on social media spelling, grammar and abbreviations are the norm and we do not edit for those things.

Daniel Casey South San Francisco should also put in bikes lanes and pedestrian pathways up and down the length of Hickey Blvd. This descendant of Europeans considers bicycling and walking reliable primary modes of transportation.

Rose Chang Chiu I would love a legitimate pedestrian walkway (also for bikers) that would somehow bring me from Westborough Square area down to El Camino Real. I know people walk on the side of Westborough down, but I would worry about getting hit by a car.

Stephanie Miller Westborough/Junipero Serra intersection – I called several times after seeing a pedestrian and a bicycle almost get hit. Crazy they don’t have crosswalks or sidewalks.

Jeff Kameny yea lets flatten westborough so they don’t have to ride up hill either.wth. I have lived her for thirty years in westborough and never had a problem riding around

Michael Kay I grew up in Westborough and rode a bicycle to South City HS everyday. Never struck by a car. Not every request is a community issue. Westborough Square is privately owned. If they have enough customers on bikes, they’ll put racks in. If residents of SSF want bike lanes bad enough, they should take up a petition and start the grassroots effort to get them going.

Besides, have you seen a lot of people peddling around the hills of Westborough? Ya know… SSF isn’t India, China or Tonga. They don’t have the same means of transpo we do.

Ava Jalapeno Popper Romero i think samtrans should add another bus route on the Westborough area, most folks of west winston manor often go to pak n save and other places, some have cars, some don’t like me, i am a frequent samtrans rider and love to walk daily so in my opinion they should add another route for people like myself who take public transist in the westbrough area not just 122 it can be 133 or something like that so just an idea, so i hope it helps

Cindy Langley Who would even want to ride their bike in such a congested area. Have you been up there just for the few things that are open? YIKES