On Tuesday December 3, 2013 our city saw the changing of the guard and saluted those who have served us on our council and welcomed newly elected members as well.  The SSF Conference Center held a full room of folks who were eager to witness this reorganization since our November ballot had four out of five seats open, along with City Treasurer and City Clerk.  Councilmember Rich Garbarino was the only name not on the ballot as his term continues for another two years. 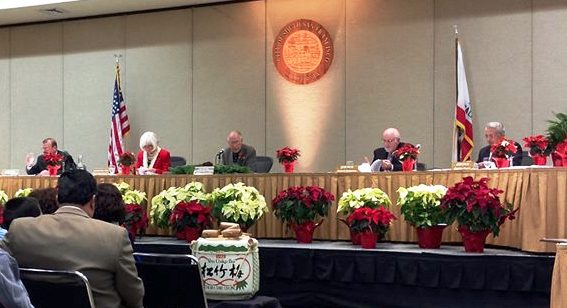 The outgoing council addresses each other and the community
PHOTO: ESC

Our four year term saw Mark Addeigo being returned with 3,143 votes and newcomer Liza Normandy securing her position with 2,715 votes. Liza had served multiple terms on our School Board which now has a vacancy for appointment.  Another elected newcomer is Pradeep Gupta who had been appointed to serve one year of Kevin Mullin’s term prior to this election. He won with 2,426 votes and will serve a full four year term.

Our new council is presented with Karyl Matsumoto as MayorPhoto: ESC

Kevin Mullin’s original seat prior to his winning his bid for State Assembly still has 2 years on it and voters brought Karyl Matsumoto back with 3,348 votes. Karyl had shut down her campaign at one point bringing speculation of health problems, however she made it known that it is her elderly mother who may need help from time to time as she reached a milestone of 100 years young

Everything South City salutes all who participated in this election and thank those who put their name out there for consideration including Maurice Goodman who will remain on the School Board, Rick Ochsenhirt, John Prouty, Kate Mackay, Bill Lock, Carlos Martin and Collin Post.

As our city continues to undergo major changes in leadership and key players we were sad to see long time employees take their leave. Our City Manager Barry Nagel and Assistant Manager Marty Van Duyn have retired as did Susan Kennedy who has worn more hats than anyone could imagine.   Barry and Marty both retired in October leaving their positions open. The council had considered bringing Jesus Armas back to the city hall but an 11th hour decision changed those plans.

The standing council in October had appointed Steve Mattas to Interim City Manager. Mattas has been representing our city as our attorney through the contracted law firm Meyers Nave where he is credited as a founding partner, where he was also serving the town of Los Altos Hills.  Kathy Mount is now filling in as the interim assistant manager after serving as our Human Resource Director the past five years or so. Mount is also from the law firm of Meyers Nave where she is a partner. In addition Mount was a 2006 candidate for Superior Court Judge, County of Alameda.  The city is still searching for the right persons to fill these job positions of City Manager and Assistant City Manager. It is also noted that our city clerk, Krista Martinelli is also an accomplished attorney and worked nine years as a government regulation attorney. 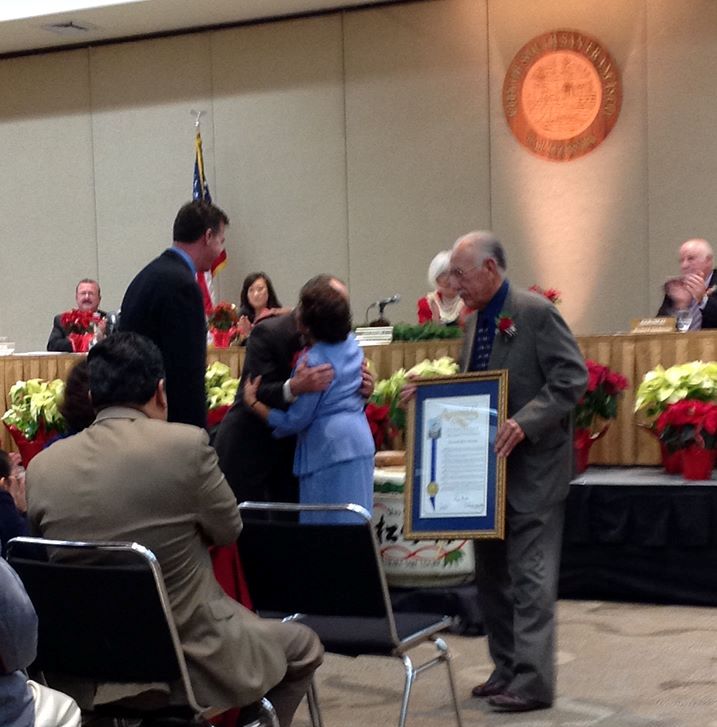 Outgoing Mayor Pedro Gonzalez and his wife Eldie received much recognition for the years of service to our city.
Photo: ESC 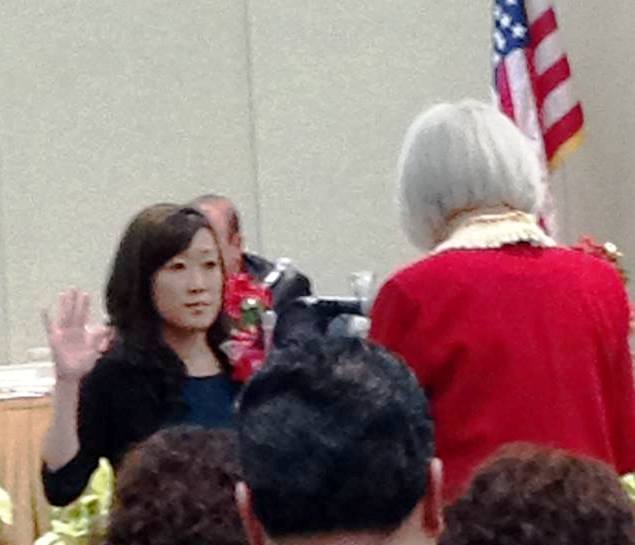 Liza Normandy, former School Board Trustee, being sworn into the office of City Council by now Mayor Karyl Matsumoto. Karyl was voted in to complete the 2 year term vacated by Kevin MullinPhoto: ESC 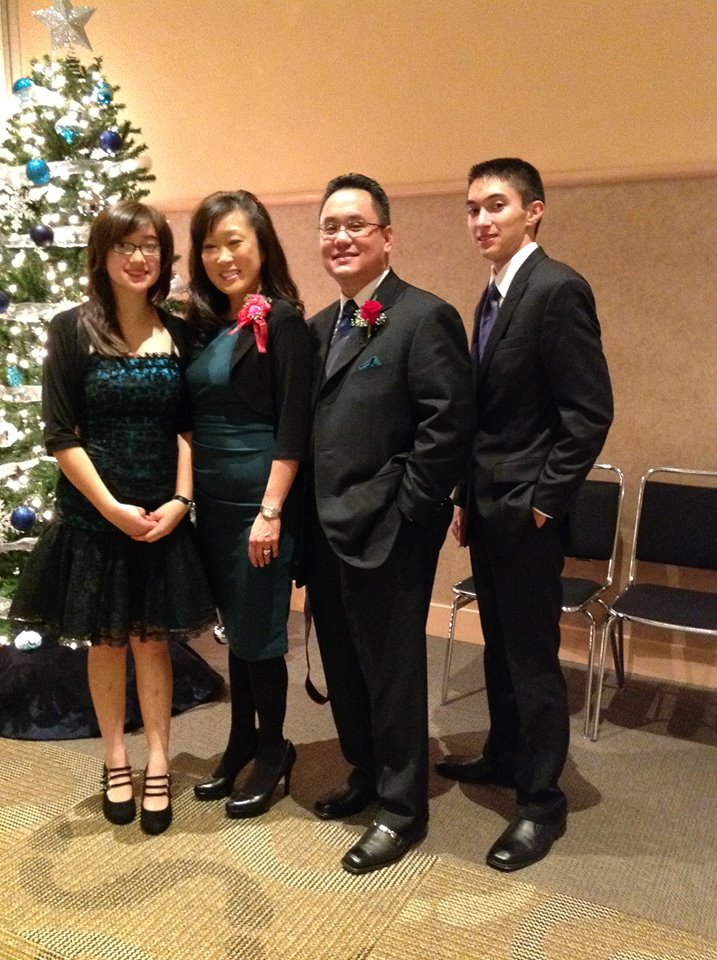 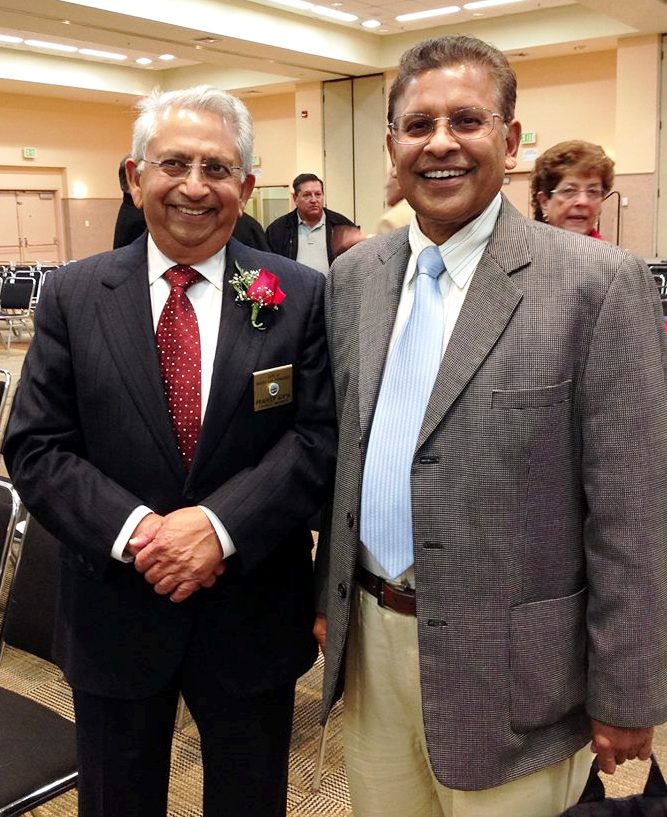 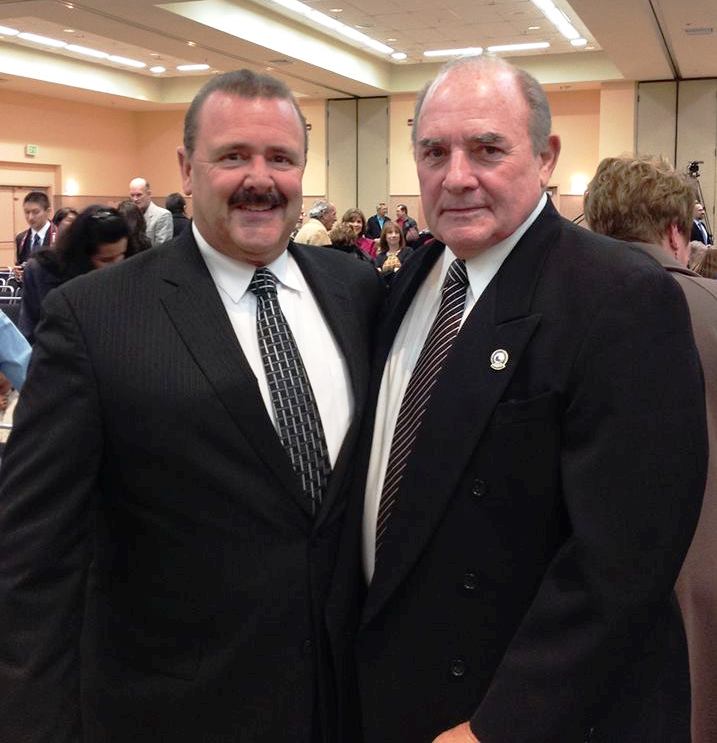 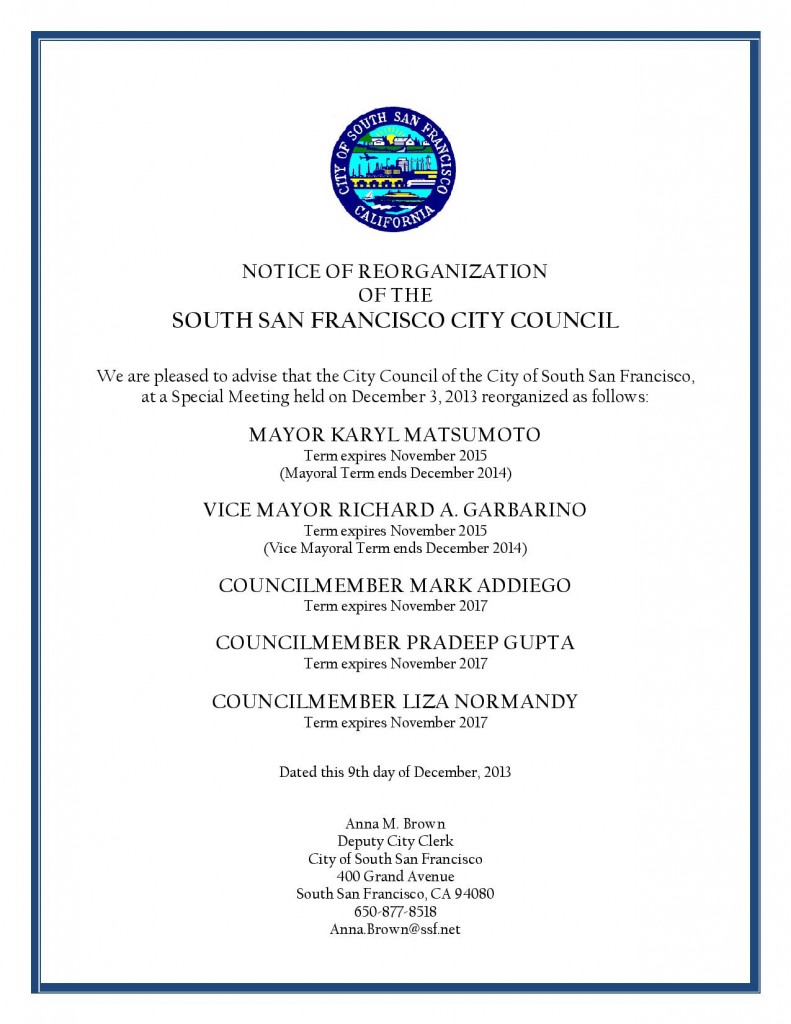