For CEO Ann Hand, the hardest part about building up Project Frog, a company that creates ready-to assemble “smart buildings,” was convincing venture capitalists and customers that it was indeed possible to disrupt the long-stagnant construction industry.

“You would look at construction and say, because nothing has changed in 1,000 years, it should have all the makings of the right [industry] to disrupt,” Hand says. “But in the early days, it made it more challenging to get customers and VCs to jump.”

While sectors like the auto and aerospace industries, a mere century or so old, have evolved quickly—working to improve speed, cost, efficiency and other metrics throughout their comparatively short histories—the basic processes of construction have remained relatively the same since Roman times, Hand says. Seven years ago, Project Frog was ready to bring the same evolution to construction, creating energy-efficient, economical, and attractive building components that contractors and construction crews could assemble quickly. It’s seemed like a no-brainer. But initially, funding was a hard sell. 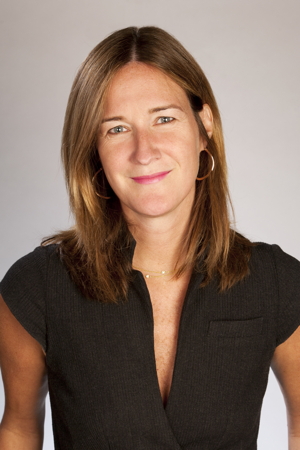 “It’s a fear factor for VCs, because it’s always been done a certain way, it’s too hard of a hill to climb. How are you going to get these construction dinosaurs to think your way?” There were also concerns that architecture firms and construction companies might see Project Frog as a threat to their businesses.

Customers were no easier to convince. The company was founded in 2006 in response to the proliferation of portable buildings in California’s K-12 education system. Project Frog wanted to create bigger buildings that weren’t limited to the size of the truck they would roll in on, provided more light for a better learning environment, required less energy to operate, and would outlast the 20-year expiration date on most portables. To do it, the company uses innovations such as higher-performance materials; bigger clerestory windows, to provide more natural night in their structures; and Lantana Luminaire fixtures for more energy-efficient lighting. Selling the building in its component pieces and flat-pack shipping (just like furniture from Ikea) means bigger buildings can be shipped on the same flat bed trucks.

But even though the earlier generation of portables weren’t an ideal solution for schools, switching to something unknown was a hard sell. No one really enjoys the process of construction, Hand says, and if you’re a school district looking to build a high-cost item like a brand-new school, it’s “too big of a buying decision to take on too much change.” 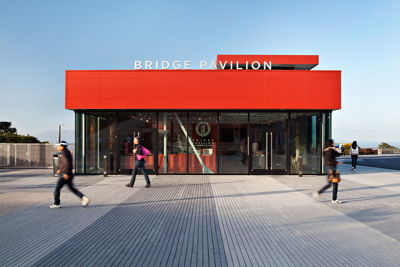 But Project Frog’s successes have assuaged some fears, as school districts like South San Francisco Unified and Redondo Beach Unified and entities from 7-11 to Dow and various parks have put up the buildings. The architects and contractors who actually assemble the buildings—the company simply makes the component parts—have come to see Project Frog as a partner and new source of business, Hand says. (Returning builders also like to time themselves to see how fast they can put up the structures.)

Now, with a pipeline of repeat customers and previous funding rounds from big names like GE Energy under its belt, it’s becoming far easier for Project Frog to convince potential investors to go along for the ride. Last month, the company raised a Series D round of $20 million from CCM and McNally Capital, for a total of $50 million.

Though the company was first started with school buildings in mind, Project Frog has also focused on the health care industry. As Obamacare rolls out, the newly insured will add new patients for health facilities outside of hospitals, specifically doctors’ offices and urgent care-style clinics. “Depending on whose stats you look at, 30-50 million uninsured will be coming into system over the next several years,” Hand says. “There will be an explosion of need for facilities.”

The company also offers what it calls “flex” buildings—structures not intended for a specific purpose like education that can be tailored to individual needs. San Francisco’s Golden Gate Bridge Pavilion, for example, functions as an information center and store, while the Jim Russell Racing School at Infineon Raceway in Sonoma has features like a café and media center.

All of Project Frog’s buildings meet the most stringent green certification criteria, the company says, including LEED. They also generate only one-sixth of the waste that comes from standard construction sites, integrate recycled and environmentally responsible materials, and use fixtures and equipment that will save water and energy over time. On average, a Project Frog building uses approximately 87 percent less fossil fuel use and causes 82 percent less air pollution and 73 percent less water pollution than a comparable, standard construction building, Hand says.

Initially, the company tried to sell the buildings based on their reduced energy footprint and and other long-term savings. After all, even if a Project Frog structure cost the same amount as a portable building, buyers would still save money over time. But, Hand says, the company quickly realized that the people in charge of putting up a facility’s buildings aren’t necessarily the same people paying the electric bill five years down the line, so it wasn’t the best great selling point. As building materials have gotten cheaper and Project Frog has created new designs, the cost of structural components has fallen, and now its buildings are 30 to 60 percent cheaper than standard construction products, Hand says.

As business has grown, so has the company. Now that Project Frog has reached 50 employees, the company is planning a move from San Francisco’s Jackson Square to a bigger facility in the South of Market district. It’s an older brick building—not one of their own designs—but the landlord is allowing them to build their own componentry into the interior, so that visitors can get a sense of the company’s products. “We want them to feel the volume, the light, the buzz the same way you do in a Project Frog classroom,” Hand says. “A lot of essence will be there.”