Early this morning (5:48am), South San Francisco Police report a neighbor was hit while on his bike traveling at Grand & Magnolia. He sustained injuries and was taken to the hospital for treatment. The female driver of the beige Buick (late 90,s early 2000s) continued NB on Magnolia towards Miller. Anyone who witnessed this or has info please contact PD at 952-2244 Anonymous Tip Line or 877-8900 reg PD line.
Thanks to PD for this timely media report. 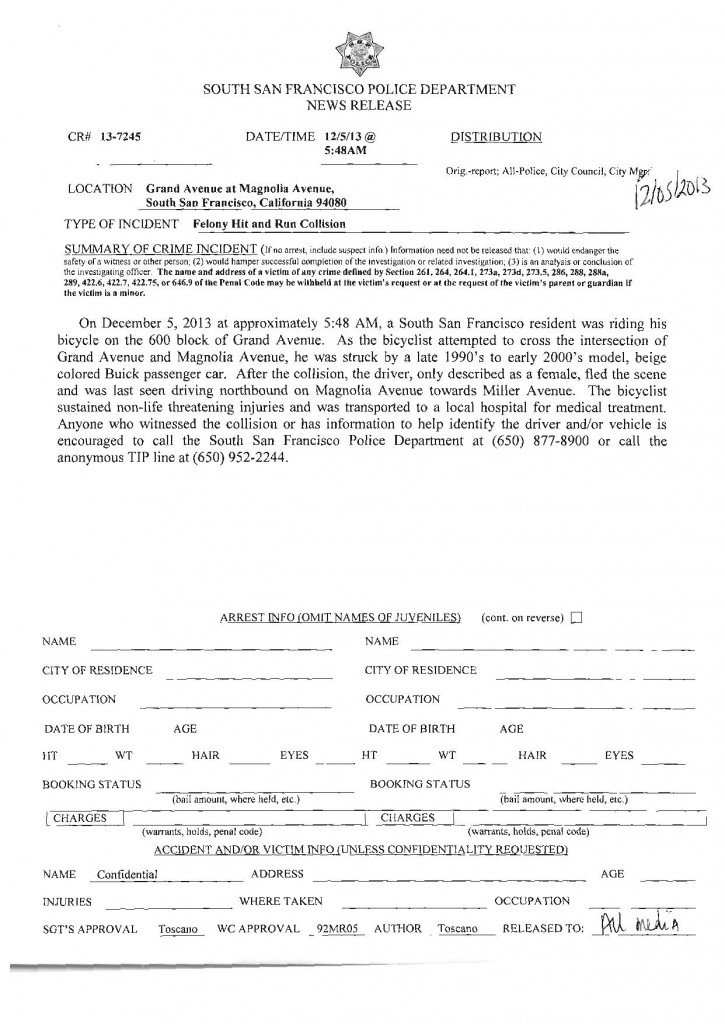