On Sunday evening at approximately 6:00PM two suspects known to the victim approached him in front of his residence. One suspect assaulted the victim as the other suspect entered the victim’s home and stole personal items. The victim suffered minor lacerations from the assault. The suspect’s fled the scene on foot and were located by South San Francisco police a short distance away. The victim was able to identify the suspects and they were placed under arrest without incident. Arrested and held without bail were South City residents Jonathan Mareham and Joseph Taouma, both 20 years old. 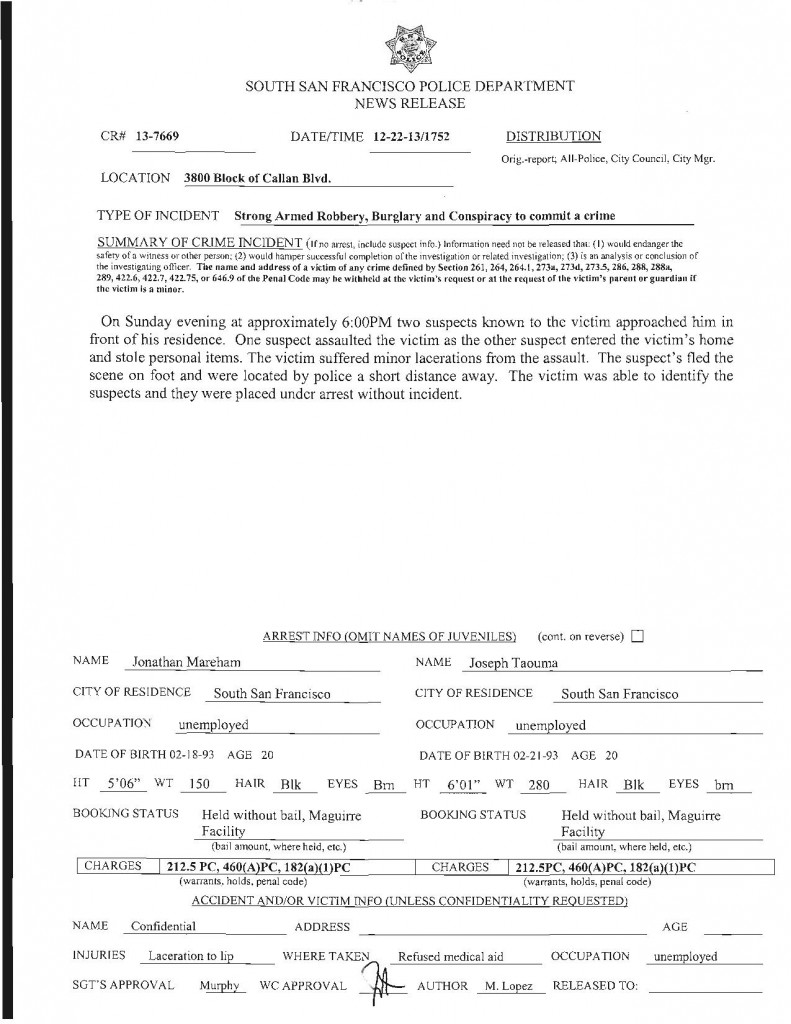