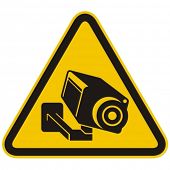 Is it time for our schools to install security cameras?

Not even two weeks into the new year of 2014 and we have had 3 police reports  detailing criminal and/ or questionable behavior at our schools.  Those in our community are asking isn’t it time the school installed cameras to tighten security.  South City resident Victor Quintanilla spoke up “I don’t understand why South City doesn’t put cameras at all schools. We have them at intersections to catch red light runners. Heck they have lots of them at Orange Memorial Park. But not even one at elementary schools!”

Last Friday Buri Buri Elementary School Principal Victoria Dye sent out an email alert to parents letting them know of a trespasser on campus earlier that morning. The announcement described the trespasser as Latino in his mid-thirties to forties, with a medium build and a thin mustache. He had been seen  pointing and gesturing at the students from the top of the stairs by the basketball court. He had been wearing a tan trench coat and a blue bag and escaped.

On New Year’s Day South San Francisco Police reported a naked man at Spruce Elementary School who was in the company of a nine year old boy. They both took off before police arrived. School was not in session during this time.  The man was described as a Hispanic or Filipino male around 18-19 years old.

Today South San Francisco Police put out the media release of another naked man who exposed himself to five cheerleaders in the gym at South City High around 5:30 Monday. He also was gone before police arrived.  He is being described as a ‘white male, approximately 40 years old, 5′-9″ to 5′-10″ tall, balding with short dark brown hair, an average build but with a potbelly.’

Brian Lopiccolo agreed with  Quintanilla’s suggestion of cameras at our schools. “Scary considering how wide open that (Buri Buri) school is and considering all of the shootings nation wide.”

Parents are especially concerned and plan to attend the next School Board Meeting this Thursday January 16 at 7pm.  The meeting will be held at the District Office at South City High, 398 ‘B’ Street. The public is invited and encouraged to attend all school board meetings.  In addition the School Board will be meeting for their annual ‘retreat’ on Saturday January 18th starting at 8am. This annual meeting allows the board members to prioritize goals as they review what  has been accomplished in the past year and set about goals for this new one.

Agendas for both meetings can be found HERE. In addition minutes from previous meetings are also archived on that link for easy reference.

All general board meetings are open to the public. Speaker cards will be in the back of the room at both meetings, as usual, to allow folks the opportunity to speak for 3 minutes. The Board may or may not be able to address questions or concerns at the time they are brought up as some issues would need more background information.

Installing cameras on school grounds has been a hot topic across the country debating security vs privacy. Ben Lang, director of technology for Novato Unified School District in Novato, spoke with NPR’s Neal Conan late 2012 after the High Schools in that community added cameras. He explained that only the associate principals, the district security person and himself as  director of IT had access to the videos which are kept for 14 days. If a law is broken the video would then be made available to the police department according to the School Board agreement.

The Novato high schools have between 12-15 cameras each that cover breezeways, school entrances and exits as well as the parking lot. No internal cameras have been installed. The cost of implementing this security was approximately $178,000.

Conan asked if there was much pushback from the community sighting ‘Big Brother’ taking over to which Lang responded no. “There was almost zero pushback from that.” Lang replied. ” The community saw it as child safety, an improvement upon child safety and protecting our property against theft and vandalism and as well as deterrent.”  When asked if Novato Unified School District used a model of another district in California in planning the new security cameras Lang responded back in this 2012 interview, “Oh yes, we’re actually probably behind the curve in the Bay Area in terms of high school video surveillance. We took a hard look at Tam, Mount Tam District, it’s one of our neighbors.”

Carolyn Bonifascio expressed her concern  “The schools never check parents ID’s, anyone can walk onto campus into lobbies etc…it is truly frightening and unacceptable! The security guards are few and not able to be at all places at one time. The security cameras are way overdue. ”  Pat Murray, El Camino PTA president responded that although  there had not been any incidents that she knew of regarding anyone hurt at school due to lack of security during her 22 years of involvement, perhaps these latest incidents will cause the district to take a new look at security. In addition Murray encourage parents to talk to our kids, ” We as parents also need to talk to our kids and look at our safety rules, as well.”

Murray’s point is well taken. Security cameras on our school grounds will act as a deterrent and help identify any wrong doers yet we need to empower our kids 24/7 so they know how to remain safe in all situations.

On Friday a female student was reported missing from El Camino High School during the lunch break. Although the situation appears to be a runaway, there is a missing person’s report filed with the SSFPD.  Kayla Kohlmeister  shared, “Nancy is my friend at El Camino, she has run away before but never for this long so please everyone take this seriously. She looked really upset at lunch on Friday. She’s told me before that she has a secret place she likes to go to when she runs away but she would not tell me where that is, if anyone else has any idea where that place may be please say something.”  If  Nancy does not return home soon her family will ask the community for help in passing out flyers and actively searching for her. Her family can be contacted at helpfindnancybakir@gmail.com or call her sister at 650-270-8205. More info HERE.

3 comments for “Is it time to install cameras in our schools?”