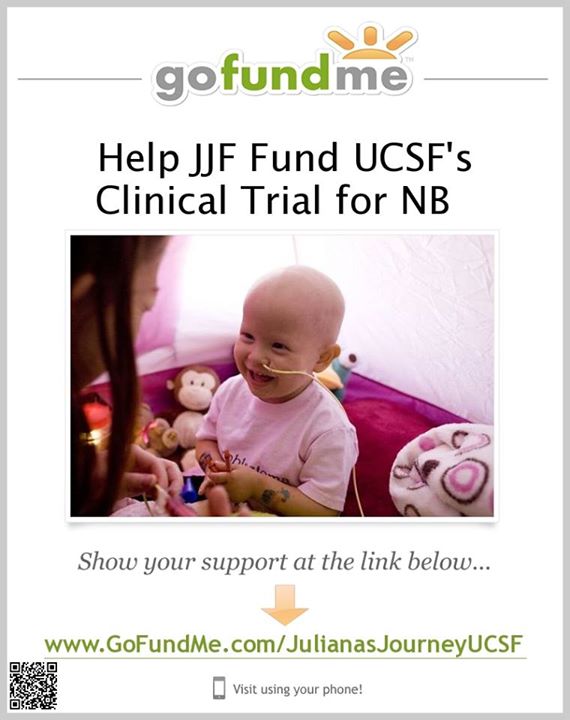 Juliana’s Journey Foundation has been extra busy as the New Year kicks off.  On January 10th JJF Founders Jesus Pena and Patrica Watson met with doctors who specialize in Neuroblastoma at UCSF Mission Bay Campus. They are now excited to announce they have started fundraising for Dr. William Weiss and Dr. W. Clay Gustafson’s clinical trials to help find effective treatment for the children who suffer from this rare  and deadly cancer.  For information on this Fundraising effort click HERE.  Juliana’s Journey Press release can be found HERE.

January 22nd the group found themselves in front of the South San Francisco City Council presenting the work they are committed to doing in their daughter’s name. Their purpose is to help educate the general public about the facts of neuroblastoma with the final intent of finding a cure.  The presentation is on YouTube and can be viewed HERE.   Mayor Karyl Matsumoto was so moved she made a personal donation herself to help kick off this fundraising effort. 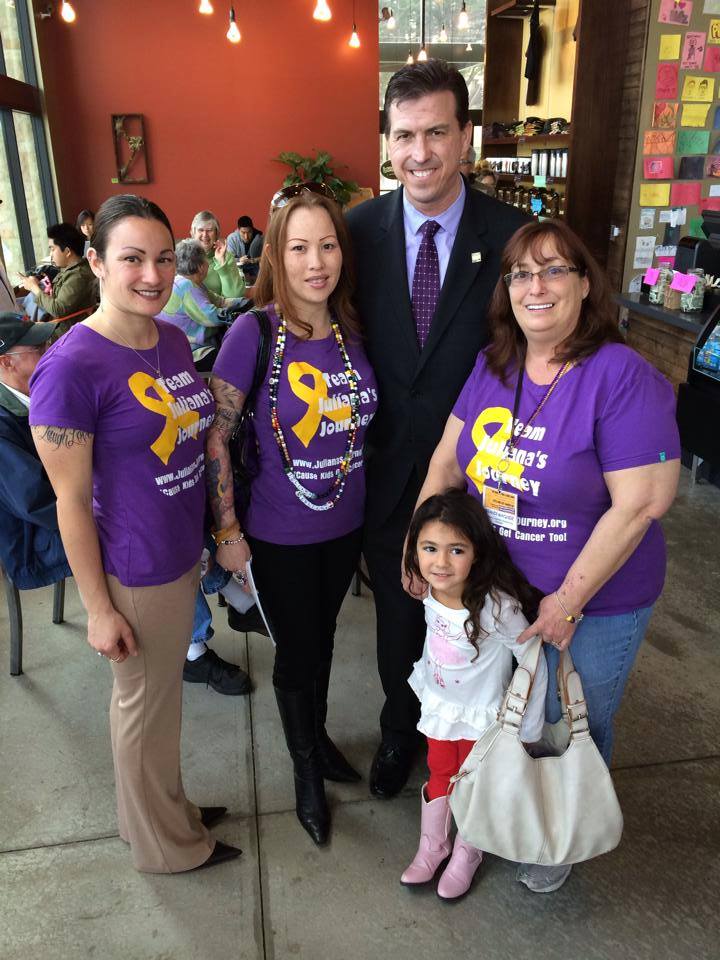 The following day JJF co-founder Patrica Watson, along with boardmembers Angelique Presidente and Brandi Magner, met up with California State Assembleymembers Kevin Mullin and Phil Ting at Philz Coffee in South City. They presented information on the challenges they have moved through and what they are working to accomplish at this point. They were extremely touched to know that Mullin has been following their ‘journey’ for a very long time.

While there, the group also had the opportunity to meet with Daly City Mayor David Canepa and Philz Coffee Shop owner Phil. Canepa said he would like to have Juliana’s Journey Foundation speak before the Daly City City Council on February 24th, which will be the 2nd anniversary of Juliana’s passing, her ‘Angleversary’. Philz Coffee owner has also said he would be interested in doing a fundraiser to help out with this venture. We will share more details as they become available.

Further excitement was reached when Watson received a return message from NCB Anchorwoman Jessica Aguirre stating Aguirre would see what she could do to help educate the public and promote this worthy fundraiser.

The group has also petitioned San Francisco International Airport requesting they turn the airport terminals Gold and Purple in honor of childhood cancers during the month of February. While SFO representatives stated they would not be able to so, the group is working hard to see other public buildings light up and bring awareness to this cause. 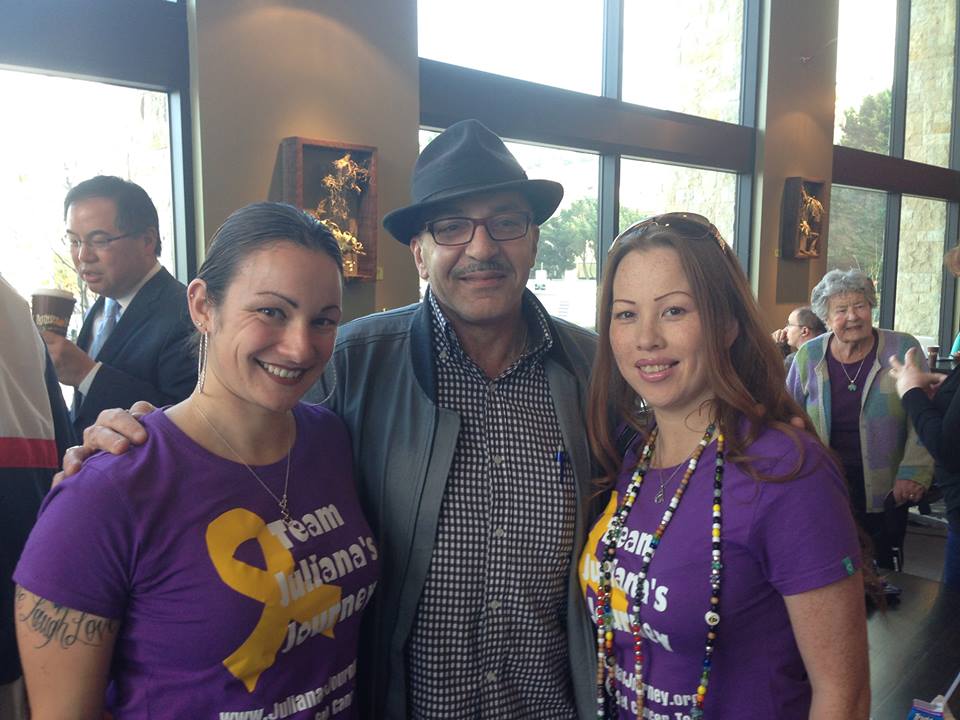 This January activity follows a busy holiday season when the foundation held a toy drive and distributed over 800 presents to children who are undergoing cancer treatment.  In March 2012, 2 short weeks after Juliana lost her battle, Everything South City partnered with the SSF ELKS for a Pancake Breakfast fundraiser which had been planned when we believed our little ‘Princess Warrior’ would be with us.

More articles from Everything South City on Juliana’s Journey Foundation can be found HERE. 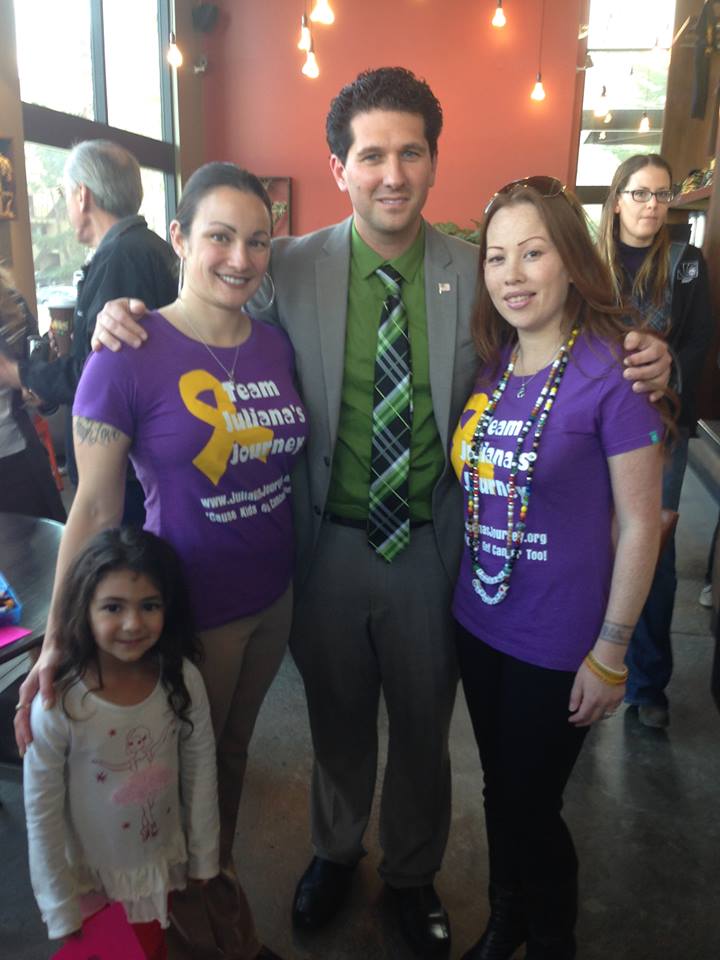 Today, 46 children will be diagnosed with some form of cancer. 7 kids will die today because of cancer.

Childhood cancer is the leading cause of death by disease in children under the age of 15 in the US.

Neuroblastoma is only ONE of the 12 major childhood cancers.