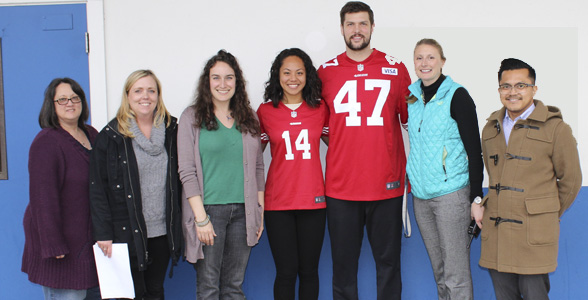 The 49ers proudly honored South San Francisco High School senior Keanna Tofiga as the 2014 Bay Area All-Star Scholarship Team recipient. The San Francisco 49ers teamed up with the Golden State Warriors, Oakland A’s, Oakland Raiders, San Francisco Giants, San Jose Sharks, and San Jose Earthquakes to select seven high school seniors around the Bay Area to create an all-star roster of astounding college-bound individuals. This unique committee is the first of its kind in the realm of professional sports. Annually, each team recognizes one recipient for their commitment to academics, community and extracurricular activities, and their demonstration of leadership among their peers. Each of the recipients of this prestigious award will receive a $3,000 college scholarship to help them achieve their goals of higher education. In addition to a scholarship, recipients will also have the opportunity to attend a Bay Area All-Star Scholarship Team (B.A.A.S.S.T.) recognition ceremony at a home game of each Bay Area sports team.

Keanna is an extraordinary student-athlete leader among the students at South San Francisco High School. Although she has been the All League MVP in basketball, it was not Keanna’s stellar athletics alone that won her the B.A.A.S.S.T. title. The seventeen year old has maintained a 4.0 GPA while starting the Mission ME (My Empowerment) club at South San Francisco, inspired by the quote, “Yesterday I was smart and wanted to change the world, today I am wise and want to change the world.” The inspiration for Mission ME derived from her experiences in Nicaragua and Honduras where she helped build a protection wall for an orphanage, taught students to speak English, and volunteered at local markets.

“The club encourages youth to reach their fullest potential in order to make the world a better place,” stated Keanna.

The humble teen was surprised during sixth period when members of the South San Francisco faculty poured into her class for a special announcement. 49ers long snapper Kevin McDermott arrived with a custom jersey for Keanna and announced her as the 49ers 2014 Bay Area All-Star Scholarship Team winner. While Keanna showed McDermott around her campus, the two discussed goals for upcoming CCS basketball matchups, college, and what is sure to be a successful future for the bright youth.

“I dream of one day starting my own non-profit organization,” expressed Keanna, “I dream of helping people in our community and all over the world.” 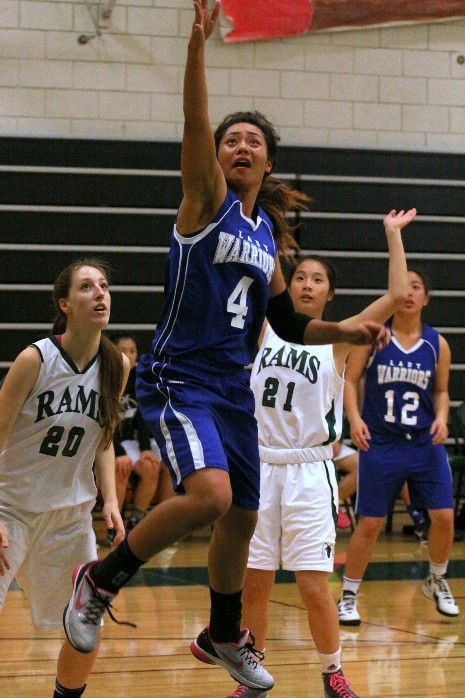 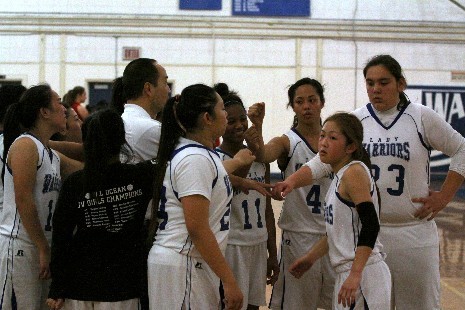 With League MVP Keanna Tofiga and Lindsey Eto (2nd team) returning as well as Charlene Halal and Reichel Vaioli the Warriors will look to go deeper into the playoffs in 2013-14
Photo: SSFUSD