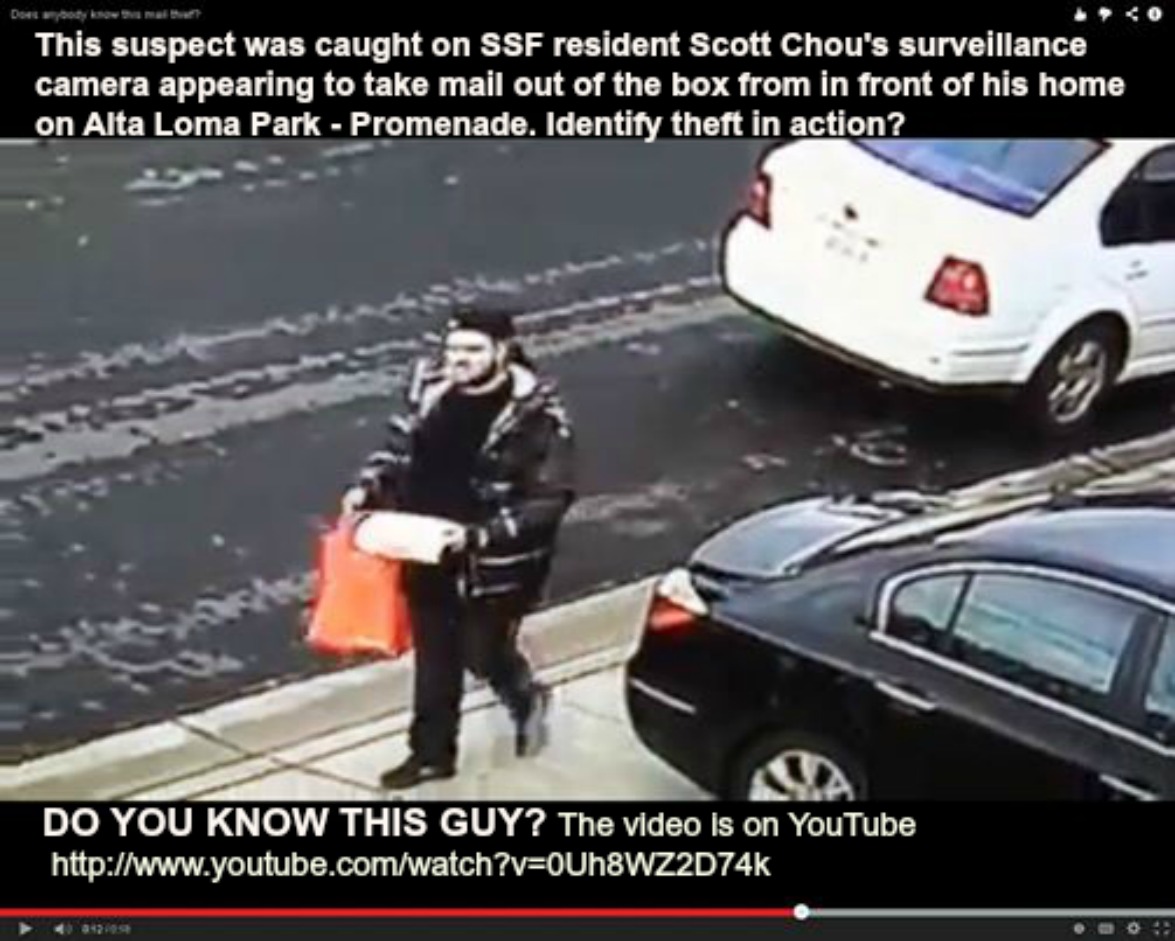 So you know this guy? He has been caught on camera taking mail out of boxes. Is this identity theft in the making?

South City resident Scott Chou has shared his surveillance video on YouTube which clearly shows a man seemingly removing mail from the mailboxes up on Alta Loma Park – Promenade neighborhood.  In the video you can see this guy open the mail box and appear to be putting in a flyer while removing mail and slipping it into a newspaper of some sort and then continuing on his way.

As we are being warned of more and more scams hitting us, we now must be extra vigilant with our mail as tax returns start coming through. In the meanwhile we are smart to heed Chou’s warning to double check bank accounts and credit card statements. It appears this is not a crime that will be pursued by our police department which means it is up to neighbors to keep a watchful eye and report things in real time to 911.  Everything South City thanks Mr. Chou for sharing this video with the public and making us all aware of this crime. And thank you to Lisa Sakurai Villasana for posting this to our Facebook page:

On Friday, Feb 28 my neighbor posted to our neighborhood email group that he caught a mail thief on his surveillance camera. The thief put in one of those recycling flyers, but stole the outgoing mail. Here is the link he posted to youtube. Watch out for this guy. Oh and his house is across from Alta Loma park.

This shady character is pretending to stuff flyers into mailboxes but is subtly taking mail out in the same veiled move. He puts our white outbound mail envelope into his newspaper and strolls off. Many of the boxes in our neighborhood are unlocked so his orange bag looks like a big haul of stolen mail. We all know how tough guys with black caps like to carrying bright orange handbags! So this is an identity thief in action so please monitor your credit card and bank accounts for fraudulent activity. Alta Loma Park – Promenade,

FYI, the police in South City don’t work on these things. At least not the 2 that I contacted. They bounced it to the local post office. The guys at the post office sent me to the national website where they have complaint forms. That’s probably all that will ever come of this unless someone here actually recognizes the guy.
The incident form I used was definitely for theft. I suspect it is a simple matter of priorities and workload. With a country this size, that weblog probably grows by megabytes per hour so it is hard to get attention. Even when my car window was smashed in SF and belongings taken, SFPD also sent me to a web form which spit out an automated police report for my insurance needs. That’s probably all they could do anyway. 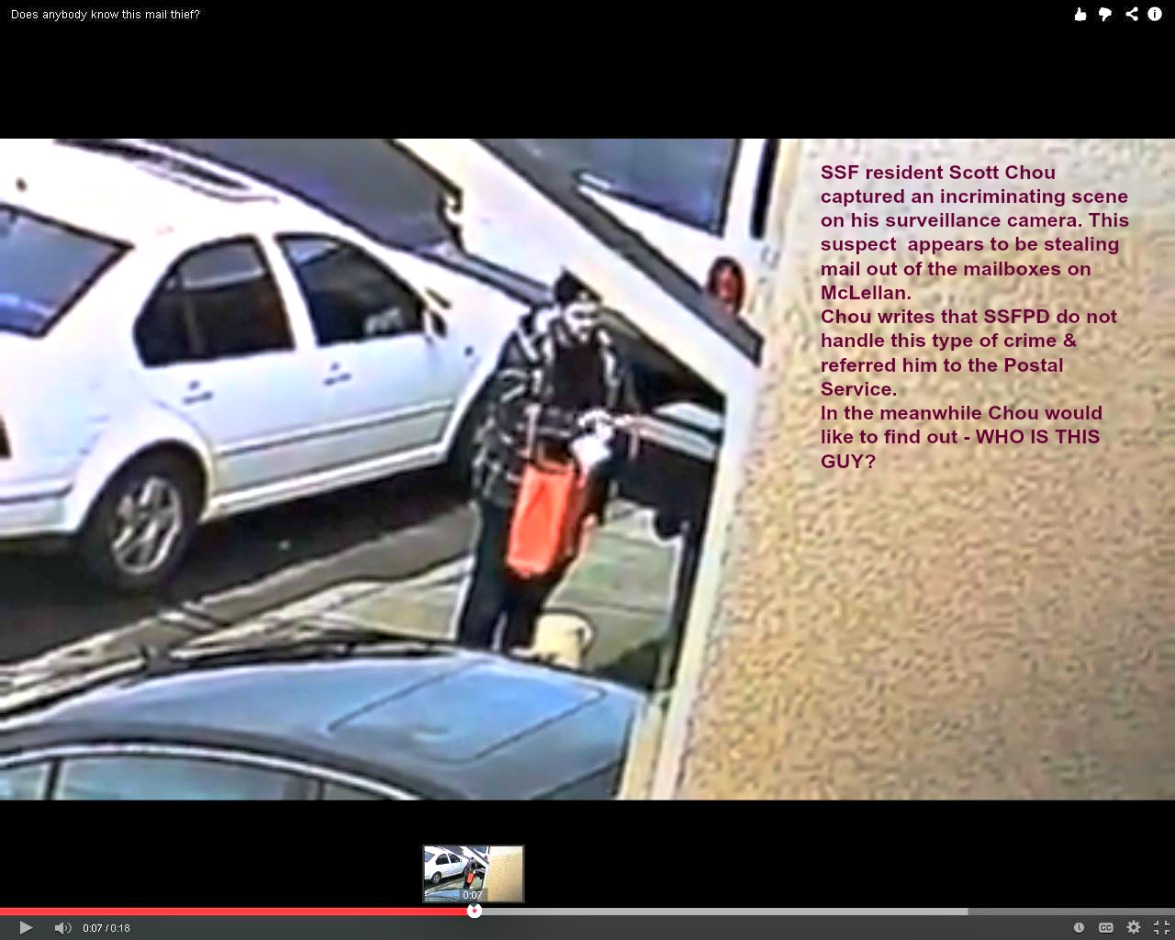