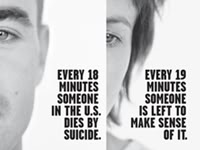 By the day’s end, somewhere in America, 22 families will grieve the shocking news their soldier has taken their own life.  This is according to the statistics released in 2012 by the Department of Veteran Affairs.  While some call this an epidemic others say that the self inflicted deaths of soldiers and ex-soldiers are no greater in number than the average American.

What we do know is that 22 soldier suicides a day is 22 more than acceptable and we can do something about it. And we do know PTSD (Post Traumatic Stress Disorder) is real and can be treated in many cases.  War is hell yet it doesn’t stop when our soldiers boots hit US soil, they bring it home in their mind, it becomes part of  the fabric of their life. How they cope with it will determine the rest of their life.

An article in the Guardian talked of a returning soldier from Afghanistan who began rubbing his hands over and over and constantly rinsing them under the tap.

“What are you talking about?” she replied.

He isn’t alone in his attempts to wash the horror away. For those who succeed in suicide how many others have attempted? How many more think about it regularly? 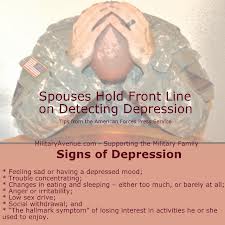 The recent reports of the 40 Veteran deaths at the Phoenix Veteran Affairs due to intentional lack of medical appointment scheduling shows there are times our Veterans must stand up for themselves and for each other.

Enter Dan and Doc, two combat injured vets, who are taking it upon themselves to bring awareness to these unnecessary deaths, these suicides that not only take the life of those who die, but also the life of those they leave behind. Dan and Doc are working hard to bring awareness of the problem to the public attention and also the help that is available for those that are suffering.  They have entitled this effort Project 22.

This effort came to my attention thanks to South City resident William Walsh.  There are many items  published  on ESC supporting our military and a few on suicides. It was a crushing blow to locals when we put the word out looking for a soldier that had returned to the US only to learn he was found dead by his own hand.  The Find our Soldier flyer was shared by so many neighbors with the hopes Jordi would return home and receive the help he needed for PTSD.

Please take a few minutes to check this out. I was honored to attend a lunch where one of these Hero’s spoke. I was absolutely god smacked to learn that we are losing 22 veterans a day to suicide. At this point we have lost more veterans to suicide than combat related injuries.

The movie Walsh refers to is the PROJECT 22  a feature-length, not-for-profit documentary that is needing funding to cover post production and distribution. The movie itself is complete and needs to be seen, to give hope and resources, to those who need it. Soldier helping soldier in the best ways they can just may be the connection needed to keep  another family from mourning the loss of their loved one.

Donations can be made HERE and are tax deductible. Please read more on this LINK and below and keep an eye open for this movie to come out this summer, with our help. What better way to thank a soldier than to help them or their brother/ sister.

Last year, two combat-wounded Veterans set off on a motorcycle journey across America. Their 6,500-mile mission was to raise awareness about the high rate of suicide amongst Veterans. During their journey, they interviewed researchers, healthcare providers, and Veterans, many of whom had either contemplated or attempted suicide and were able to identify the life-saving, sources of hope that these Veterans had found. Painfully inspired by the recent Department of Veterans Affairs estimation that 22 veterans commit suicide every day, this campaign is entitled Project 22.

In addition to the awareness ride, through fundraising efforts and the kindness and generosity of many, Dan and Doc were able to film their journey. Currently, they are working on completing a feature-length, not-for-profit documentary that melds a motorcycle road-trip and the stories about the servicemen and women they encountered into a hard-hitting and inspirational documentary. The trailer for the film can be viewed above. By highlighting the emotional individual successes and alternative resources found, the aim of the documentary is to prevent Veteran suicide by reaching Veterans and their families who are living with Post-Traumatic Stress (PTS) and Traumatic Brain Injuries (TBI) and give them hope for the future. The Project 22 film is scheduled for release in the Summer of 2014.

Statistically, 22 Veterans of the US Military will take their own lives and 22 families will lose loved ones today due to combat-related stresses and injuries. Project 22 follows two combat-wounded Veterans on a mission to find hope. Riding motorcycles from San Francisco to New York, Daniel and Doc speak with Veterans about post-war challenges that lead to suicide and the healing Veterans are finding in alternative forms of therapy such as sailing, pottery, education, service dogs and more.

Linda Cope, President of Warrior Beach Retreat in Florida, after an outstanding interview.

During the 6,500 mile journey, our riders interview leading researchers, mental health clinicians and educators who specialize in Traumatic Brain Injury and Post Traumatic Stress, as well as a leading expert in Warrior Culture and Combat Stress. Asking hard hitting questions and opening up about their own struggles, Daniel and Doc will stop at nothing to reach tomorrow’s twenty-two.