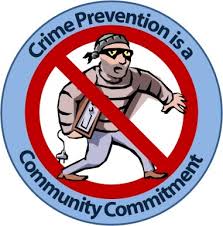 Everything South City received this message from one of our neighbors and was asked to share it with those in our community. Thanks to good neighbors who look out for each other. Let’s continue to band together for a ZERO TOLERANCE to crime in our city.

‘Last week, a neighbor on Sutton had their home burglarized.  Then, someone posted on “Nextdoor Winston Manor” that someone on Buxton also was burglarized about the same time.

Two days after the house on Sutton was burglarized at 1:30 p.m., a neighbor saw two young teens walking down the street toward Sutton who then jumped the fence at the dead end of a Sutton and went up the hill to Crown Colony.  These 2 teens, approximately 17-19 years old, one white and one dark skinned, both wearing beanies , 1 tall and thin and 1 shorter .  These 2 teens were carrying a pillow case stuffed and bulging with items.

The Police were called, and both SSF and Daly City searched the  grounds and the cemetery, with no luck.

Early this morning, 3:30 a.m., a neighbor on Dunman had his alarm go off as someone was trying to get in their locked back door.  The family has a large dog who is very watchful and barks, and this did not deter them.

So, besides burglarizing your home while you are gone, now they are doing home invasions which could jeopardize your safety.’

The South San Francisco Police Department is encouraging the community to partner together with the police to help curb the recent trend of increased residential and vehicle burglaries.

Unfortunately, South San Francisco has not been spared during the recent increase in property-related crimes documented across California.  The financial impact of burglaries is significant but pales in comparison to the damaged sense of security and safety felt by the victims of these crimes.  And when burglaries happen, tracking down the culprits often proves difficult as indicated by the fact that burglary ties for the lowest crime clearance rate according to the FBI.

“These suspects are just in and out.  They size up a house or car, figure out no one’s around, break in, ransack the place and flee with everything they can find.  It’s a shame but there usually isn’t any evidence or information that allows us to solve these cases,” pointed out Neighborhood Response Team member Officer Jason Pfarr.

Despite the difficulties associated with solving burglaries, the Police Department recently had success when they identified and arrested two separate burglary rings involving a total of at least seven people.  The information and evidence gathered through these two investigations solved numerous crimes extending through several neighboring cities and counties to include residential burglaries, commercial burglaries, vehicle burglaries, stolen vehicles, narcotics cases, identity theft, gun crimes and financial crimes.  Both of these investigations were initially brought to the attention of the police by attentive members of the Community who noticed and reported suspicious behavior.

Officer Pfarr continued, “We really do need our community to help us out.  People can take simple steps to lower their chances of being victimized.  Also, we need people to let us know right away when they see suspicious activity.  Something like simply writing down a suspicious car’s license plate could be the one piece of information that ends up solving multiple crimes.”

Residents of South San Francisco are encouraged to immediately report any and all suspicious activity.  It is often the little details reported in a timely manner that lead to solving property crime investigations.  Information can be reported via the Police Department’s main line at 650-877-8900 or via the Tip-Line at 650-952-2244.

Police throughout the state are contending with an increase in property crime rates but the members of the South San Francisco Police Department have identified the best secret weapon to combat this issue – the observant members of this community.