Raccoons playing soccer at night? What? Reading a bit further I realized this was a young group of guys operating below radar to own the streets at night for the love of street soccer. They were edgy, trendy, and interesting. They invited me to meet them a bit before midnight at a somewhat desolate place to learn more of who they were, what they were about.  I put it off until the timing worked to meet up during the day at Starbucks.

I arrived on time and waited and could not find my contact. A text message made us realize we had been only a few feet away from each other. Ricardo Ortega appeared as a rather quiet young man, until he started talking of street soccer. His passion surged forth and it was easy to be taken into his visions of what he saw for the future, based on what he had seen as a youth.

His major concern is for our teens, especially those in middle school, who are more vulnerable to making wrong decisions that may dictate the rest of their lives.  He saw how easy it was for lives to be lost when 3 of his former classmates, Omar Cortez, Gonzalo Avalos,  and Hector Flores were gunned down and killed in December 2010 on 8th Lane.  He knows the struggles on the streets and knows the way out is through focus and education. And he knows street soccer is a way make that happen.

I met with Ricardo multiple times to understand his dream a bit better and I’ve watched him grow his organization from a rag tag underground team to some serious tourneys that have included up to 30 of our youth from Parkway Heights Middle School. The groups motto, DREAM, BELIEVE, ACHIEVE is more than a slogan – they live it. In October 2013 I accompanied Ricardo and a few of the Urban Street Empire board members to our City Council Meeting where they described their vision.One of the most doable short term goals  is to raise $500 to help with sports gear for Parkway Heights Middle School students. Mayor Matsumoto immediately stated she was committed to seeing it funded 100%. In addition Ricardo has designed sportswear for sale with proceeds going to the team goals which include the long term vision of a local sports center which would include study halls. 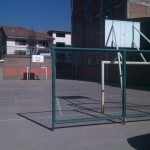 Another short term goal is to see dual use for our existing basketball courts to include street soccer goal post.  He has researched this and found a local South City manufacturer who could accomplish this for $500 per post.

Ricardo works full time in the construction field while attending college, organizes street games, tourneys, designs the clothing line and keeps up with the group’s social media.  And plays soccer with a passion. While there was some concern with playing time and surfaces from the City, Ricardo and his group have been able to work through logistics and have now brought their group into a legitimate tax paying entity.

They still have far to go to realize all that they want to accomplish and the community would be wise to watch and support this upcoming street soccer trend. While we value the roots of our established love of sports, namely baseball in South City, we need to recognize the new generations interest and direction. They are our future. 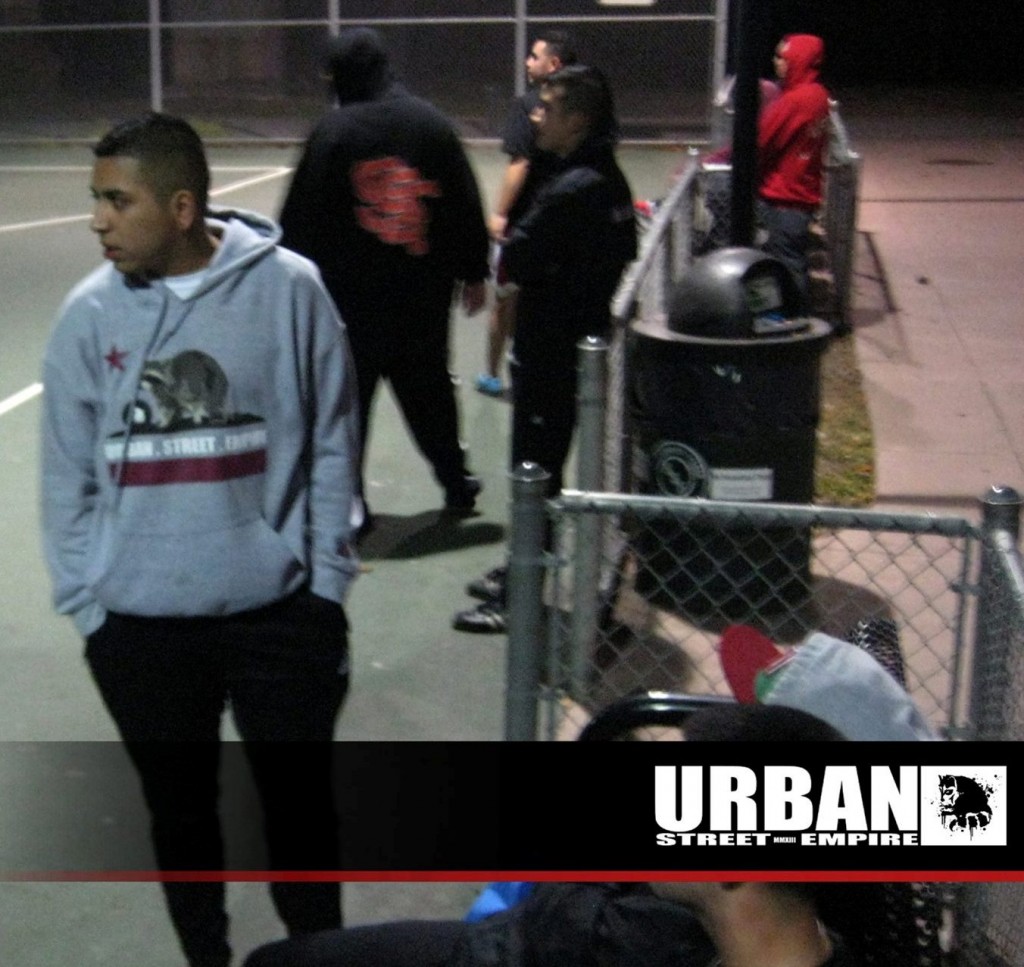 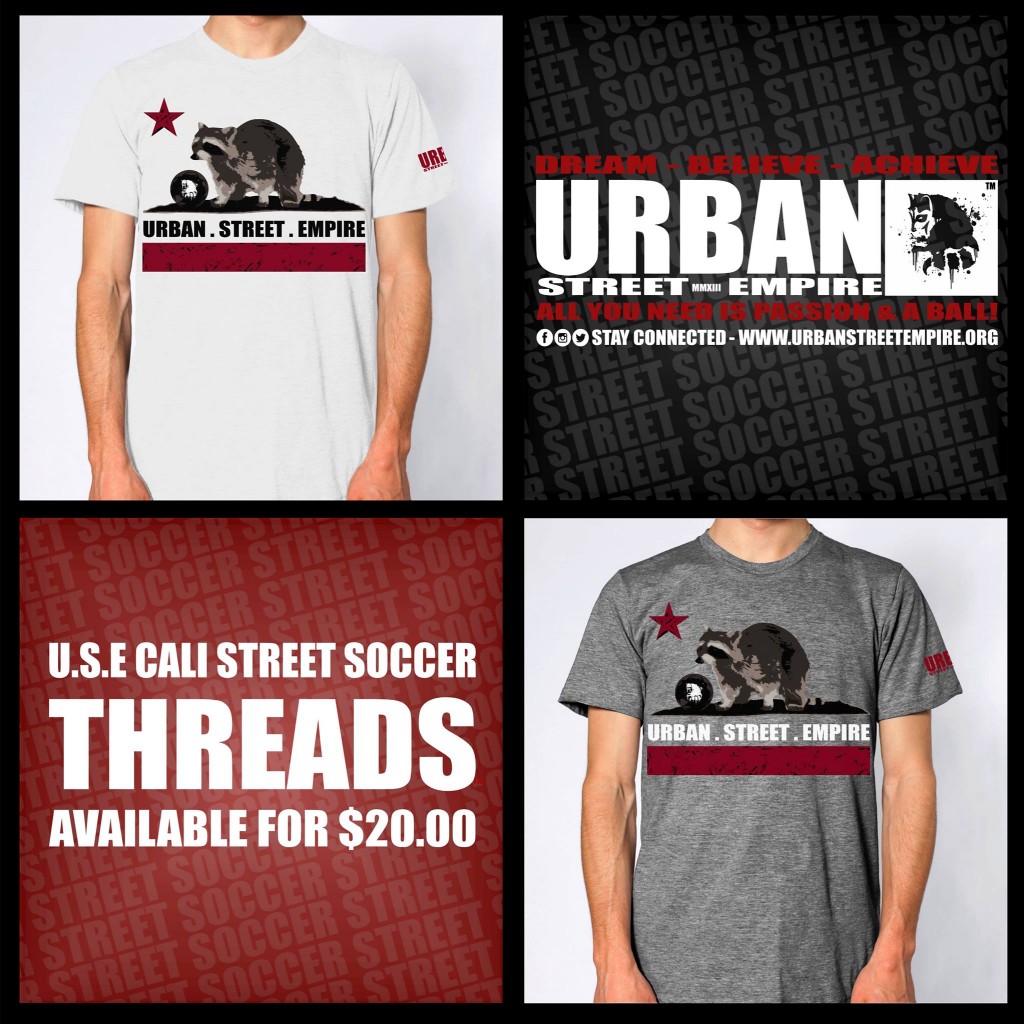 We are Urban Street Empire, a new organization that’s taking the sport of soccer, from the pitch back to the streets across the U.S. Starting in our hometown South San Francisco; Our Industrial City. We have created & designed an entire clothing line for you guys to enjoy & for us to be able to fund our goal. Our goal is to build a diverse sports complex facility, that would include an indoor gym, a study center for students and local kids, where they could have access to computers, internet, tutors, or any other type of resource in order for them to complete their school assignments and a space for them to feel safe and comfortable. These facilities will guide our youth to a successful & bright future in life or on the pitch one day.

There are many talented soccer players out there that have fallen in the wrong path for various reasons & we are here now to prevent & change the course of their future by giving them new opportunities, to help those in need & to save lives through sports & academic support for generations to come!

We are dreaming, we believe, & we are going to achieve this goal, with passion & a ball! Support us, by representing the Urban Raccoon & hit the streets to have some fun!

In South San Francisco, CA. We organize pick-up soccer games at Orange Memorial Park, the local kid’s come out, every other night to relieve some stress from there everyday lives! If you are in the area & would like to come out & join in on the fun, check out our facebook page for dates & times.

If you are passionate about something, pursue it, no matter what anyone else thinks. That’s how dreams are achieved. Help us achieve our dream! preventing kids from heading to the wrong path!
Spread the word!